The ancient Egypt was the scene of one of the most important ancient civilizations.

It is located in the far northeast of Africa, in a desert region, cut south by a narrow and fertile valley through which the Nile River flows.

Life on the banks of the Nile River was watered by the flood cycle, which when returning to normal, left the soil covered with a very fertile slime, which facilitated the practice of agriculture.

Formed from the mix of diverse peoples, the population was divided into several clans, organized into communities called monos, which functioned as if they were small independent states.

Around 3200 BC, the two kingdoms were unified by Menes, king of upper Egypt, who became the first pharaoh, creating the first dynasty that gave rise to the unified Egyptian state.

A long period of Egyptian society’s heyday began – the era of the great pharaohs. 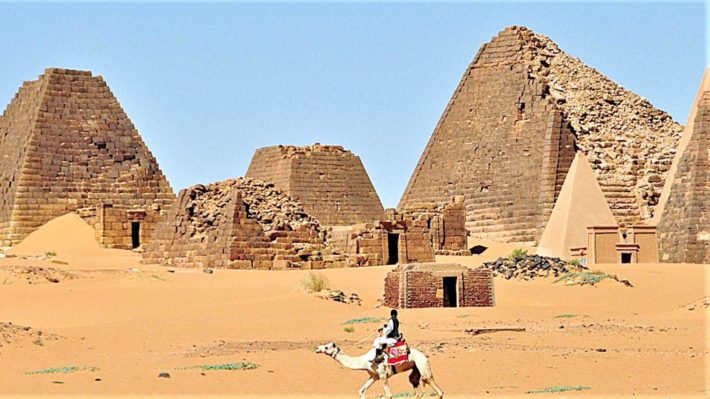 The ancient Egyptian society was rigidly divided and there was hardly any social mobility in it.

At the top of society was Pharaoh and his immensity of relatives. Pharaoh was revered as a true God.

Therefore, the government was considered a theocratic monarchy. Being the political head of a state, he had immense power over everything and everyone.

The priests formed together with the nobles, the royal court. The nobles formed an hereditary aristocracy and made up the military and landlord elite.

Officials were in the service of the state to plan, oversee and control the economy. The craftsmen were salaried workers who performed different trades.

The peasants made up the bulk of the population, engaged in agriculture, and were forced to pay high taxes. The soldiers were foreign mercenaries hired by the state.

In Egyptian society, women had a prestigious position. They could perform any political, economic or social function on an equal basis with men of their social category.

Mummification was the technique developed by the Egyptians to conserve the body, for death only separated the body from the soul.

Life could last forever, as long as the soul found in the tomb the body intended for its dwelling. For them, after being judged and acquitted by the court of Osiris, the soul came in search of the body.

Mummification consisted of extracting the viscera and immersing the body in a mixture of water and sodium carbonate. Then aromatic substances such as myrrh and cinnamon were inserted to prevent spoilage.

The body was wrapped in strips of cloth with special glue to prevent contact with air.

Placed in a sarcophagus, the body was carried to the tomb, which could have been simple or immense pyramids, where the pharaohs were set aside in a secret chamber.

The main art developed in ancient Egypt was architecture. Deeply marked by religiosity, it turned mainly to the construction of great temples (abodes of the gods), such as those of Karnac, Luxor, Abu-Simbel and the famous pyramids of Giza (tombs of the pharaohs), attributed to Cheops, Chefren and Miquerinos.

Egyptian sculpture reached its peak with the construction of large proportions such as the sphinxes and statues of the pharaohs. Small works such as stone or wood sarcophagi deserve attention, in which artisans sought to reproduce the features of the dead to help the soul find the body.

They even had crystal pupils in their eyes. The painting represented scenes from everyday life, allowing today to reconstruct the daily life of the Egyptians.

The Egyptian economy was based on agriculture, mainly wheat, barley, fruits, vegetables, flax, papyrus and cotton. The Nile River was responsible for moving the economy and securing political unity in ancient Egypt.

On its waters depended the lives of thousands of people. The construction of dykes, reservoirs and irrigation canals was the task of the state. Fishing, hunting and breeding were developed.

A feature of the economy was that there was no private ownership of the land, which belonged to the community as a whole. Peasants and artisans were obliged to give part of their produce to the state in exchange for the right to cultivate the soil.