This area between the chain of the Dragon Mountains and the central steppes of the Kalahari was reached, as a last refuge, by the predominantly Bantu populations, driven further and further north by the great Anglo-Boer expansion.

In the southern part of the country, the warlike Matabele, a Zulu sub-tribe, settled in the first half of the 19th century.

Towards 1827 Moselekatze, head of the Matabele, went north-west and took up residence on the left bank of the Marico river, a tributary of the Limpopo, after having eliminated all the previous inhabitants, that is the tribes of the Marolong, the Beciuana, the Mantatis and the Batlapin.

In the years from 1829 to 1836 many English missionaries entered the region and established relationships with Moseklekatze. On March 3, 1836, Sir Benjamin D’Urban, governor of the Cape colony, concluded a treaty of peace and friendship with him.

Instead the Boers adopted a completely different policy, occupying the territories of the Matabele and provoking bloody struggles. And in 1837, with a powerful offensive, they took the whole territory destroying the villages and making the inhabitants a real carnage.

According to Abbreviationfinder, an acronym site which also features history of Botswana, the Matabele left their region which remained in the hands of the most troubled indigenous leaders, always fighting each other, fueled by European adventurers in search of diamonds.

Indigenous chief Khama, in an attempt to restore order in the area, sought protection from the British government. And this, however, in 1884 tried to convince him to the annexation of this territory to the Cape Colony, which declared itself willing to do so as long as London would bear all the costs.

In March 1885 the region north of Molopo became an English protectorate and was called “Bechuanaland Protectorate”, while in the following September the area south of the river became a colony with the name “British Bechuanaland”.

The direct action of England sprang from the aims of the Germans and the Portuguese who aspired to join their colony of the Atlantic Ocean with that of the Indian Ocean, crossing Southern Africa.

Then, in 1887, his son, Lobenguela, succeeded Moselekatze, and the following year he signed a pact with England, undertaking not to give any part of the territory to Germany and the Transvaal.

In 1895 British Bechuanaland was annexed to the Cape Colony. And as had already happened with the other colonies, the South African Union also tried to conglobate the area of ​​the protectorate by making numerous requests to the London government.

And England, which was already not at all inclined to meet these demands, stiffened even more when in 1948 the nationalists arrived at the helm of the South African Union, who made racial discrimination their main occupation. Indeed, in contrast to the economic boycott threatened by members of the South African government, Strydom and Verwoerd, England began to develop a political plan to give autonomy to the natives in a short time.

Until December 1961 the head of government was a high commissioner reporting directly to the Commonwealth Relations Office, while on the spot a resident commissioner provided all that was necessary. And in 1962 it was a local chief executive to answer for the work at the “Colonial Office”.

In 1961, the nationalist “Bechuanaland People’s Party” was formed, founded by all political refugees from South Africa and the West. But the first elections, those of 1965, were won by the “Bechuanaland Democratic Party”, founded and headed by the noble Seretse Khama, head of the Bamangwa tribe. When independence came with a new Constitution on September 30, 1966, St. Khama became President of the Republic, which was called Botswana, the capital of Gaberones.

The 1969 and 1974 elections had the same result and Khama, although conservative and liberal, also leftist elements participate in the most important governmental issues.

Since 1973 work began on the development of education and health and efforts were made to level the differences in incomes, especially in the mining areas.

Due to its particular geographical position, Botswana had to maintain good relations with all neighboring states; rejected racist politics; welcomed a few thousand refugees; he established diplomatic relations with the Soviet Union and with the Eastern countries, while maintaining his non-alignment and receiving financial aid from the United States for the construction of the Francistown-Lusaka railway.

On July 13, 1980, at the age of 59, Sir S. Khama died. He was succeeded by his deputy, Q. Masire who, while remaining moderate, was able to give the government a little more vitality. He was at the time one of the founders, with Khama, of the government party which in October 1984 still won the elections. And so also in 1989.

Thanks to the continuous improvement of mining activities, the country always reached better economic levels; unfortunately, however, not followed by food. And for this reason Botswana had to remain under the dependence of South Africa which, often, attempted raids on the territory with the excuse that the local government was conniving with the anti-racist movement.

Despite being part of the “Front against apartheid”, Botswana always had to try to maintain contact with the government of Pretoria, just to avoid incurring economic sanctions. 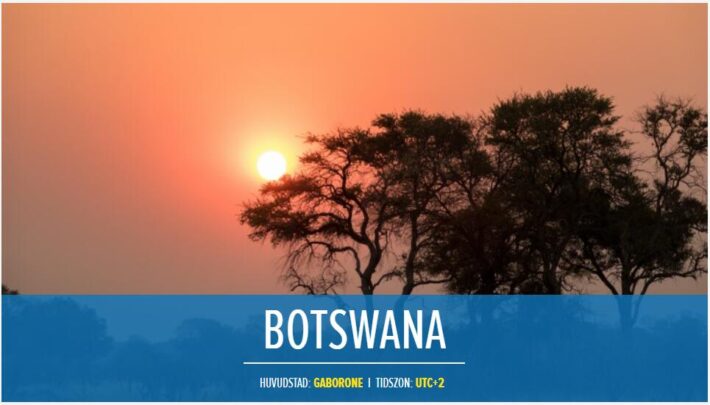 Then, after a period of good performance, mainly thanks to the mining industry, Botswana’s economy set the pace and in October 1989, after winning the elections, Masire in spite of himself had to register strikes and demonstrations; yet in 1991 he laid off 12,000 public sector workers.

In the years 1992 and 1993 many episodes of corruption came to light among the leaders of the ruling party and, consequently, the 1994 elections saw a sharp drop in votes. However Masire remained confirmed.

Immediately afterwards there were demonstrations and acts of guerrilla war between students and police in January-February 1995; then again scandals among government officials. So, in August 1997, at the specific request of the oppositions, Parliament passed a resolution under which the presidential term was limited to two five-year terms.

On March 31, 1998 Masire did not stand in the elections and left the post to vice-president F. Mogae of his own party, and did not even stand in the 1999 elections.

With the end of apartheid, Botswana and South Africa improved their relations and the country also had a visit from Nelson Mandela.