The Congo case refers to the two Norwegians Tjostolv Moland and Joshua French who were indicted and convicted of the murder of Congolese Abedi Kasongo on May 5, 2009 in the Democratic Republic of Congo.

The case attracted great interest both in DR Congo and in Norway, and the Norwegian and Congolese authorities were involved in the case at the highest level.

Moland was found dead at a prison cell in Kinshasa in 2013, while French was returned to Norway in 2017.

Due to the unstable security situation, DR Congo has a large market for private security companies. Various companies operate both legally and illegally with everything from arms trade and military services to logistics and securing private property and foreign workers, including the UN.

Both Tjostolv Moland and Joshua French had military backgrounds from Norway and the United Kingdom (French with dual citizenship), and later worked with security services in various African countries. In 2008–2009, they had a base in Uganda with a mission in DR Congo for the private security company Special Intervention Group (SIG), led by Norwegian Torgeir Friksen. It is unclear what kind of services they offered, but at this time French stated to the Joint Council of Africa that they were working for peace but also for money and excitement. 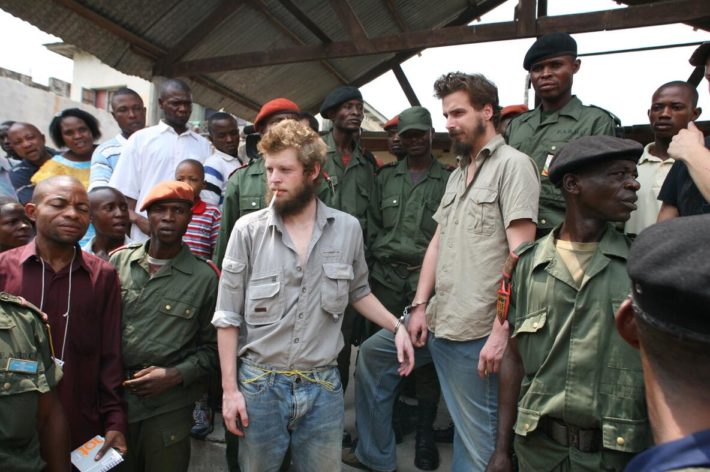 Tjostolv Moland (TV) and Joshua French following the sentencing in Kisangani, Congo in September 2009, when convicted, were sentenced to death for, among other things, espionage, armed robbery, possession of illegal weapons and the murder of Abedi Kasongo.

On May 5, 2009, 42-year-old six-year-old father Abedi Kasongo was found killed on the road in the town of Bafwasende, east of Kisangani. The killing happened on a trip where Kasongo worked as a driver for Moland and French. The two Norwegians fled the scene and into the Okapi National Park, where French was arrested three days later, before Moland was also arrested shortly after.

Also present in the car when the killing happened were the two passengers Gina Kepo Aila and Kasimu Aradjabo. Both of them claimed that it was Moland who shot Kasongo. Moland and French have rejected this on a number of occasions. They claimed that Kasongo was killed during an attack by bandits, in a conspiracy in which the two passengers also participated.

During the arrest, Moland and French wore both Norwegian military ID and ID cards with the deck names John Hunt (French) and Mike Callan (Moland) who linked them to SIG. They were therefore considered to be military and brought before a military court in August 2009. 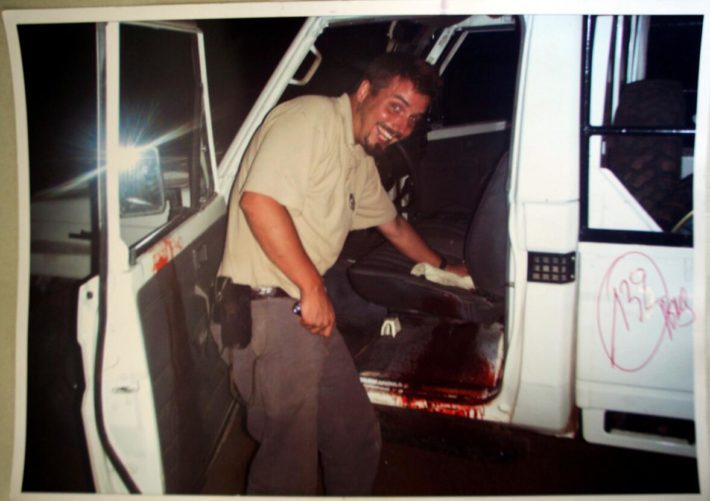 On September 8, 2009, they were sentenced to death for espionage, murder, armed robbery and possession of illegal weapons. The death sentence in Congo usually means life in prison rather than the death penalty, since the last state execution was carried out in 2003. In addition, Congolese authorities promoted a claim of NOK 360 million against Norwegian authorities. This was not accepted by the Norwegian authorities. The verdict was appealed.

During the appeal two months later, a letter written by Moland dated November 7, 2009 was read out in which he admitted to accidentally killed Kasongo. French disputed this, and questioned Moland’s mental state, which was also a widely discussed topic during the appeal.

June 10, 2010, both Norwegians were once again sentenced to death, but only Moland is convicted of the actual killing of Kasongo. This judgment was not appealed.

The Atonement and Moland’s death

Moland and French were initially jailed in Kisangani, but in December 2011 were transferred to Ndolo prison in the capital Kinshasa.

Congolese prisons rarely cover the basic needs of prisoners such as food and clean water to a sufficient extent, and prison sentences are therefore often fatal for prisoners who do not have family or friends who provide them with them during visits. The poor sanitary facilities often lead to illness, and access to medicines is very limited.

Regular visits from the mothers of the doomed Norwegians, Mathilde Moland and Kari Hilde French, as well as Norwegian assistance from the consulate in Kinshasa were essential to keeping the two alive.

Ndolo Prison is considered the best in DR Congo, but while the official capacity is 500 inmates, it can hold up to 5,000. Moland and French were among the few with their own cell.

On August 18, 2013, Moland was found dead at a cell. Both Congolese and Norwegian forensic medicine obstructed Moland and concluded suicide by choking. However, Congolese authorities withdrew the original autopsy report, accusing French of killing Moland. French was tried in February 2014 and sentenced to life in prison for the murder. Due to poor health, French sometimes lived in an apartment in Kinshasa with guard, a very unusual treatment of a prisoner in the Congo.

The release of French

After several rounds of negotiations, French was finally transferred to Norway on May 17, 2017.

There have been several speculations about the reasons for the release. According to journalist Fredrik Græsvik, the very influential Israeli businessman in the Congo, Dan Gertler, was involved in getting French delivered to Norway. Gertler is a close business partner and friend of President Joseph Kabila, and was engaged through Israel’s former President Shimon Peres.

According to the NRK podcast “Two White Men”, the Gertler track did not lead to the release. On the other hand, the diplomat Arild Øyen was central from the Norwegian side together with the Norwegian consulate in Kinshasa. He knew both the region and Central Congolese, including former Foreign Minister and then-Justice Minister of the Congo. A meeting between the mother of French and the wife of the slain driver Kasongo was also crucial, according to this podcast.