Djibouti is a republic in northeastern Africa, on the Horn of Africa, on the coast where Bab al-Mandeb meets the Gulf of Aden. Border in the north to Eritrea, in the northwest and west to Ethiopia and to Somalia ( Somaliland ) in the south. The country is the third smallest on the African continent. It is the third smallest country on the African continent and is somewhat smaller than Trom’s county.

Djibouti became independent in 1977. The country is poor and has strong ties to the former colonial power of France. Climate is dry and hot. Djibouti is strategically located on some of the world’s most important shipping routes. The capital is Djibouti.

Djibouti (the name) is after the capital’s name which is of uncertain origin.

The cut-in coastline is 314 kilometers long. Apart from the plains of the Gulf of Tadjoura, Djibouti consists mainly of a rock desert with lava layers and volcanic hills and mountains. The highest point is Moussa Ali Terara, 2021 meters above sea level, on the border with Ethiopia and Eritrea.

Mistakes have caused declines with the salt lakes Alol and Assal. The latter is about 155 meters below sea level and is Africa’s lowest point. Nearly 90 percent of the area is desert landscapes. The Ambouli underground watercourse is an important source of fresh water. 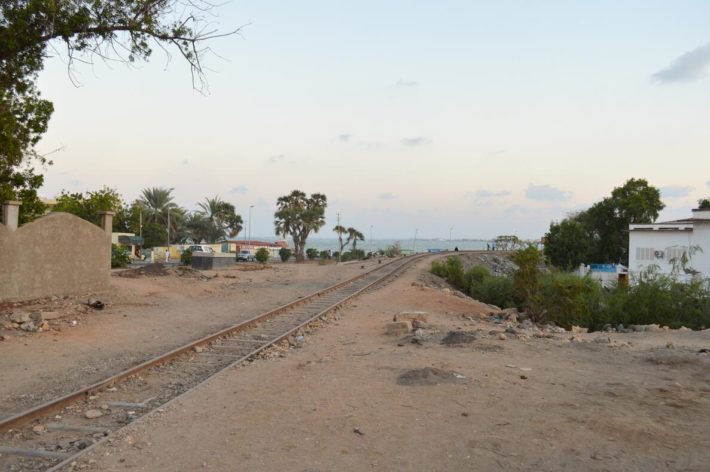 The climate is dry with higher humidity at the coast; much of the country receives little rainfall since it lies in the rain shadow. The capital Djibouti has an annual average temperature of 30 o C, which is one of the highest in the world. Coldest month January is a middeltemparatur at 25 o C and warmest month is July with a mean temperature of 37 o C. In the eastern Djibouti exceeds the temperature of and 41 o C and the highland, the December drop to freezing. Annual rainfall is about 125 millimeters on the coast and 500 millimeters in the mountains, and falls mainly from October to April. Djibouti is often hit by drought and sometimes flood.

The country has marked desert vegetation with low thorn bushes and some grass. There are some permanent forests in the mountains. Along the river tracks there are dumps and parts of the coast have mangrove marshes. There are about 820 species of vascular plants.

The mammals include, among other things, baboon, lynx, jackal, zebra, antelope and gazelle. In coastal waters there are dugong (a sea cow) and two species of sea ​​turtles. At the salt lakes there is a rich bird life; around 360 bird species have been detected in the country.

French and Arabic are official languages; other languages ​​are somali and saho afar; the latter is the dominant spoken language.

Muslims (almost all Sunnis ) make up 94 percent of the population, Christians 6 percent.

Due to strategic location and political stability, Djibouti is a transit point for migrants and asylum seekers. The country has had refugees and asylum seekers, mostly Somalis but also Ethiopians and Eritreans, in camps for more than 20 years. In the capital, there are many refugees from Yemen.

Djibouti is a unified state and formally democratic republic. The president, who is elected for five years and can be re-elected twice, has very strong power. The country constitutes one constituency. It is divided into 5 regions and one metropolitan region.

The National Assembly has 65 members elected for 5 years.

The defense consists of army, air force and navy, as well as semi-military forces and a national security force. French and American forces are stationed in the country. There is voluntary military service for men over the age of 18.

Djibouti is a member of the UN and the UN’s special organizations, the World Health Organization, the Arab League, the African Union (AU) and the Cotonou Agreement.

Because Djibouti has a lot of desert and few fertile areas, it was thin settlement in ancient times, substantial nomads that settled for short periods. Eventually immigrated Afar of Ethiopia and Eritrea and the Somali people issa from the south. The Issa drove the Afars from the southern parts and settled in the coastal regions.

In 825, missionaries brought in Islam. The Arabs controlled the trade in the region until the 16th century, when the Portuguese began to compete for it. As these expanded further eastward, the Arabs regained dominance and established a trading station in Tadjoura. It was connected to the Ethiopian Plateau via caravan routes.

The French settled at Obock in 1859. Obock and Tadjoura became French protectorates in 1884 and merged into the French colony of French Somaliland in 1896. The construction of the railway from Ethiopia to Dire Dawa in 1903 and to Addis Ababa in 1917 made the capital Djibouti (founded 1888) to an important shipping port for Ethiopian goods. Road construction in 1924–1934 opened up the inner regions.

In 1946, the area’s status was changed to French overseas territory. Political environments arose and separate national assemblies were created, but the French governor was the supreme authority. In 1967, French Somaliland gained expanded internal self-government called the French Afar and Issa Territories. Ten years later, a referendum led to a large majority for independence and on June 27, 1977, the territory became independent under the name Djibouti.

Much of the time after independence was characterized by unrest between the Afar people and the Issa. The first president, Hassan Gouled Aptidon, to some extent quelled the unrest with his one-party government with the People’s Progress Movement (RPP), and Aptidon was re-elected without a counter-candidate in 1979. In the 1980s, all political opposition was banned. In 1990 there was an ethnic clash in the capital and new problems arose with refugees from the war zones in Eritrea and Ogaden. In 1980, Djibouti played a broker role on the Horn of Africa between the two enemies Ethiopia and Somalia in the 1980s.

In 1991, the conflict between the Afars and the Issas developed into civil war, and President Aptidon called for the year after military aid from France. Under pressure from the civil war and France, the president initiated a democratization process.

An economic cooperation agreement between Djibouti and Iran was signed in 1998 and agreements with Yemen and Libya in 2000. In 2002, the United States established a base in the country in connection with the US-led fight against terror, but the French military base is the largest. Due to its strategic location, Djibouti has over the years received large numbers of refugees, especially from Somalia.

Current President Ismail Omar Guelleh succeeded Aptidon in 1999 (Guelleh is Aptidon’s nephew). He got 100 percent of the vote in the election with one candidate in 2005 when opposition groups boycotted the election. After 2000, Djibouti has had strong ties with China.

Eritrean forces entered Djibouti in 2008, but withdrew three days later. In 2011, Guelleh was re-elected for a third six-year term.

Djibouti has few natural resources, relatively little agriculture and little industry. The economy is strongly driven by trade from ports.

Agriculture accounts for 2.9 per cent of GDP (2016). Among other things, vegetables and dates are grown, to a large extent by artificial irrigation. Sheep, goat and camel are important livestock for the many nomads. There is some fishing.

Industry comprises 20.8 per cent of GDP (2016). Gold, silver, lead, copper and zinc are extracted. Salt from the coast and from the salt lakes inland is an important export product to Ethiopia. There is a small industry with the production of food, mineral water and mechanical equipment.

The services sector accounts for 76.3 per cent of GDP (2016). With the international port and railway, the capital Djibouti is a central center for trade on the Horn of Africa, and business is concentrated here.

There are 5-year compulsory schooling formal, 4-year middle school and 3-year high school. It is 1 university, in the capital. About 30 percent of the population is illiterate. 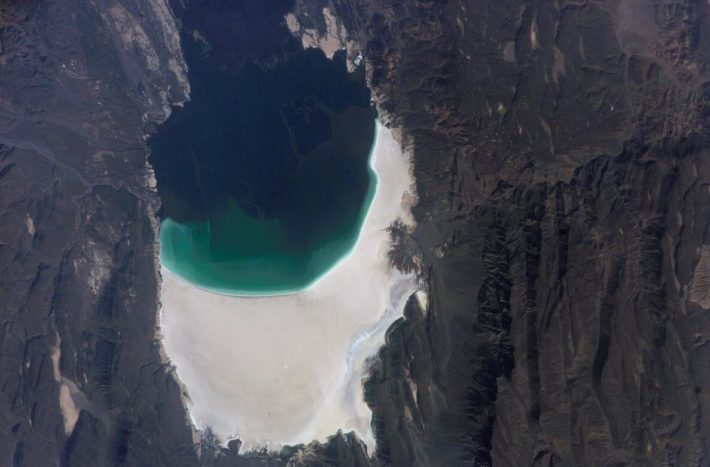 There are no daily papers, but a few weekly papers.

Djibouti has a long poetic tradition. Shibab al-Din (dead 1143) wrote the story ‘Futuh Al-Habash’. One of the most prominent living writers is the novelist and novelist, essayist and poet Abdourahman Waberi (1965–).

Football is the most popular sport.