After the 1992 constitution, Djibouti is a unified state and formally democratic republic. After the constitution of 1981, the country was a one-party state, from 1992 four parties were allowed, and in 2002 this restriction was lifted. Executive is added to a president who is elected in the general election for six years. The president’s position is very strong. The National Assembly has 65 representatives, who are elected in the general election for five years. The whole country constitutes one constituency. The voting age is 18 years. In the February 2008 election, a coalition of four parties supporting the incumbent president won all the seats in the National Assembly.

The judiciary, which is characterized by Islamic traditions, includes a supreme court, a court of appeal and a court of first instance in the capital.

The total force figures for Djibouti armed forces are about 10,450 active personnel, including about 2,000 personnel in a gendarmerie (2018, IISS). In addition, a semi-military national security force of about 2500 personnel and 150 personnel are on the coast guard.

The army has a strength of about 8,000 active personnel. Materials include 38 light trucks, 28 storm tanks, 43 armored personnel vehicles, an armored fighter and 15 self-propelled artillery. In addition, the Army has medium-heavy artillery and anti-aircraft artillery. 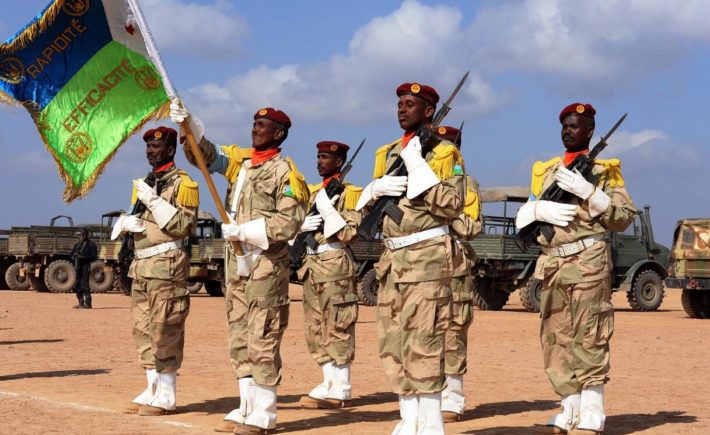 The Air Force has a force of 250 active personnel, six light transport aircraft, and eight helicopters.

The Navy has a force of about 200 active personnel, 12 patrol vessels and one landing craft.