Climate and weather in Egypt

Due to the location on the North African dry belt, most parts of Egypt have a subtropical desert climate. This applies to both the desert and the coastal regions of the Red Sea. The climate is characterized by year-round warmth and drought. On the Mediterranean coast of Egypt – for example in Alexandria – the climate is Mediterranean to subtropical. Here it is dry and warm in summer, while the weather is mild in winter. Occasionally, there can also be small rain showers here in winter. Temperatures on the Mediterranean coast are between 29 and 30 degrees Celsius in summer and between 17 and 20 degrees Celsius in winter. In the other parts of Egypt, such as the desert region, the Nile Valley and the coastal region on the Red Sea, which have a subtropical desert climate, it is warm and dry all year round. The daytime temperatures in summer are 30 degrees Celsius and higher. In winter it is still warm with temperatures between 24 and 28 degrees Celsius. Find out in my travel calendar when is the best time to travel to Egypt. 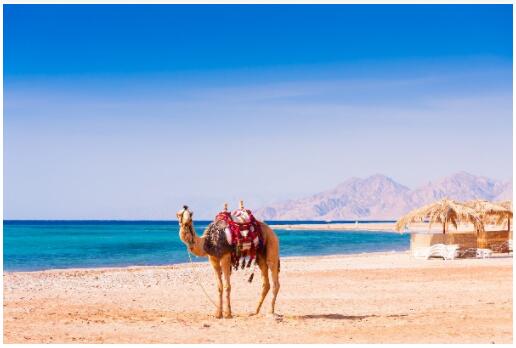