Egyptian Art was born over 3000 years BC and is linked to religiosity, as most of its statues, paintings, monuments and architectural works are manifested in religious themes. Thus, the interior of the temples, as well as the pieces or spaces related to the cult of the dead, were artistically elaborated. Tombs are one of the most representative aspects of Egyptian art.

This is because the Egyptians believed in the immortality of the soul and that it could suffer eternally if the body were desecrated. Hence the mummification and monumental character of the place where the mummies were placed, whose purpose was to protect them for eternity. 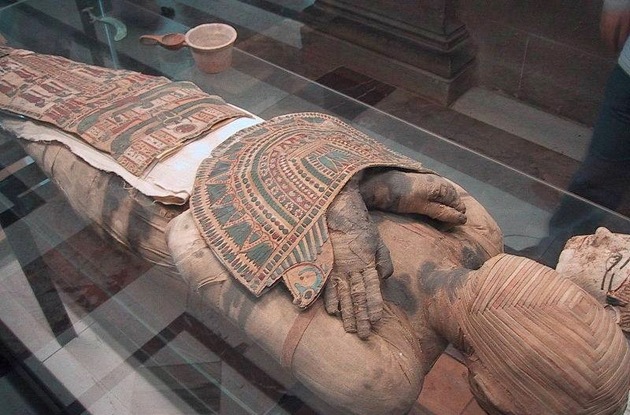 Pharaoh hired artists to draw and paint on the walls of the pyramids, which would become his tombs. These paintings detailed their lives and their surroundings, so this art records part of the history of Egypt. 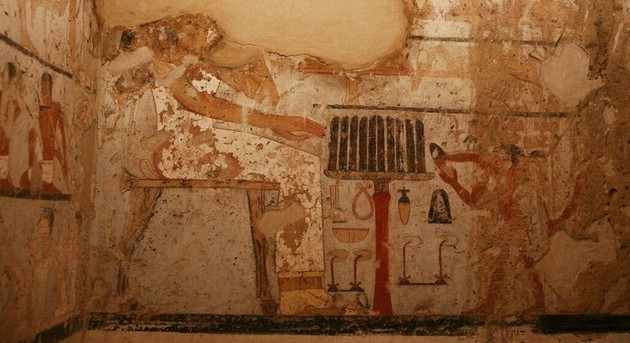 In this society, art was produced in a standardized way and gave no room for creativity. Thus, an anonymous art was made, because the important thing was the perfect accomplishment of the techniques performed and not the artists’ style. The dimension of people and objects did not characterize a relation of proportion and distance, but rather the hierarchical levels of that society. Thus, Pharaoh was always the greatest of the figures represented in a painting.

The inks used in these paintings were extracted in nature:

There were many norms to be followed in the painting and low reveal produced in Ancient Egypt:

The law of frontality is the most striking feature in Egyptian painting. This rule determined that people’s torso should be represented from the front, while their head, legs, and feet are displayed in profile. The eyes are also depicted from the front. This form of representation creates a visual side and front combination. 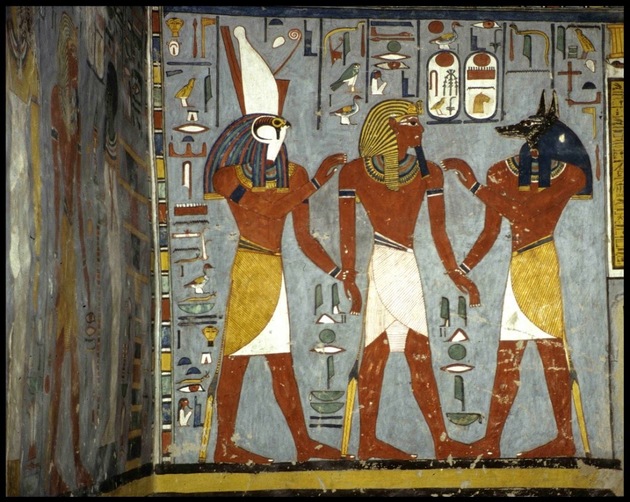 In the words of art historian Ernst Gombrich:

It’s worth taking a pencil and trying to reproduce one of these “primitive” Egyptian drawings. Our attempts will always seem unskillful, asymmetrical and deformed. At least mine look like it. For the Egyptian sense of order in every detail is so powerful that any variation, however slight, seems to disrupt the whole altogether.

Most of the sculptures of Ancient Egypt are depictions of pharaohs and gods, presented in frontal, static forms and without any facial expression. 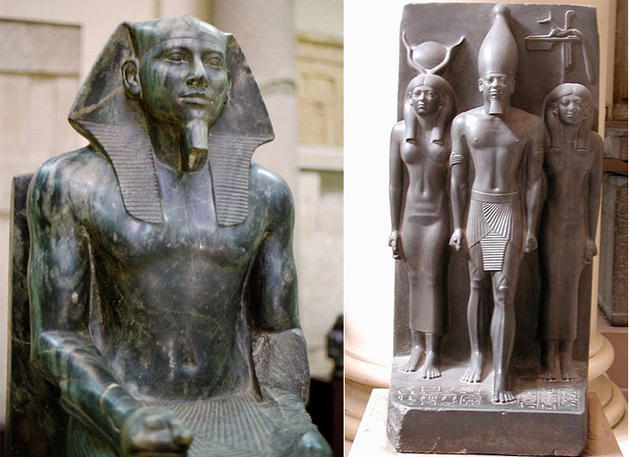 With lion’s body (represented by force) and human head (representing wisdom), the sphinxes are undoubtedly the most famous Egyptian sculptures. They were placed at the entrances of temples in order to ward off evil spirits. 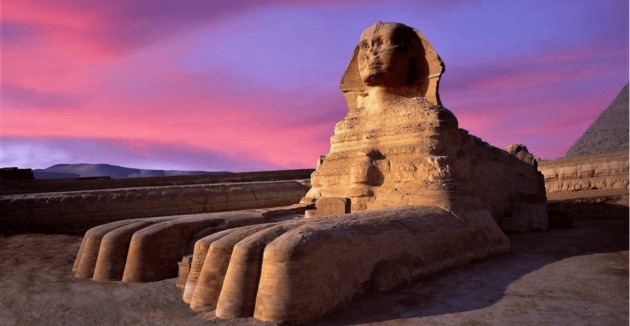 The architecture of this period reflects the functionality, which gave it solidness and durability unmatched for its time. The Pyramids of the Giza Desert are the most famous architectural works of Egyptian architecture. It is also in the Giza region that is located the most famous sphinx, the Great Sphinx of Giza. While the mastaba was the tomb of the Egyptians, the pyramids were the tombs of their pharaohs, who were considered God’s representatives on earth. It is important to note that the base of the triangle represented Pharaoh and its tip represented its connection with God.

Realistic wood-painted portraits were found and placed on the mummies in the period of Roman Egypt, when the Romans dominated the region. These paintings were mostly made in the Fayum region, located 130 km from Cairo, the country’s capital.