A large majority of the residents are Roman Catholics. The rest are Protestants or professing to traditional African religions. Christians, too, often have traditional elements in their faith.

During the 1970s, the Catholic Church was subjected to brutal persecution. All priests were imprisoned in 1973; many were tortured and killed. Religious gatherings were banned. In 1978, dictator Macías Nguema declared Equatorial Guinea an “atheist state”. By then he had already proclaimed himself “Equatorial Guinea’s earthly wonders” and his portraits were hung in all churches. After the dictatorship was overthrown in 1979, the churches were re-opened for services. Many Equatorial Guineans then applied to the church to have themselves or their children baptized.

The church has often adopted a regime-critical attitude. 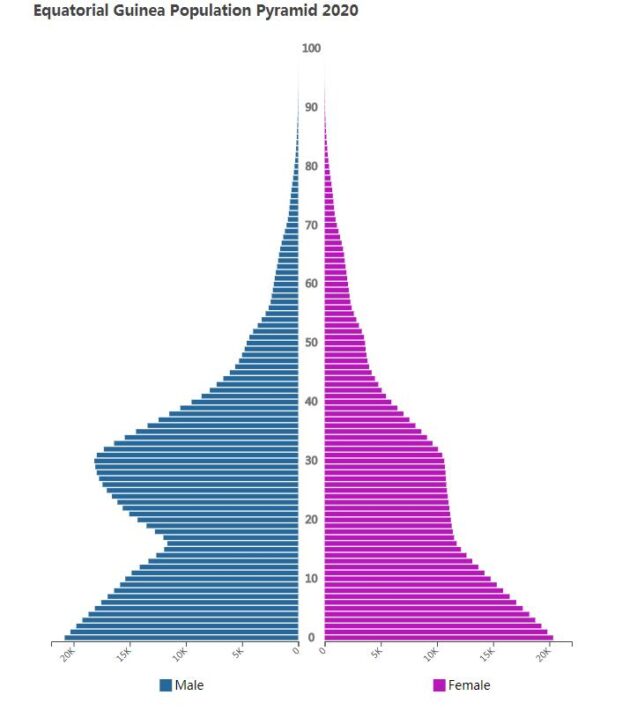 Tens of millions in fines for the vice president

An appeals court in France orders Equatorial Guinea’s Vice President Teodorin Obiang to pay $ 33 million in fines for using public funds to pay for his luxurious lifestyle. Obiang was already sentenced in 2017 for embezzlement of state funds and appealed against the verdict. The latest ruling means that the fine will be raised and that the amount will go to charity in Equatorial Guinea, among other things. Obiang’s assets in France will now be seized. Between 2000 and 2011, Obiang bought everything from a large estate and genuine art to jewels and luxury cars. He denies the crime and says he bought the stuff for his own money. The regime in Equatorial Guinea responds with anger to the verdict and says that the French judiciary should not interfere in Equatorial Guinea’s internal affairs.