Geologically, the land is a flat bedrock area, which in the southeast turns into sandstone plateaus. The bedrock is largely covered by quaternary sand deposits in wide plains of dunes and gravel, and Mauritania forms the western part of the Sahara, the world’s largest desert area. At least 50% of the country’s surface is covered with flying sand that is constantly moving. All the way to the south, the dunes are often stable and covered with vegetation. In the north, where there is little vegetation, they form large parabola dunes or isolated, crescent-shaped bark cocks moving with the prevailing wind direction from northeast to southwest. The country’s highest part, the Adrar Plateau, rises to approx. 600 masl furthest north on the border with Western Sahara. Substantial surface erosion has left many isolated peaks; some of these resemble elongated ridges, kedia, others have conical shape, guelb. In this area lies the lonely circular Richat Formation, which is easily visible from space.

Plant and wildlife in Mauritania

The vegetation is rainfall dependent and therefore gradually changes from south to north. In the south there are savanna with grass species and scattered monkey bread trees. It gradually moves into the Sahel belt, where the vegetation is steeped and no longer continuous. Here, trees are rare, except for scattered acacias. The flora is otherwise composed of thorny shrubs and wort flour species as well as annual grasses and herbs, which sprout this year with abundant rainfall. In the north, there is a desert where vegetation is lacking, except in oases and some wadi, desiccated river beds that only occasionally or periodically carry water.

The large game population is sharply reduced due to. hunt. The mendes antelope (addax) is the only large mammal in the sand desert. On steppes and in the desert, ostriches, leopards, warthogs and gazelles live. Antelopes, elephant and lion are found on the savannah furthest south. More than 550 bird species have been observed. More than a million waders winter at the Banc d’Arguin furthest north on the Atlantic coast. Wildlife is also rich in Diawling National Park on the Senegal River. 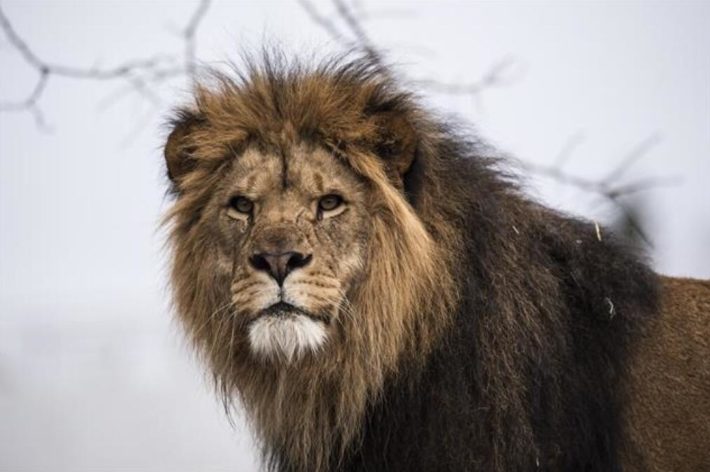 Most of Mauritania consists of low lying vast plains of sand and gravel that make up a large part of Western Sahara. More than half of the land area consists of desert sand with fly sand. The highest part of the country is the Adrar Plateau in the northwest. Here is the country’s highest point Kediet not Jill, 915 meters above sea level. The desert extends to the 754 kilometer long and narrowly cut coastline. The Senegal River forms the southwest boundary and is the only watercourse watercourse throughout the year.

Mauritania is in the zone between the dry Sahara and the semi-arid Sahel. The climate is warm and mostly dry. Cool seawater and sea breeze give the coast a more temperate climate than inland. In the northern two-thirds of the country, rainfall is lower than 100 millimeters per year and varies greatly from year to year. In the far south there is a narrow zone of 500-650 millimeters of annual rainfall mainly in August-September. In southern parts, the average temperatures are around 27 oC in August and 33 oC in April, in the middle parts about 21 oC in December and 34 oC in June. The coolest months on the precipitous coast are December / January with about 9-21 oC and the warmest month is September with 26-30 oC. Mauritania has had several drought disasters and desertification is a major problem.

In the north, desert with no vegetation is missing except in wadier (dried-up river beds only occasionally with water) and in oases. The vegetation changes gradually from north to south. The Sahel Belt has steppes with scattered thorn bushes, acacia trees and grasses and herbs that sprout after much rainfall. In the southwest there is a narrow strip of savannah with scattered monkey bread trees and grass.

Mendes antelope (addax) is the only large mammal in the desert. On the steppe and in the semi-desert, among others, live leopard, gazelle, warthog and ostrich. On the savannah farthest to the south and by the Senegal River live among other hippos, elephant and lion. Wildlife is threatened with extinction due to hunting and hunting. 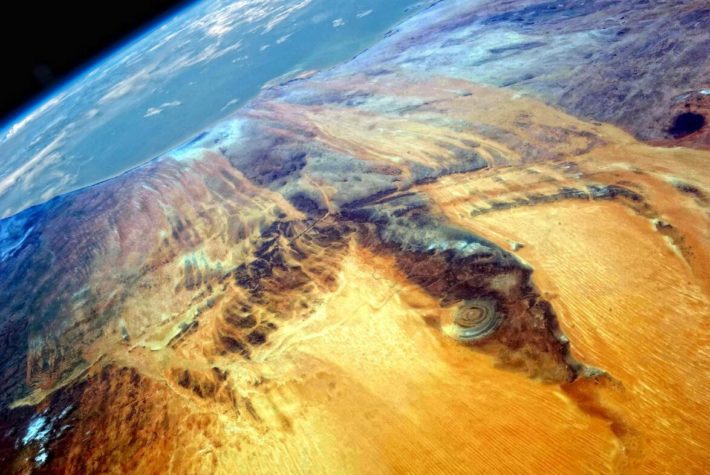