This Guinea was the first to have a real colonial occupation. In 1610, after other unsuccessful attempts, a commercial company from Lisbon managed to buy the small territory of Bolama, and at first the possession was only coastal. Then the explorations began inside and the commercial company was replaced by the state of Portugal.

Disputes immediately arose with neighboring colonizers: the British, owners of Gambia, and the French, owners of French Guinea.

The British argued that Portugal could not declare its sovereignty over the region as it previously renounced it. And this diatribe was resolved in 1870 with the mediation of the United States with an “arbitral award” which favored Portugal. With the French, however, the matter was resolved in 1886 by rectifying and establishing the boundary lines. According to Abbreviationfinder, an acronym site which also features history of Guinea-Bissau, Portuguese Guinea then joined the Cape Verde Islands in 1895 and formed an autonomous colony.

In 1926 when Salazar assumed power in Portugal, the colonization program was expanded and developed, and in 1930 first, and then in 1935, Guinea with important constitutional documents was declared “Portuguese territory”. In 1942 the capital that was Bissau was also changed, replacing Bolama.

In 1951 the name of “colony” was changed to that of “overseas province” and this meant that the administration was centralized, the local Parliament became an advisory council and a representative could be sent to the National Assembly of Lisbon. Indigenous citizens became “Portuguese” and had equal rights. The enjoyment of equal rights with Portuguese citizens forced, however, Negroes and mestizos to adopt European forms of life, to speak and write Portuguese correctly, to carry out a profession of trade or property and to fulfill military obligations. And this drew a clear dividing line with the huge majority who, however, did not possess any of those requirements. So, out of just over eight thousand “civilized” people, only a quarter were Negroes.

In the meantime, however, there was no economic progress so much that the trade balance always recorded strong liabilities. Agriculture remained traditional and anchored to indigenous agricultural communities. The culture remained poorly developed; little more than three hundred were the schools and all for the primary school only.

Health and school reforms were undertaken, for the most part resulting from the opposition, which gradually created independence movements.

In September 1956, the “African Party for Independence of Guinea and Cape Verde” was founded, headed by Amilcar Cabral who, after attempting to initiate urban populations for legal struggle, began the real action in inland areas. A vast conflict ensued which directly affected Portugal which, in 1968, enormously strengthened the army and entrusted it to General A. de Spinola to subdue the indigenous irredentists, to whom, however, aid came from the young Republic of Guinea. Between August and October 1972 many areas were freed; in 1973 Cabral was assassinated, but nevertheless the struggle continued and the “Party” unilaterally proclaimed independence, on September 24, 1973, calling the new Republic: Guinea Bissau.

This young republic, although formed only by 2/3 of the territory, was admitted to the United Nations and recognized by about 40 communist and “non-aligned” states. On April 25, 1974 the representatives of the Portuguese internal revolution recognized the right to independence of the overseas territories, and on September 10, 1974 the Portuguese Foreign Minister, Soares, and the representative of the “Party”, Pedro Pires, sanctioned the independence and sovereignty of Guinea-Bissau. The Cape Verde islands in turn became an independent republic on 5 July 1975.

After independence, crises occurred within the “Party”. The most serious was that of November 1980, when the Prime Minister, JB Vieira, deposed President L. Cabral, half-brother of Amilcar, and assumed all the offices of the state himself; he was in fact the Head of State, of the Government, of the Armed Forces and Secretary of the “Party”. At the 4th Party Congress, which took place in November 1986, Vieira decreed greater economic liberalization and urged foreign capital. In 1987 he entered into an agreement with the World Bank and relaunched agricultural production.

In 1989 Vieira was re-elected president, deputy was L. Camara and the National Assembly was elected entirely composed of selected elements of the “Party”.

Finally in May 1990, following strong popular pressure, Vieira introduced the multiparty system and announced that the presidential and legislative elections would be held by the end of 1992.

They resulted in the confirmation of the ruling party and unfortunately also in the social tensions due to numerous unresolved economic problems.

To improve the situation and also to comply with the requests of its international bodies, its financiers, the government tried to adopt austere measures which the unions instead strongly contested. In 1995, with the situation of repeated general strikes, Vieira had to grant wage increases to employees of the public administration. Later, however, wages were even blocked, which in May 1997 brought several serious riots to the capital.

For foreign policy Vieira in recent years had tried in every way to avoid isolation, agreeing with Portugal on various economic cooperations in 1996 and then strengthening them in subsequent years.

Instead, relations with Senegal became extremely difficult due to a controversy that arose in 1989 between the two countries over the sovereignty over some maritime areas, considered rich in oil and fishing fields. But even these difficulties were smoothed out in 1993 through an agreement between the two states, which agreed to use those resources jointly.

However, this union risked dissolving in 1995 because Senegal found Guinea Bissau guilty of hosting some Senegalese secessionist forces from Casamance, the southern province of Senegal. However, relations continued and the dialogue was maintained also in the following years. 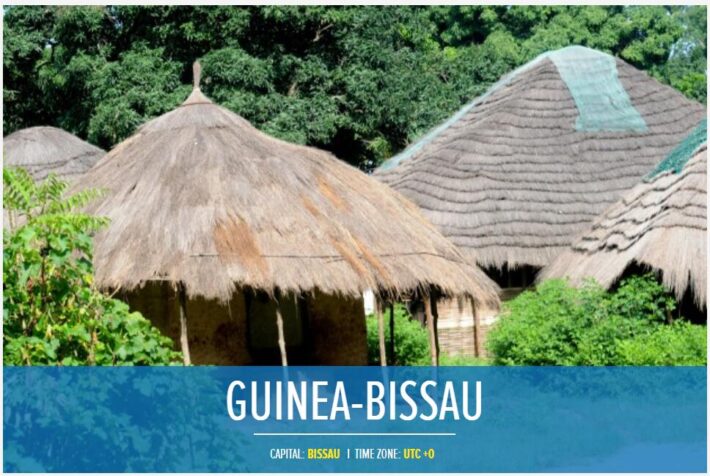 But precisely because of that Senegalese separatist movement, civil war broke out within Guinea Bissau in 1998. This was triggered by General Ansumane Mane, dismissed from the position of Chief of Staff because accused of supplying the secessionists with weapons. He, with the help of a part of the army and the Muslim population of the north, took control of the airport and the main road junctions of the capital; then he asked for Vieira’s resignation and new elections.

Meanwhile, Senegal and Guinea had sent troops, with the task of restoring legality and order. But to no avail. Portugal then proposed as a mediator in September to initiate peace agreements and succeeded in the following November, ending the civil war. The peace agreement called for the formation of a government of national unity, which was in fact formed in February 1999, as well as the withdrawal of Senegalese and Guinean forces, which took place in March.

However, in May 1999 Ansumane Mane seized power and Vieira fled to Portugal. He was replaced by Malam Bacai Sanhà who had the task of preparing new elections. With the new Constitution, launched in July, the presidential office, the abolition of the death penalty and the exclusion from public offices of all citizens born to non-resident parents was established in only two mandates.