The Democratic Republic of Congo, officially the République démocratique du Congo, is a country in Central Africa. Between the 1300s and the 1800s, there were several strong kingdoms in various parts of what is today Congo. European and Arab contact and especially the Belgian colonial period (1884-1960) had major consequences for Congolese in the form of slavery, exploitation of raw materials and gross oppression of the natives. Independence in 1960 triggered a war (1960–1964) in which the superpowers US and USSR also supported various sides. The dictator Mobutu Sese Seko took power in 1965 and set until 1997, with major social and economic consequences for the population. 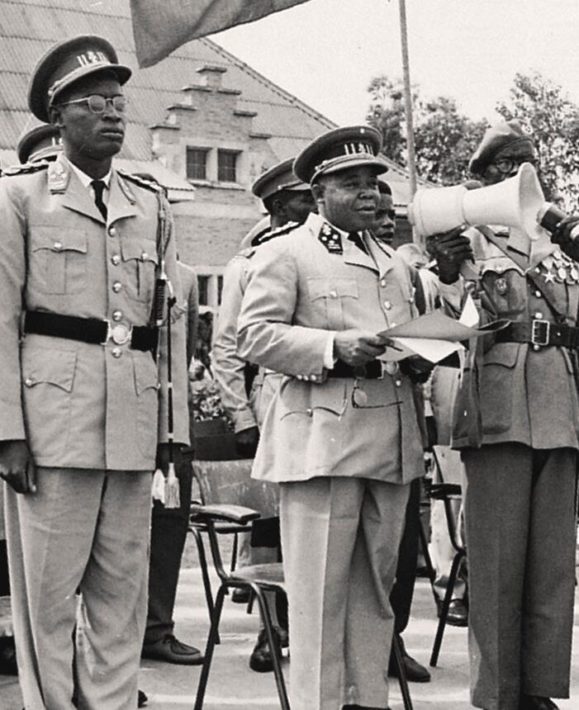 Hunting and sanctuary people in the large forests in the north and northeast make up the oldest population in what is today the Democratic Republic of Congo. These, batwa / mbuti – also known as pygmies, still live in the forests of Congo, but have in recent years been displaced, among other things, by logging, and their way of life is threatened by the war in the eastern part of the country. More than 2,000 years ago there was an extensive migration of Bantu-speaking groups of people, first from the northwest, then also from the east. The first cultivated the land, the latter also had cattle and organized communities based on permanent settlement, new farming techniques and animal husbandry. At this time, an Iron Age culture was developed, and discoveries also show copper production from the 600s.

From the 1300s, several state formation grew in central Africa. Some of these had a developed culture with extensive economic activity and complex administrative structures. The oldest one was probably the Teke kingdom in the west, while the dominant kingdom was the Congo kingdom, which extended over a large area in the west, as well as in the north of present-day Angola – from the Congo River in the north to Luanda in the south. This realm was created, among other things, through alliances with other kingdoms, such as Tio and Loango, both north of the river, in today’s Congo (Brazzaville).

Through explorers, traders and missionaries, the Congo State was in close contact with Portugal from about 1480, as well as other state formation in the area. The establishment of Portuguese rule in Angola in the late 16th century weakened Congo’s influence in the south, at the same time as the kingdom underwent new territories in the east. Congo’s heyday was during King Affonso 1 (reign 1506-1543); a hundred years later it dissolved. An agreement with Holland in 1641 led to invasion by the Portuguese colony of Angola in 1665, when King Antonio 1 was defeated at the Battle of Mbwila. Angola gave up the attempt to conquer Congo, but the kingdom disintegrated, much because of internal strife.

Another dominant state at this time was Luba in the southern part of modern Congo. At the same time, in the 17th century, the neighboring Lund Empire grew to the south, to today’s Angola and Zambia. Luba-Lunda developed an association with several autonomous kingdoms, of which Kazembe was the largest, and made up the majority of the modern Katanga region. Other minor kingdoms were Mwata Yamo and Cuba. By the end of the 19th century, these states were weakened by Arab slave traders and European colonialists, as well as internal strife and external attacks.

In the 18th century much of the political structure of Central Africa was changed, with trade networks, not states, becoming the dominant factor – accelerated by the growing trade with Europe and Brazil. The social and political structures in Congo were significantly changed as a result of the increased scope of human trafficking. Around the middle of the 19th century, slaves were gradually replaced by other goods; in Congo especially of raw rubber towards the end of the century. The other major export was still ivory. The reason was both the abolition of slavery and the rise of industry in the West; The slave trade eastward continued until the turn of the century.

The Portuguese established early trade on the Congo coast, especially based on contacts with the Kingdom. The Dutch started trading, especially with Loango, in the early 1600s. The most important commodities were long slaves and ivory; Loango also exported copper. The need for slaves in Brazil and the Caribbean increased demand and brought a steady supply until the 19th century. African kingdoms even engaged slave teams, especially prisoners of war and criminals, and provided the Portuguese with slaves. From the east, Afro Arabs operated a slave trade based in Zanzibar. This trade was later followed by systematic forced labor; in fact slave labor in the Free State of Congo and Belgian Congo.

The Portuguese were looking for the supposed gold deposits in Congo, but the Congo State retained control over the extraction of copper and iron. Later, under Belgian rule, mineral extraction became the foremost source of income from the colony. Trade with Europeans was very skewed, with large wealth being carried out of the Congo, but few real values ​​returned as payment. Around 1900, Congo was the most profitable colony in Africa – based on exports of rubber and ivory, collected through forced labor.