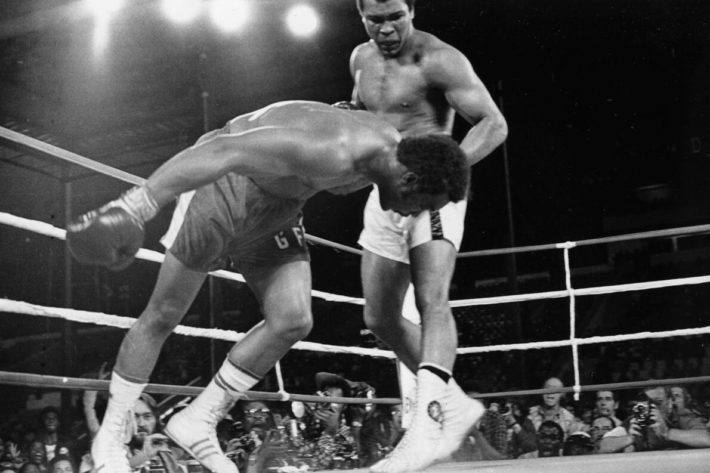 In 1974, two American heavyweight boxers Muhammad Ali and George Foreman met in front of 60,000 spectators in Kinshasa. Zaire’s dictator Mobutu Sese Seko paid $ 5 million to fight the country. The match was named “The Rumble in the Jungle,” and Ali knocked Foreman on a knockout in the eighth round. 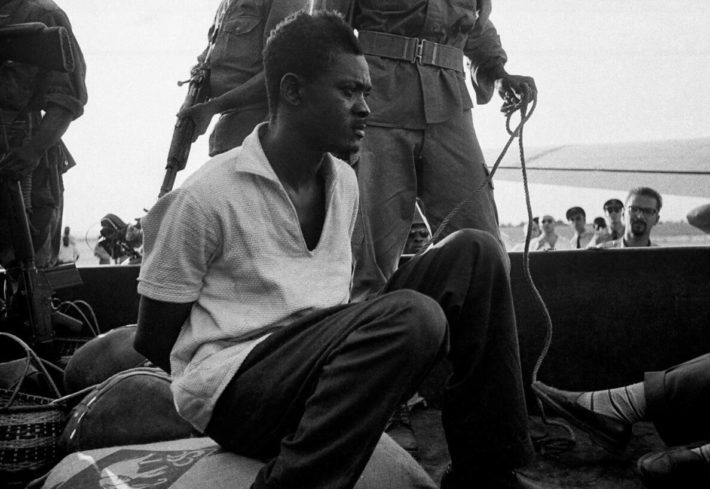 The last known image taken by Deputy Prime Minister Patrice Lumumba alive, after Mobutu’s soldiers captured him and brought him to Leopoldville. A month later, Lumumba was executed.

In 1970, Mobutu was elected president without a counter-candidate, and he started a political process to strengthen his influence that would in effect give him unanimous power. In 1971, the country changed its name to Zaire, and a nationalist policy based on so-called “African authenticity” meant that all European names had to be exchanged – both in places and people; the president himself took the name Mobutu Sese Seko Kuku Ngbendu Wa Za ​​Banga. A cult of personality was built up around Mobutu, partly inspired by Mao after a visit to China. Mobutu made Zaire a secular stateand tried to replace Christianity with “mobutism.” Foreign merchants were forced out of the country and their businesses confiscated. Mobutu put Zaïre on the world map when the fight for the heavyweight title in boxing between title defender George Foreman and challenger Muhammad Ali was held in Kinshasa in 1974.

An insurgent force, the Front National pour la Libération du Congo (FNLC), entered the Shaba province (formerly Katanga) in 1977. Mobutu was assisted by Morocco, which sent a military force flown in from France; Egypt and France sent technicians. An even more serious revolt in Shaba occurred in 1978, when a new invasion force of the same name and leadership came from bases in Angola via Zambia and occupied the mining town of Kolwezi. France intervened and fought the rebellion; Belgium also sent troops. Morocco sent in new troops, this time as part of a Pan-African force, which was withdrawn in 1979. Zaïre also received significant financial and military assistance from the United States, and for a long time was one of the United States’ closest allies in Africa. The United States used, among other things, Zaire’s Kamina base to supply weapons to rebel forces in Angola. The defeat of the rebels in Shaba in 1977–1978 strengthened Mobutu’s position, which he further strengthened by systematic repression and extensive bribes – funded through the president’s censuses from the Treasury.

Zaire’s economy was severely weakened due to mismanagement, which led to increased social unrest. Particularly from the early 1980s, considerable political opposition emerged. Internationally, criticism of the regime grew, including for human rights violations – without causing France and the United States to withdraw its support for Mobutu. Disappointment in the armed forces led to riots several times: unrest following a 1991 military uprising led France and Belgium to send troops to protect and evacuate their own citizens. The two countries again intervened militarily when units from the army in 1993 were behind new riots.

The organized political opposition to the regime operated, among other things, from exile in Belgium, but was divided and had little weight. This picture changed a bit from the late 1980s, and the pressure on Mobutu’s board grew stronger; reinforced by both the economic situation in Zaire and the international political development following the Cold War, where the political pressure for democratization from the United States also became felt. In 1990, Mobutu announced the introduction of a full multi-party system and lifted the ban on parties. Central to the new parties were the Union des Fédéralistes et Républicains Indépendants (UFERI) led by Nguza Karl-I-Bond, and the Union pour la Démocratie et le Progrès Social (UDPS) led by Étienne Tshisekedi.

The growing political pressure led to a national conference on Zaire’s political future in 1991. The following year it declared itself independent and empowered itself to issue laws, thus undermining the government’s authority and thereby weakening the power of the president. Congress elected Tshisekedi as prime minister; Mobutu was allowed to continue as president against accepting the conference’s decisions. In December, the conference dissolved, and inaugurated a council, the Haut Conseil de la République (HCR), replaced by the Haut Conseil de la République-Parliament of Transition (HCR-PT)the following year, who drafted a new constitution. This would make Zaire a federal state with 26 provinces. The constitution was to be passed in a referendum in December 1996, but before it could be held, an extensive uprising broke out in the east of the country, leading both to the overthrow of Mobutu and to the outbreak of Zaire in a protracted civil war.