There are traces of human existence in today’s Malawi from more than 50,000 years ago, and findings show that it is mainly various Bantu tribes from the south that populated the area up to the Middle Ages. Around the 16th century, population groups around Lake Malawi formed a kingdom, a large community called Marawi. In the 19th century, the area was invaded by Yaoans from northern Mozambique, as well as by the Ngoni people, who mainly established themselves in the north of the country.

In 1891 Malawi was made British protectorate under the name Nyasaland, and in 1905 came what is today Malawi under British control. The struggle for independence began in earnest in 1944 with the establishment of the Nyasaland African Congress (NAC), which in the years to come fought for land reform, voting rights and autonomy. Malawi gained self-government in 1963 and independence on July 6, the following year, with Hastings Kamuzu Banda as prime minister.

In the period 1964–1993, Malawi was a one-party state under a politically conservative leadership, and unlike its neighboring states, Malawi worked closely with the apartheid regime in South Africa. Dictator Hastings Banda retained power for 30 years, until the first majority elections in May 1994.

From 2012, companies from the United Kingdom and the United Arab Emirates have been licensed for exploration for oil and gas deposits in Lake Malawi. This development has sharpened disagreement between Malawi and Tanzania about where the dividing line should go, a disagreement that has disturbed relations between the countries since both became independent from British rule in the early 1960s. Malawi’s starting point is that the entire lake, which they call Lake Malawi, belongs to the country. Tanzania, for its part, has on several occasions demanded that the lake, called Nyaza Lake, be divided equally between the two countries.

When the Malawian authorities have been hard at work on their perceived rights, this is due in part to the fact that Tanzania has great benefits from the Victoria and Tanganyika lakes, as well as the coastline towards the Indian Ocean. Malawi, on the other hand, has to rely on its one large lake for water, transport, fishing, employment and tourism. When less than ten percent of the population has access to electricity, it is also of great importance that Lake Malawi provides water to the Shire River in the south of the country. Among other things, the river provides hydropower to local plants, which account for 90 percent of the country’s electricity supply.

In December 2016, the Malawi government announced that they had complained to Tanzania for the UN. The reason is that the Tanzanian authorities have produced and put into use a map of Lake Malawi which shows that Tanzania owns a significant portion of the lake. Tanzania requires the official border to go midway in the sea. 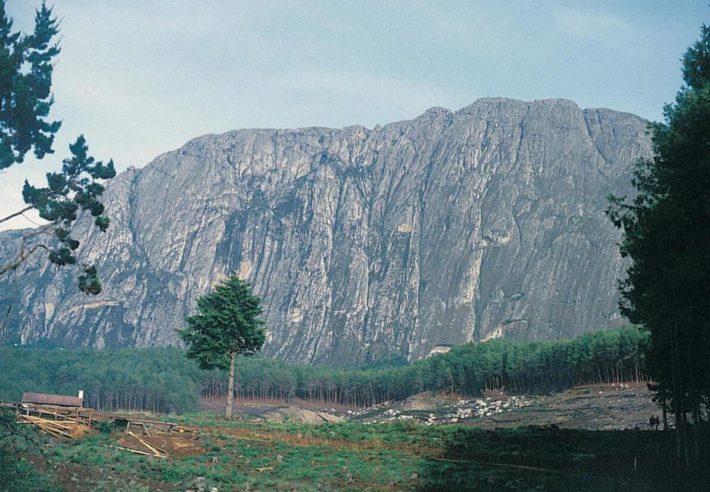 Large parts of Malawi consist of high plains and mountains. At the far south is Mount Mlanje. The highest peak is Sapitwa, 3002 meters above sea level, Malawi’s highest mountain.