The combined strength of each is uncertain, but was in 2014 according to figures from IISS estimated to around 40 000. In addition, an unknown number of half military Republican Guard, gendarmerie and Militia. Since 2004, the UN has had a multinational force standing in the country (UNOCI), in 2014 this force consisted of about 6950 personnel and 186 observers from a total of 46 nations. This UN operation was officially completed in 2017. 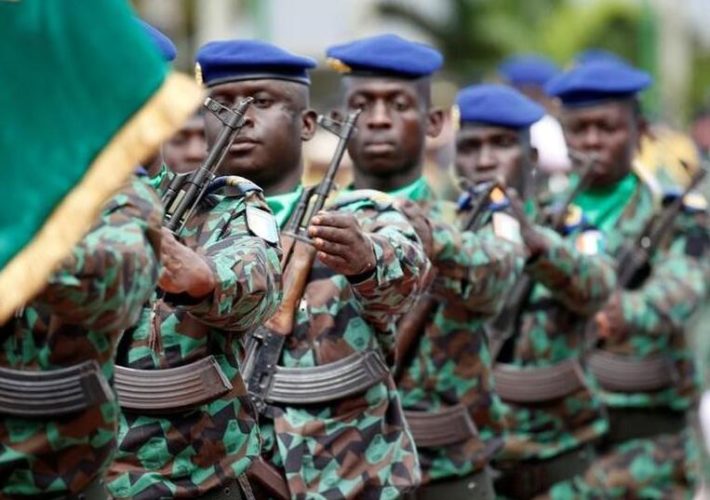 The personnel of the Air Force is unknown. Materials are estimated to include one transport aircraft and two helicopters, including one Mi-24 combat helicopter.

The Navy had an estimated personnel strength of about 900. The fleet is believed to include four patrol vessels, two landings, and two auxiliary vessels.

The Ivory Coast participated in 2014 in UN operations in the Democratic Republic of Congo (MONUSCO) with one personnel, and in Mali (MINUSMA) with 121 personnel.