Ivory Coast (official name: Côte d’Ivoire ), is a Republic of the Gulf of Guinea in West Africa. The Ivory Coast borders Ghana in the east, Burkina Faso and Mali in the north, and Guinea and Liberia in the west. The capital is Yamoussoukro.

Ivory Coast was a French colony from 1893, and became an independent republic in 1960. The country has a population of about 25 million, made up of more than 60 ethnic groups that have traditionally had their own, bounded areas. The official language is French.

The land area is 322,460 square kilometers. On an African scale, the land area is not one of the largest, but neither of the smallest. The population, estimated at 24.9 million in 2018, is substantial, yet moderate given the size of the country.

The country is intersected by a number of rivers that flow mainly from the north to the south. The four largest and longest are, from the west, Cavally (known as Cavalla in Liberia ), Sassandra, Bandama, and Comoé. None of them are navigable for shipping traffic. To the south, along the Atlantic Ocean coast, lie three significant lagoons adjacent to the sea, but with mainly fresh water from their supply rivers. The port city of Abidjan is located by the largest of these, the Ébrié Lagoon.

With the exception of a few national parks, the Ivory Coast has little untouched rainforest. In most places, natural biodiversity is reduced due to excessive hunting, forestry, plantations, agriculture, or as a result of felling of trees to the local need for fuel.

The Ivory Coast has three climatic zones, with equatorial climate in the south, tropical in the middle and semiarid in the north. The southern coastal area has relatively moderate temperatures that range between 25-30 degrees Celsius. There is relatively much rainfall, about 1800 millimeters per year in Abidjan and somewhat more west in the country.

The Ivory Coast has a population density of 77 inhabitants per square kilometer. Yamoussoukro, originally a village and Félix Houphouët-Boigny’s birthplace, has a population of about 200,000 as of 2018, and is like Brazil in Brazil and Abuja in Nigeria an artificial landscaped capital.

The country’s inhabitants can be divided into a few main groups. In total, the country has about 60-80 different ethno – linguistic groups. The main groups are as follows: akan in the south and southeast, crude in the west towards Liberia, voltaic people in the northeast towards Ghana and man in the rainforest in the center of the country and on the savanna to the north. Other ethno-linguistic groups are bété, baoulé, syula and anyi, which are partly subgroups of the former.

The population in both the southeast and central parts of the country are immigrants from Ghana, most of them as a result of pressure from the Ashanti Empire. In the north, most descendants are immigrants from neighboring countries in the north. In the northwestern part of the country, a large ethnic group is descended from the Mali Empire and later from the dissolution of the Songhai Empire. Many are also descendants of migrants who were pushed south as a result of Islamization in the north.

Urbanization has accelerated in recent years, with great growth in both large and small cities and towns. Only the very few live in the traditional forest belt in the south. Many are still linked to the countryside in connection with agriculture, plantations, trade and small industries.

The Ivory Coast has been a republic since 1960 with a president with relatively much power. The president, government and parliament all live in the economic capital and port city of Abidjan, while Yamoussoukro has been the official capital since 1983.

Administratively, the Ivory Coast is divided into 14 districts including two independent urban districts, Abidjan and Yamoussoukro. The Côte d’Ivoire administrative units are centrally governed by state representatives who are administratively responsible for each unit.

As part of a defense agreement between the two countries, France has a military base permanently located near the airport in the Port-Bouët district of Abidjan. Today the number of French troops is between 500 and 1000 combat troops.

Little suitable ports for the European ships made the Ivory Coast less exposed to slave trade than other countries in the region, despite the fact that the coast along West Africa was “discovered” by Portuguese seafarers from the 1470s. French missionaries settled in the southeastern part of the country in the early 17th century. Around 200 years later, organized French military presence began. Full colonial rule began only at the beginning of the First World War.

During the reign of Félix Houphouët-Boigny’s reign, the Ivory Coast had a great economic development, and essentially uninterrupted political stability. Houphouët-Boigny continued a close relationship with the former colonial power of France.

After his father’s death, the country entered a turbulent period of about 20 years with growing ethnic and religious contradictions, political turmoil, coup d’état, civil war and the split of the country into two parts, and with a break in good relations with France for a period of 2000 -the number.

The country has a relatively modern industrial sector and a well-developed all-round business sector. The port city of Abidjan is a large and important port, both for the Ivory Coast and for neighboring countries Mali and Burkina Faso in the north. There are good road and rail links to Ouagadougou, the capital of Burkina Faso, and road connections to Bamako, the capital of Mali. 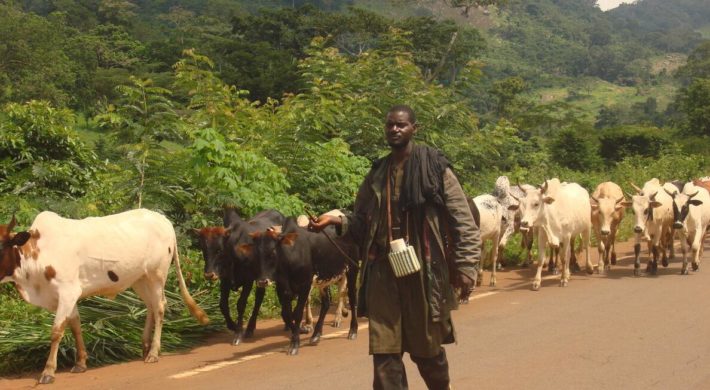 As of 2014, the Ivory Coast has a gross domestic product (GDP) of US $ 33,884 million (USD). GDP per capita is thus around USD 1,360. Ivory Coast represents a significant economy in West Africa. During Alassane Ouattara’s presidential term, economic growth has been around 8–9 percent per year.

The Ivory Coast economy is based on agriculture, traditionally for export. Oil is exported from offshore activity. The country also has a good number of industrial companies, especially based in the economic capital of Abidjan. There are also many small industries around the country, especially in the processing of agricultural products and fruit and plantation activities, especially cocoa plantations.

The Ivory Coast has an oil refining capacity that exceeds the country’s own needs. In addition to oil from its own oil fields, the country receives crude oil from neighboring countries and returns refined oil products. The country now has only one refinery in operation, operated by Societé Ivoirienne de Raffinage (SIR) and located at Abidjan, with a capacity of 65,000-70,000 barrels of oil per day.

The Ivory Coast, like most African states, is composed of a number of different ethnic groups, most often speaking different African languages, despite the fact that French is the official common language. Since most ethnic groups are descendants of immigrants, some still carry with them inherited stories of how the tribe arrived from neighboring countries. Such oral histories and myths, along with languages, clothing, music and other cultural traditions, are important for people’s identity formation. The people of the Ivory Coast are therefore very much engaged in crafts, arts and culture, as well as applied arts.

The country has a number of both public and private higher education institutions. Foremost among these is the Université Félix Houphouët-Boigny with around 50,000 students in the Cocody district of Abidjan. A somewhat smaller university in the same city is known as the Université d’Abobo-Adjamé. Further north, Yamoussoukro has a university that is divided, with some faculties located further north in Bouaké. In total, the country had around 170,000 students, including about 40 per cent women, at the highest educational level in 2013.

Ivory Coast has a varied press with several newspapers supported by various political parties. Public debate probably takes place as much in direct meetings between people, in workplaces and in markets and in restaurants on the roadside known as ‘marquis’.