Religion plays an important role among Liberians. Officially, a large majority are Christians, but many at the same time adhere to traditional beliefs with elements of animism (the belief that everything in nature has a soul).

The different peoples have different creation stories, taboos and rites. Since Christian beliefs are so often mixed with traditional conceptions, religious beliefs can vary widely between sources.

About half of the Christians belong to independent African churches, most of whom are strongly Protestant. The Muslims are mainly in the northwest. They have at times been harassed by the Christian and Western-influenced elite. 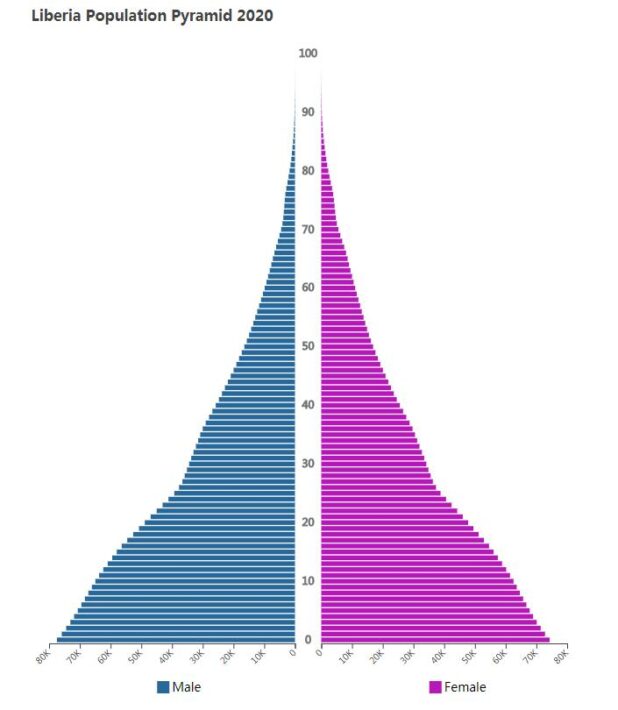 Following international pressure from, among others, the West African cooperation organization Ecowas and the UN, the Patriotic Council (Council of Patriots, COP) agrees to move its planned protest to January 6. COP leader radio host Henry Costa insists on getting rid of it and says it decided to move on the demonstration when the government argued that security could not be guaranteed. Tensions have risen in Liberia in recent weeks. The COP has called on President George Weah to step down because, according to them, he does not have the skills needed to lead the country. Many young Liberians, who greatly voted for Weah, have now lost confidence in him. The government, for its part, accuses the opposition of wanting to overthrow the president with the help of non-constitutional means.

The Liberian Ministry of Justice says it will not allow any government-critical demonstrations in the country before the end of January. The groups that planned protests until December 30 say that they will still implement it as planned. Henry Costa, who leads an activist group for young Liberians, the Patriotic Council (Council of Patriots, COP) says it still intends to carry out the campaign as planned. That they will gather outside the government buildings in the capital and spend the night there. Costa emphasizes that the protest should be peaceful. The COP assisted President George Weah in the 2017 election campaign that brought him to power.

Dissatisfaction with President George Weah’s rule increases as the economy in the country deteriorates. Tens of thousands of residents, including the country’s MPs, have not received any salaries for several months. In addition, Liberia’s commercial banks lack cash or choose not to lend any money, or just a little at a time. This leads to long queues outside the banks or mobile withdrawal centers. The lack of cash has also led to many stores being closed. In the past, the government has borrowed money from aid accounts, which drew harsh criticism from donor countries in May. Finance Minister Samuel Tweah blames the situation on the previous government under Ellen Johnson Sirleaf and on problems created by the 2014 and 2015 Ebola epidemic.

Lack of money leads to dropouts

A senior member of the Liberia Anti-Corruption Commission (LACC) is leaving his job because he has not received any salary or other benefits. This is one of several examples of similar dropouts for the same reason. According to the Liberian newspaper FrontPage Africa, the government has not been able to pay MPs, health care and school staff.

Liberian central bank governor Nathaniel Patray resigns after criticism over how he managed the country’s monetary policy. At the end of 2018, harsh criticism was directed at both the government and the central bank for deciding, among other things, to try to get inflation under control by injecting the economy with $ 250 million. In connection with this, it was revealed that irregularities occurred in connection with the transaction.

About 20 people are reported to have died since the beginning of the year in an outbreak of the viral disease, lasso fever, which is spread via rodents and cockroaches. More than 90 cases of the disease have been reported from different parts of the country. The situation is considered extremely serious when people become ill during a time of year when illness cases are not so common.

The trial of the five men, including Charles Sirleaf, former governor and son of former President Ellen Johnson Sirleaf, and four former senior central bank officials accused of violating Liberian dollars worth of violations of the 2016-2018 law million US dollars and to have part of the profits started in Monrovia. The five men all claim that they are innocent of the charges being brought against them.

Weah invites you to a roundtable

President George Weah, via a radio broadcast, invites his political opponents to roundtables to discuss the ongoing economic crisis. He admits that the problems exist, but also says that they were inherited from the previous administration. He also commends the opposition for the protests taking place in peaceful forms.

The dissatisfaction with high inflation and corruption among the rulers causes the dissatisfaction to be fermented among the Liberians. A new group called the Patriotic Council, which consists of politicians, civil society organizations, students and ordinary citizens, organizes street protests against this gathering of thousands of participants (10,000 according to organizers, 4,000 according to police). The participants, gathered under the slogan “Save the State”, submit a letter to Vice President Jewel Howard Taylor. The discontent is about continued suspicions that money has disappeared from the central bank (see March 2019), what happened to 25 million that was invested in 2018 to give the economy a boost. Inflation has also increased greatly due to falling value for the Liberian dollar. The price of rice has recently almost doubled. There is also a demand for increased respect for human rights. President Weah’s party alliance had planned counter-demonstrations, but was persuaded to let go of representatives of the Ecowas and African Union (AU) collaborative organizations .

President George Weah shuts down his Deputy Press Secretary Eugene Fahngon after making statements that the June 7 demonstration planned against the government is organized by American Liberians (in Liberia condescendingly called the congo). Fahngon is accused of thereby igniting ethnic tensions in the country.

A legal proceeding is initiated against Charles Sirleaf, former governor and son of former President Ellen Johnson Sirleaf, and four former senior officials at the central bank. They are accused of contravening the Liberian dollar worth several million US dollars in contravention of the law 2016-2018 and for partaking in some of the profits. Three of the five have been arrested. A judge orders them to sit in jail until the trial is held.

An independent investigation states that most of the newly printed Liberian dollar banknotes which, according to rumors in the autumn of 2018, had disappeared (see September 2018) were in fact in safe custody in the central bank’s archives. At the same time, executives at the central bank are accused of printing and importing three times as much money as they were mandated to do, and not having control over the banknotes that were brought in or out of the bank. And that new banknotes should have been distributed without the authorities taking the old ones out of circulation, as they were intended to do. The investigation was conducted by the company Kroll Associates Inc was funded by the US aid agency USAID. Later, however, are arrested Charles Sirleaf, former Governor of the Central Bank and son of former President Ellen Johnson Sirleaf, and Dorbor Hagba, who also held a high position in the Central Bank and are accused of deficiencies in management. According to police, more arrests are waiting.

Protesters in Monrovia demand that President George Weah publish the report he has ordered about what happened to the $ 100 million in newly printed banknotes that were reported to have disappeared in September 2018. However, there are shared opinions about whether the money has disappeared or not (see September and October 2018). Later, Weah says the report will be presented in February.