In Morocco, as in the other two Maghreb countries, Algeria and Tunisia, modern literature is strongly influenced by the French influence. This is also seen in writers who are critical of the role France has played as a colonial power. The region’s historical past on the outskirts of the Arab-Muslim empire, the foothills of Andalucía in Spain and the strong element of Berber culture also give this region many common features.

In spite of state-sponsored Arab campaigns, many of the modern fiction writers prefer to write in French rather than Arabic, including to publish in France and avoid the political censorship of their home country. Moroccan writers also find that Arabic-language literature is hampered by Arab-Muslim cultural conservatism, while French-language literature has been able to unfold freely, both in terms of ideology and design language. Moreover, Moroccan Arabic-language writers are in close contact with writers elsewhere in the Arab world.

Before the Second World War, Moroccan literature was not practically published in French, but as in Algeria and Tunisia, there was a cultural renewal in the period just after 1950. The most central figures of first-generation French-language writers were Ahmed Sefrioui (1915–2004 ), who wrote novels and stories, and Mohammed Aziu Lahabi (1932–1993). He developed a Muslim personalist philosophy and wrote novels and poems in both French and Arabic.

The environment around the journal Souffes

The magazine Souffles (“Breath”), founded in 1966, brought together a number of talented writers, including lyricist Mostafa Nissaboury (born 1943) and rebellious novelist Mohammed Khaïr-Eddine (1941-1995). The editor was Abdellatif Laâbi (born 1942) who has written books in many genres, but who is especially known as a lyricist. The magazine played an important role both in literary and political terms in all the Maghreb countries until it was banned in 1972. Edmond Amran El Maleh (1917–2010), who has both a Berber and Jewish background, debuted as a writer at the age of 63. He published a number of novels as well as short stories and essays and was regarded as a leading figure in Moroccan literature in the early 2000s.

Towards a new millennium

Prominent French-language writers of this generation include Driss Chraibi (1926–2007) and Abdelkébir Khatibi (1938–2009), but the most famous figure is Tahar Ben Jelloun (born 1944). He writes both lyric and prose and is also known as a cultural critic in the French newspaper Le Monde. Several of his books have been translated into Norwegian. In the 1980s and 1990s, novelists such as Abdelhak Serhane (born 1950) and Leïla Houari (born 1958) have also made their mark.

After the turn of the millennium

At the beginning of the 21st century, there has been a renewal of the literature in Morocco, and several authors who have both a critical view of society and the attitudes of the older author generation have asserted themselves. A novelist who writes realistic and socially critical novels inspired by his own upbringing in the countryside is Mohamed Nedali (born 1962). He is seen by many as a leadership figure for the youngest generation. Among other things, Nedali has won a literary award for Triste jeunesse (“Sad youth”) from 2012, which depicts a youth generation without hope and goals in life.

Other Moroccan writers of the same age as Nedali are Fouad Laroui (born 1958) and Mahi Binebine (born 1959). Laroui often addresses the problems of today’s Morocco with humor and sharp irony. He has moved to the Netherlands and wrote his latest books in Dutch. Binebine has also made her mark as a visual artist. Rachid Khaless (born 1966) is also a visual artist and writer. He has published three collections of poems, but it is in particular his novel Quand Adam a décidé de vivre (“When Adam Decided to Live”) from 2011 that made him famous as a writer.

Another distinctive feature of the latest Moroccan literature is that several of the authors are openly gay and write about topics related to homosexuality. By doing this, they risk various forms of persecution in Muslim countries, but their courage has also inspired other writers without the same attitude to support them and to criticize other types of authoritarian tendencies in today’s North Africa.

One of the best known Moroccan gay writers is Rachid O. The name is a pseudonym for Abdellah Oubaid (born 1970). He has written several novels where the development of young men is central, and where the inspiration from the French author Hervé Guibert is evident. Abdellah Taïa (born 1972) has also received recognition for the way he addresses homosexual issues. He is considered one of the finest stylists among Moroccan writers of his generation.

Notably, among the youngest writers from Morocco, Reda Dalil (born 1978) and Elmehdi Elkourti (born 1985) have made their mark. Dalil has his background from economics and business, which marks his first novel, Le Job, which was published in 1914. This book was a great success and received several literary awards. Dalil has also received an award for his short stories. Elkourti’s novels have also become bestsellers in the Arab world. Les cinq gardiens de la parole perdue (“The Five Guardians of the Lost Word”) from 2013 is a crime novel with elements from science fiction and modern “fantasy literature”. The same is the case with Les sept sages de l’apocalypse(“The Revelation’s Seven Shows”) from 2016. Both Dalil and Elkourti have brought completely new trends into Moroccan literature. Both are also very active in the work that is being done today to teach a greater proportion of Moroccan children to read. This work has engaged a large number of young writers in the country.

Among the youngest female writers in Morocco, several have both European and North African backgrounds. This is the case, for example, with Lamia Berrada-Berca (born 1970). Her books have a form akin to both the novel and the prose poem. Her most famous book is probably Kant et le petit robe rouge (“Kant and the Short Red Dress”) from 2013. It is about a young North African woman who in Paris both discovers the philosopher Immanuel Kant’s thoughts on human freedom and looks exhibited briefly red dress – a garment that breaks with she has learned about the woman of the environment around her. The book therefore becomes a tale of both liberation and fear. 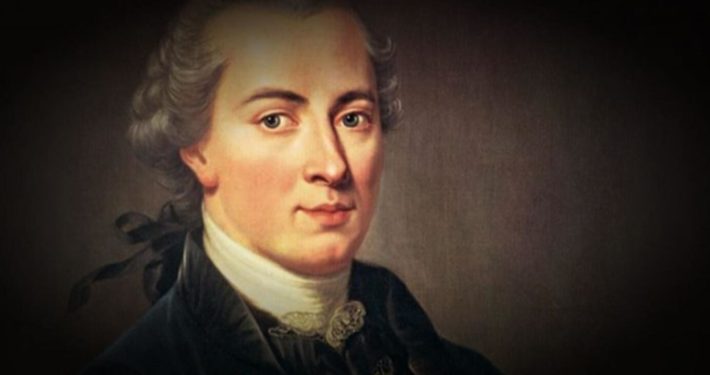 Maï-Do Hamisultane Lahlou (born 1978) also has a French and North African background. She is a doctor and specialist in psychiatry, and her novels combine realism and imagination. Among them can be mentioned La Blanche (“The White”) from 2013, whose starting point is the city of Casablanca. In the book, “whiteness” has many meanings, and not all of them are positive. “White” can also mean anything that is unreal or difficult to grasp.

Among the female writers who emerged in Morocco in the 2000s, there are several who have debuted at an early age. This applies to Fatna El Bouih (born 1956) and even more to Touria Oulehri (1926–2011). El Bouih is a feminist activist and spent five years in prison in the 1970s and 1980s. Ohlehri made his debut as a writer as late as 2001 and managed to publish three novels before his death. Also with her, the main theme is women’s problems in realizing a male-dominated and authoritarian society.

In recent years, there has been a great deal of attention in the French-speaking world around Moroccan literature. In the fall of 2016, the Goncourt Award, the most famous award in French-language literature, went to a young writer from Morocco. In the spring of 2017, Morocco was the main country during the Paris Literary Salon.

Leila Slimani (born 1981) won the Goncourt Prize in 2016 for a novel titled Chanson douce (“Mild Sang”). It is about a young married couple hiring a nanny, Louise, for their two children. Louise is gaining more and more power and influence over the whole family, and in the end she causes the death of the children. Slimani’s style is characterized as sober and dry, but with a touch of sad poetry. Her first novel came in 2014 and was titled Dans le jardin de l’ogr e (“In the Sorcerer’s Garden”). Here, the main character is a woman who perishes because she has no control over her erotic desires. Slimani also works as a journalist in the renowned weekly newspaper Jeune Afrique(“Young Africa”), and some of her articles from here are published in book form. Her work as a social debater is characterized by very critical attitudes towards Islamic fundamentalism.

During the book days in Paris in March 2017, over thirty young Moroccan writers presented their books. This is the first time literature in an African country has received so much attention at this important meeting place for French-language literature. It is also said that although the attitudes of the Arab Spring in 2011 and 2012 have met with discouragement in many Muslim countries, they are still alive in the literary renewal witnessed in today’s Morocco.

Among the Arabic-language writers should be mentioned Muhammad Shukri (born 1935) with the English translations For Bread Alone from 1993 and Streetwise from 1996; Muhammad Barrada (born 1938); Muhammad Zafzaf (born 1942), perhaps the most prolific and prominent Arabic-language writer in contemporary Morocco; Izz al-Din al-Tazi (born 1948); Layla Abu Zayd (Leila Abouzeid, born 1950) with the English translation Year of the Elephant from 1989; and Mustafa al-Misnawi (born 1953).

Barrada, Zafzaf and al-Misnawi are represented in the anthology The Arab World Tells From 1997.