The Ivory Coast has a long oral literary tradition that was not least characterized by “Les griots”. They were skalders, storytellers and musicians, and they also played a major role in the development of the written literature in the country. Modern literature is written in French and was initiated in the interwar period by students at the William Ponty School in Senegal, who trained African officials for the French colonial power. Dramatics were the dominant genre, and the playwrights with this background in particular took up two basic themes. One built on myths and history and depicts the heroes of the past and their deeds. This applies, for example, to François-Joseph Amon d’Aby (1913-2007) with L’Entrevue de Bondoukou (1939, “The Meeting in Bondoukou”), Condé Yao (1939). The second basic theme is the conflict between traditional and modern values, which is addressed, among others, in Amon d’Abys Kwao Adjoba (1953) and Gadeau’s Nos femmes (1940, “Our Women”). 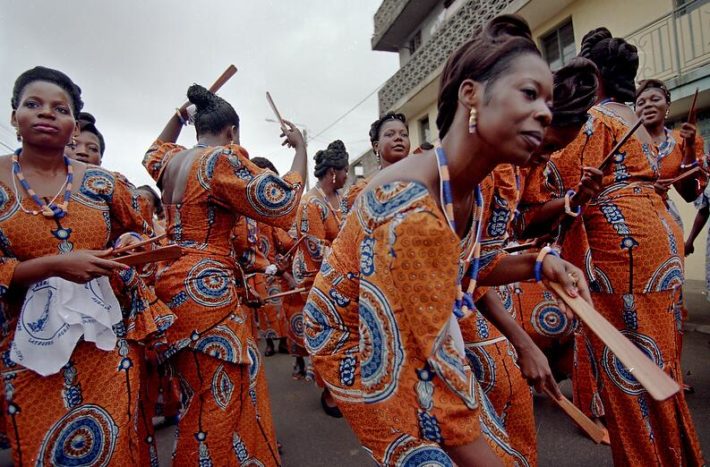 The historical drama tradition has been continued by authors such as Charles Nokan Zégoua (b. 1936) and Bernard Zadi Zaourou (1938-2012). They have portrayed famous popular leaders and their opposition to the colonial power. Some of Zégoua’s work is characterized by his revolutionary attitude. This is seen in plays such as Les Malheurs de Tchako (1968, “Tchako’s Accidents”) and in the poetic novel Violent était le vent (1966, “Violent was the wind”). Zadi Zaourou was deeply concerned with feminism and claimed in her essays that it is the women who must lead the struggle for freedom and development in Africa.-

Among the novelists from the Ivory Coast can be mentioned the European-oriented Aké Loba (1927-2012), which has written, among other things, about the contradiction between the old village community and the modern metropolis of Abidjan. The politically more radical Ahmadou Kourouma (1927-2003) is best known for the novel Les Soleils des indépendances (1968, Norwegian translation. The Suns of Independence, 2005), a sharp satire of the new power elite in Africa. In this book, he created, as one of the first, a literary French form of expression that was simultaneously characterized by African oral tradition.

However, the country’s poet chief is Bernard Binlin Dadié (b. 1916), who has been active far into the 2000s. Dadié has published short stories, poetry collections and novels. The novels portray with iridescent irony, including modern France and the United States from an African point of view. His plays also have a satirical feel. Dadié’s poem has a simple and poignant form that has made him one of Africa’s most widely read lyricists. He has also received strong impetus from his country’s myths and folklore.

In the 1980s and 1990s, the Ivory Coast was a lively literary center in French-language Africa, with authors such as Jean-Marie Adiaffi (1941–99) and Fatou Bolli (b. 1956). Among writers who have also marked the time after the turn of the century are Isaïe Biton Koulibaky (b.1949) and Venance Konan (b.1958). The country also has a large number of female writers who are particularly concerned with feminist issues. Among the most famous are Henriette Diabaté (b. 1935), Véronique Tadio (b. 1955) and Kitia Touré (1956-2012).

Many writers from Ivory Coast have written literature for children. The cartoon has also become a very popular genre. The country has several significant publishers who publish new literature from many French-speaking areas in the region. But the political and societal crises The Ivory Coast has been through in the 2000s, has helped to weaken the country’s place as one of West Africa’s most important cultural nations.