Malawi is a republic in Central Africa. It is an inland state surrounding the west and south shores of Lake Malawi. The country borders southeast and southwest to Mozambique, northeast to Tanzania and northwest to Zambia.

The area now known as Malawi was populated by Bantu tribes from the 16th century. David Livingstone’s arrival in 1859 led to British interest in Malawi, British rule, and in 1907 the British named Malawi Nyasaland. The country became independent in 1964, and is today among the world’s 20 least developed countries.

The name Malawi means the “flames” in the local language chichewa and refers to the light reflections from Lake Malawi. Malawi’s national anthem is Mlungu dalitsani Malawi (chichewa), O God Bless Our Land of Malawi (English), with lyrics and melody by Michael-Fredrick Paul-Sauka.

Malawi’s land area is 118,484 square kilometers. The country is in the tropical climate zone, but the variations in altitude and location can lead to large differences in temperature and precipitation over short distances. Lower regions have mainly tropical savannah climate with drying season from June to September.

Lake Malawi is Africa’s third largest lake and accounts for about one fifth of the country’s total area. Fishing, tourism and trade are linked to the sea. It has recently opened for oil and gas extraction in the lake, but the extraction is disputed. The islands of Chizumulu and Likoma are located in the waters of Mozambique, but belong to Malawi.

The country offers beautiful cultural landscapes in many places, and both Lake Malawi and inland areas hold sights of historical interest.

Large parts of Malawi are covered by forests, and forestry has considerable potential. Attempts to exploit this natural resource are undermined by extensive illegal logging, which also has consequences for the environment. Voluntary organizations run environmental projects, including with Norwegian support. This includes work to prevent floods, droughts and landslides.

Malawi has about 18 million inhabitants (2016), and is one of Africa’s most densely populated countries. The country has a young population, close to 70 percent of its population is under 25 years of age. The population is characterized by low life expectancy and high child mortality, as well as high prevalence of HIV / AIDS. Life expectancy for women is 56 years and for men 53 years. The country’s strict abortion law contributes to a large number of illegal abortions and to serious gynecological injuries to women, often young girls. International statistics place Malawi in a 24th place in maternal mortality.

About 80 percent of the population lives in the countryside and feed on agriculture. Substantial urbanization is increasing the pressure on cities, especially Blantyre in the south and Lilongwe, which since 1971 has been the country’s capital. Malawi is exposed to floods and droughts which at times cause severe food shortages.

The majority of the population is of Bantu origin. The largest population groups are Chewa, who are mainly settled in the middle and southern parts of the country, the Yao, mainly south of Lake Malawi, and the Tumbuks, who mostly live in the north of the country.

Malawians are generally a religious people, and central religious communities regularly engage in community issues. About half the population are Protestants, close to one-fourth belong to the Roman Catholic Church, while nearly 15 percent are Muslims, mostly living in the belt along Lake Malawi. The remaining are practicing traditional, local religions.

In general, there are small ethnic and religious differences between different population groups, but two groups in particular experience widespread oppression and violence, gays and albinos.

Malawi is among the hardest hit countries in terms of HIV / AIDS, and according to official figures from the country’s health authorities in 2017, 9.2 percent of the adult population (aged 15-64) lives with HIV.

A large number of child marriages have long undermined the authorities’ commitment to education. Legislative changes in 2015 on marriage, divorce, family relationships and human trafficking have led to about 600,000 children returning to school after their marriages have been canceled. However, this development is hampered by the fact that many schoolgirls from poor families become pregnant and give birth to children after being sold for marriage or forced into prostitution.

Kwacha (MWK) is the country’s currency and one kwacha is 100 tambala. English and Chichewa are the official language of the country. 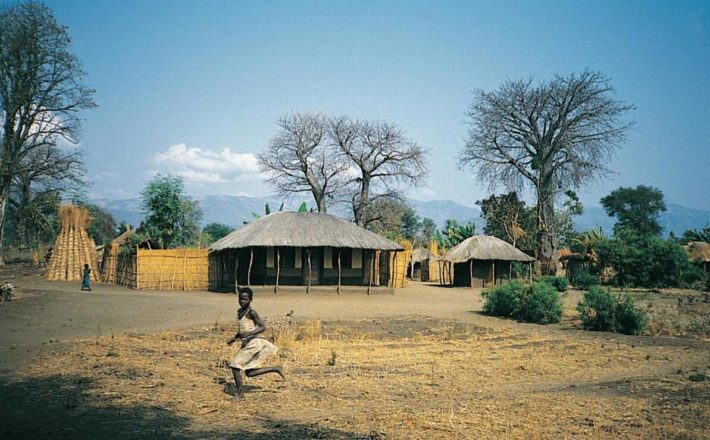 Following the 1995 constitution, Malawi is a republic, where the president has wide powers. Malawi had one-party government from independence in 1964 until 1994. Since then, multi-party government has been practiced. Legislative authority has been added to a national assembly with 193 members. The members are elected for five years under a system of majority voting in one-man circles. The President has the right of dissolution. The general right to vote is 18 years, you can be elected to Parliament at the age of 21, given that you can read and write English. To be elected president, one must be 35 years. The president is elected for five years and can be re-elected once. The last presidential election was held in May 2014, at the same time as the election to the National Assembly.

From April 2012, the country was led by President Joyce Banda, who founded the People’s Party (PP) when in 2010 she was excluded from the then ruling Democratic Progressive Party (DPP). She became the first female president in the country’s history and stood as president until May 31, 2014, after losing the election eleven days earlier for Peter Mutharika, brother of Bingu wa Mutharika, who died in 2012.

Malawi is one of Africa’s least economically developed countries, with widespread poverty and major social and economic problems. The country has a weak business structure and few export goods. Expensive imports seize large resources and contribute to currency problems and high prices for basic products. While Malawi relies on foreign aid, the country’s authorities are investing in increased foreign investment. Until 2008, Malawi was one of six African countries that had diplomatic relations with Taiwan and not with the People’s Republic of China. After the diplomatic shift, China has taken over and completed several development projects initiated by Taiwan, including a new parliament building in the capital Lilongwe and a major road project in the north of the country.

Malawi has fertile soil and has been able to increase exports from agriculture at times. However, heavy rainfall and uniformity make agriculture vulnerable to both climate change and export market prices. The latter is particularly true of tobacco, which alone accounts for over half of total export earnings. Malawi has since 2015 banned the export of maize and maize products, because about half of the country’s population over the last three years has been dependent on food aid. In the spring of 2017 extensive smuggling of maize was discovered on the main roads between Malawi and Tanzania.

Fishing is an important source of food and work. The country has several known mineral deposits, but few provide the basis for commercial extraction. From 2012, companies from the United Kingdom and the United Arab Emirates have been licensed for exploration for oil and gas deposits in Lake Malawi. 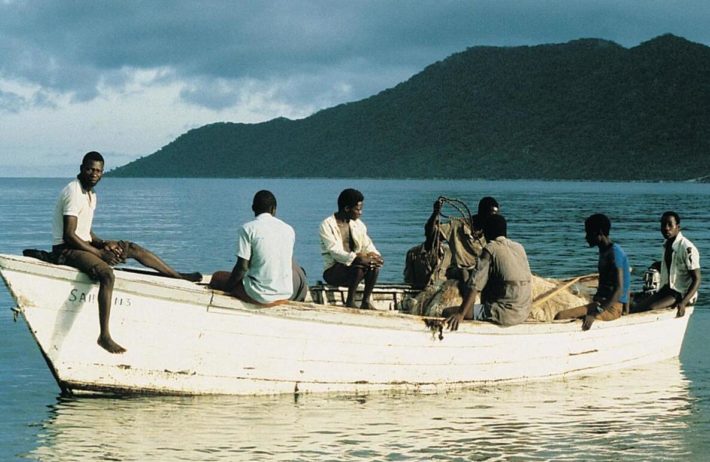 Fishermen at Monkey Bay south of Lake Malawi. This fishy lake is located on the border between Malawi, Mozambique and Tanzania.