Large parts of Mali have a relatively flat landscape and consist mostly of plains and plateaus.

Nearly 60 percent of the country (the northern part) is desert ( Sahara ) with sandstone plateaus and depressions covered by sand dunes. In the northeast, at the border with Algeria, lies the mountain mass Adrar des Iforas. The highest mountain is Hombori Tondo, 1155 meters above sea level, in the middle of the country, near the border with Burkina Faso. The middle part of the country is characterized by the inland delta of the Niger River, which is a large fertile area that is flooded every year by the Niger River. The southern part is a low plateau, intersected by the rivers Senegal and Niger.

Mali belongs to the African alpine system which can be divided into three geological provinces. The bedrock has undergone several tectonic phases as a result of collision between bedrock plates. Archaic bedrock is to the west and the higher lying areas of the country.

West Mali belongs to the West African craton. Eastern Mali belongs to the Tuareg Shield, which is part of the Sahara Craton. These two bedrock plates collided at the end of the pre-Cambrian era. High metamorphic rocks such as green slate are found west of the Adrar des Iforas mountains and represent an active continental margin between the West African craton and the Tuareg shield.

Gold is Mali’s most important export item and is found furthest to the west. The bedrock also carries a wide range of other ores. 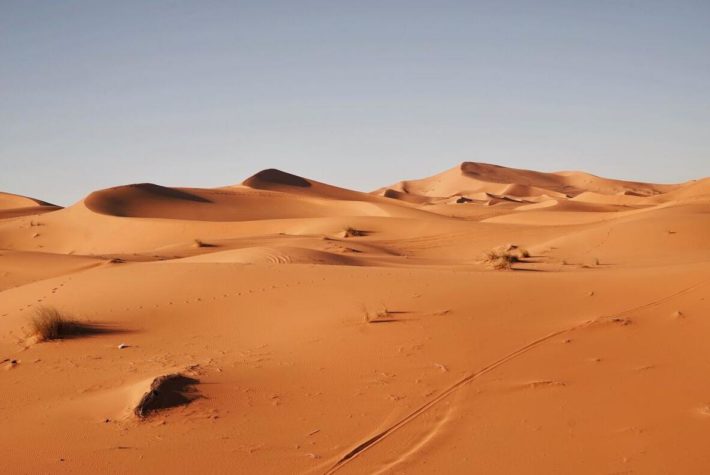 Mali is located in the tropical climate zone and is a hot and dry semi-arid country. The southernmost part of the country has savanna climates with annual rainfall of 1000–1500 mm. August is the rainiest month and December – February is dry season. The warmest period is before the rainy season, with average temperatures above 30 ° C in April, while it is coldest with average temperatures 25 ° C in December – January. Further north, the rainy season is shorter, and it is dry season October-April. Here there is steppe and desert with annual rainfall down to 100-150 mm. The warmest time here is May – July with average temperature 35 ° C, while the average temperature for December – January is approx. 20 ° C. All the way to the north it only falls approx. About 50 mm of precipitation falls annually. The rainfall can show great variations from year to year.

Plant life and wildlife in Mali

The vegetation in Mali is characterized by the dry climate and gradually changes along a north-south gradient. In the south there is savannah, along the rivers and along the border with Guinea there is some forest. Growing on the savanna butter. Further north, in the Sahel belt, the vegetation is steeped in drought-resistant trees such as monkey trees and dump trees. In the far north, towards the Sahara, all vegetation disappears.

The mammalian fauna comprises about 140 species. On the savannah in the south lives, among other things. antelopes, gazelles, giraffes, elephants, lions, jackals and hyenas. There are also foxes, foxes and several sneakers of predators. Crocodile and hippopotamus are found in the rivers. More than 100 species of fish and 350 species of birds are found in the Niger Inland Delta. More than 650 species of birds have been observed in Mali, including more than 50 birds of prey, 30 birds of prey and numerous sunbirds and weavers. Ostriches, stairs and secretary birds live on the savanna. At least 105 reptiles and 30 amphibians occur.