From the 16th century, Congo’s rich music traditions have made a profound impression on visitors from Europe. Traditional music and dance exist in many forms among the various groups of people. In the northeast, Islamic influence is felt in the singing style, with tense, nasal voice. The Pygmy people in the south are known for a highly developed vocal polyphony with the use of distinctive juggling technique. Most famous are the mbuti people in the Ituriskogen, who also use various rhythm instruments, piki (flute) and molino (nap). The music of the Bantu people is closely related to dance and physical activity, with a rich selection of instruments: likembe (thumb piano), drums and rattles, string and wind instruments. 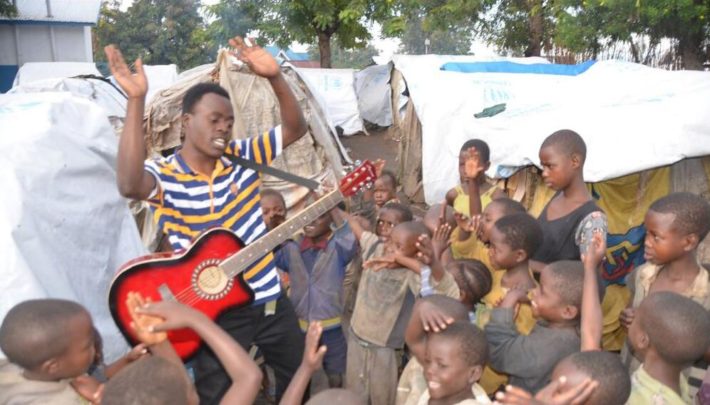 Congo plays a leading role in African pop music in terms of both style and dance forms. A popular song and guitar style emerged in the 1950s, it was replaced in the 1960s by Latin American influenced dance music, performed on modern instruments (electric guitar, saxophone, trumpet, percussion). From the 1970s strong impulses from western pop music are also felt. Urban music is in its core a synthesis of traditional musical forms and international impulses. Several of the foremost representatives of Congolese pop music, often called soukous, have also become international stars. Mention can be made of Tabu Ley Rochereau, the group Zaiko Langa Langa, Papa Wemba and Kanda Bongo Man.

In addition to teaching art music, the Institut National des Arts also provides training in traditional music and dance. The Musée du Congo has an extensive collection of traditional musical instruments, which are also described in a series of monographs.