Folk music is rooted in the traditions of the various folk groups. The vocal music is mostly unanimous, but the ba-benzélé pygmies are known for a rich vocal polyphony, where the song alternates with a simple, end-blown flute that can only give one or two tones. The instrumental among the various folk groups is rich and includes xylophones, thumb piano, harps, drums, bells, rattles, whistles and wood horns. Characteristic examples are ngombi (ten-string harp), mbeta (bow of music), mvet (eight-string seats) and lēngā (split drum). The instrumental music is characterized by rich polyphony and polyrhythmics. Music activity is part of ritual and social contexts. 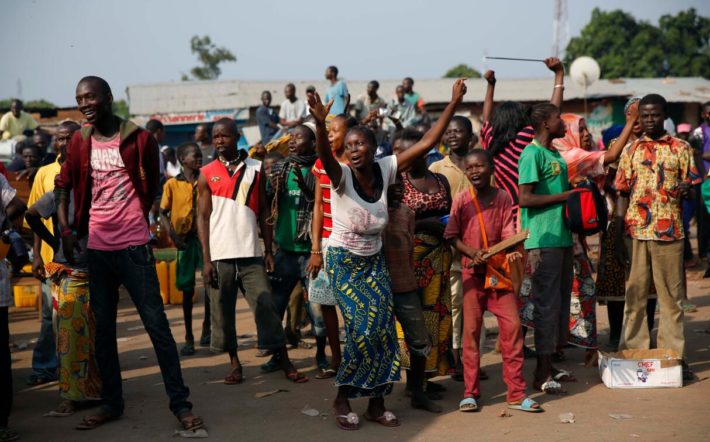