Freedom of religion is enshrined in Namibia’s constitution and is also respected in practice. Nearly 90 percent of residents identify as Christians and about half belong to the Lutheran Church.

The majority are Catholics, but there are also Methodists, Baptists and communities belonging to the Anglican and Dutch Reformed Church. 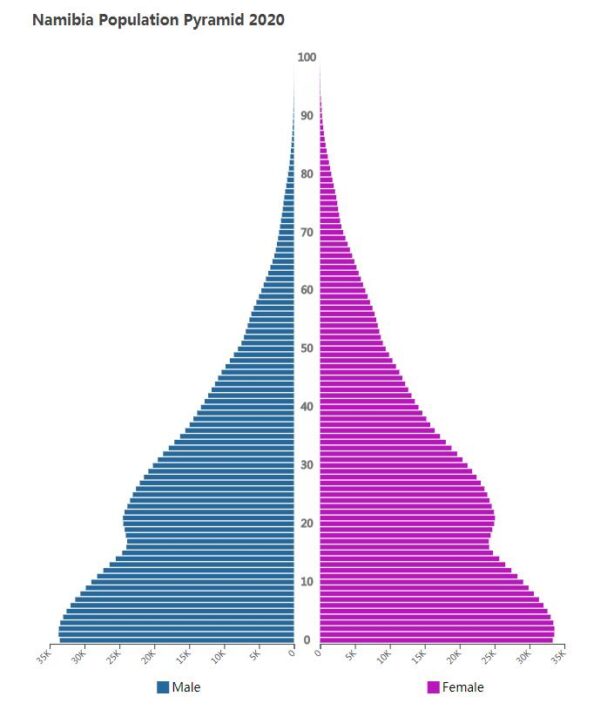 Eleven different ethnic groups live in Namibia. The Bantu peoples, especially the Ovambo or Ambo living in the north, have the largest share. The Herero include the Hottentots. The Bushmen are considered to be the country’s indigenous people. About 6% of the population are white, of which 30% are of German descent. Namibia was a German colony until 1918. The Protestants are the largest religious community with around 60%. Natural religions and traditional cults still have a large following today. The official language is English. In addition, Afrikaans and Bantu languages ​​are spoken, and German in some regions.

Namibia is one of the most sparsely populated countries in the world. As a result, the way to the next school is too far for many children. Despite compulsory schooling, the illiteracy rate is around 20%. Around a third of the population lives in cities.

President Hage Geingob admits that he has broken the country’s strict coronary restrictions by arranging an event in Parliament to attend the ruling party’s 60th anniversary of Swapo’s. Several of the party leaders participated in the celebration, and according to the president, everyone present has now had to take the consequences of the common rule violation by being fined. Geingob has on several occasions been criticized for not living as he learns but rather seems to take the restrictions lightly. He invited several foreign heads of government to his installation in March. Many chose to come, despite current travel bans.

Provinces are closed to obstruct the corona center

The provinces of Khomas and Erongo are shut down for 21 days and all internal travel is prohibited to prevent the spread of coronavirus. Parliament is also closed during the same period, as well as restaurants, bars, museums and other public gatherings throughout the country. The decision complements the first restrictions imposed a week earlier, the day after the country’s first confirmed case of coronary disease. The restrictions included, among other things, the closing of all schools and churches. The planned 30th anniversary of Namibia’s independence has also been canceled, and the re-installation of President Hage Geingob was scaled down to a small ceremony at the government office.