Towards the fifteenth century from the Ethiopian plateau many tribes of shepherds, driven out by the Abyssinians, emigrated to the south. They crossed the steppes that stretch west of Lake Victoria, crossed the valley of the Kagera river and climbed the plateaus that stretch between the Kivu and Tanganyika lakes. On the high pastures the shepherds found an ideal environment for their herds and settled there.

They, representatives of three lineages, the Batua, the Bahutu and the Vatussi, arrived in the country at different times; the Batua came first and then the others. The Batua, real pygmies for their short stature, were the most primitive and lived essentially on hunting and fishing. Those who managed to evolve devoted themselves to the manufacture of the vases.

From the 10th to the 15th century the Bahutus arrived; they cut down most of the forests to cultivate the land; they were very fond of justice and hated the ignorant, savage and violent Batua.

Then it was the turn of the high Vatussi, of uncertain origin, who, strong and astute, dominated the territory for centuries by imposing their customs. Below them arose the two kingdoms of Rwanda and Urundi.

Only in the late 1800s did this territory become the subject of exploration by Europeans, first of all Germans, and in fact it immediately became part of German East Africa. But during the First World War it was occupied by Belgium which then had it, as a mandate, by the League of Nations in 1919. It was then the United Nations in 1946 that took it on mandate, but the trusteeship remained with the Belgians. The latter had to proceed very cautiously since the proud Vatussi never submitted to the Belgian trust administration.

According to Abbreviationfinder, an acronym site which also features history of Rwanda, a governor exercised power with the assistance of a council, attended by the two kings of Rwanda and Urundi. With the arrival of the whites, the exploitation of the land began in the country. Grandiose reforestation, canalization and drying up of marshy areas were carried out. The Belgians taught the indigenous people the most effective cultivation systems and introduced extensive cultivation of coffee and cotton throughout the territory. Breeding was also much improved. And in many areas of the country many streets and towns full of activities were built. The separation of the two states occurred in 1961 and independence was granted to them on July 1, 1962. The two states were called Burundi and Rwanda.

After the split from Urundi, a provisional government was established in the territory, made up of six Rwandans (Hutu) and two Belgians and chaired by G. Kayibanda, and in January 1961 the Republic was proclaimed.

The UN imposed a referendum to ratify this Republic and, following the positive result, recognized it. On 1 July 1962 he was completely independent but immediately found himself facing a guerrilla situation, carried out by the outspoken dissidents of the Tutsi ethnic group, who in every way tried to restore the monarchy.

In 1963 severe repression put an end to the guerrilla war and in 1965 Kayibanda was confirmed as president. All the seats of the National Assembly were the prerogative of the “Republican Democratic Movement or Parmehutu” and in 1969 national peace was achieved.

With regard to foreign policy, Rwanda had close relations with French-speaking African countries and western states.
But the tension between the various ethnic groups, especially the northern Hutu one, on July 5, 1973 provoked a military coup, led by General J. Habyarimana, who headed a “Committee for Peace and National Unity”.

Having dissolved both the “Parmehutu” and the National Assembly, Habyarimana strengthened the powers of the central administration, abandoned economic nationalism and embarked on a pacification process between Hutu and Tutsi.

In 1975 the “Revolutionary Movement for Development” was founded; international agreements were reached for collaboration with Zaire, Tanzania and Burundi.

With Zaire and Burundi, the “Economic Community of the Great Lakes Countries” was formed in April 1976; this also included Belgium, France and Italy, as well as other Arab and Asian countries. In 1973 Habyarimana was reconfirmed in office and launched a project to restore the Constitutional government.

With the “Third Republic” it was possible to count on a certain political stability. It was not so, however, for the economic one, since between 1982 and 1983 tens of thousands of Rwandans, already residing in Uganda, returned to their homeland, creating serious problems for the already worrying overpopulation. And since this influx continued until 1988, also from Burundi, the following year, the two presidents of Rwanda and Burundi met to develop a plan for stabilizing border areas and economic cooperation.

In 1990 the country was hit by another serious crisis, again due to guerrilla actions led by Tutsi refugees residing in Uganda and members of the “Rwandan Patriotic Front”.

Habyarimana, in August 1993, after vain attempts to end the struggle, established an agreement with the “Front” for the formation of a transitional government, with the participation of the “Front” itself.

But the situation worsened when on April 6, 1994 the plane that brought the President back home exploded in flight. His militia immediately waged an unprecedented massacre, killing members of the opposition parties, UN representatives and Tutsis.

The dead were more than 500,000. The UN assigned France the task of a military operation to establish a security zone in Rwanda.

On 9 July 1994, a provisional government was formed led by two moderate Hutu leaders and P. Kagame, head of the “Front” who assumed both the post of vice-president and that of the Minister of Defense.

But national pacification was not achieved. Indeed, the war continued between the Rwandan Patriotic Army, the regular army and armed Hutu groups. There were thousands of deaths: a real genocide.

Then, with the apparent aim of hunting down those Hutu guerrillas who had made themselves responsible for that genocide, Rwanda joined the rebels who had started the civil war in the Congo (ex Zaire), where the Hutu had withdrawn. In reality the aims were different since Rwanda wanted to expand its dominance in the eastern regions of the Congo.

However, on this occasion many Rwandans-Hutus were massacred and many others were lost track.
The Rwandan government, in addition to the arduous task of bringing the Hutus responsible for the genocide to justice, was faced with a thousand other economic difficulties, which were not easy to solve.

Meanwhile, the United Nations established a special court in Tanzania, based in Arusha. In September 1998, this court issued a first sentence against JP Taba, who was sentenced to life in prison. A few days later another person in charge had life imprisonment and was former Rwandan premier J. Kambanda. Previously, however, in April 1998, the Rwandan authorities had sentenced 22 people suspected of genocide to death, and this had provoked protests from many states since, it was declared, the necessary defense had not been guaranteed to the defendants. 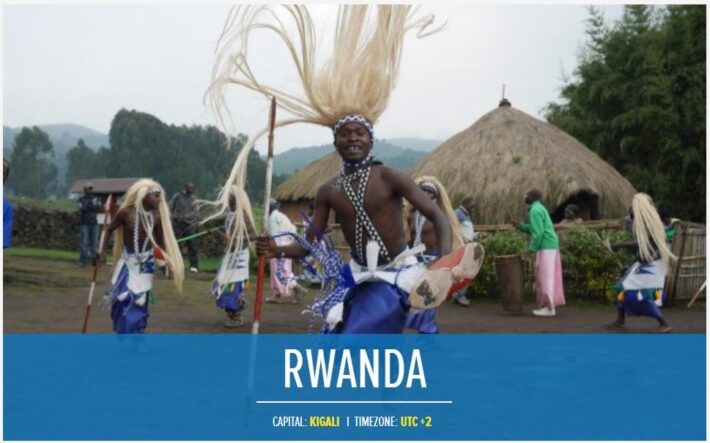 Meanwhile, within the country, all political activity seemed to stagnate and the transitional government, formed since 1994, had an extension until June 1999. The Rwandan Patriotic Front, which represented more the leaders of the government, had ruled that, due to the persistent immaturity, the times for setting up any form of electoral consultation had not yet been reached.

In late 1999, the United Nations issued a communiqué denouncing insufficient attention to the events in Rwanda in the member countries. In some cases, indeed, the total absence of interest had been evident, in particular we were referring to the United States. In this release, harsh criticisms were made of all the countries representing the United Nations hierarchy, and these countries had not only ignored the warnings about what was happening in that country, but that had even reduced the number of military presences on the territory from 25,000 units a few hundred, thus abandoning the population to a tragic fate. And when the genocide was now an accomplished fact, the same military forces had been sent again, naturally unnecessary.

In April 2000, since Rwanda had proclaimed its independence, that is, about 40 years later, a Tutsi, P. Kagane, the strong man of the country, became president for the first time.