Around 1786 the French introduced inhabitants to the archipelago. It was mostly Creoles and slaves from Mauritius and Reunion. When the “trafficking” was abolished, many slaves flowed there, now free, from East Africa and settled there together with Indians, Chinese and a few English. In 1794 the islands were annexed by the British who called them “crown colony”. The first colonists cultivated spices and tried to develop more and more the cultivation of cinnamon and essential oils. This production after 1850 decreased because efforts were made to start cocoa cultivation; and towards the end of the 19th century that of vanilla. Then the settlers moved towards the production of coconut, which is still very advanced.

In 1931 a census established that the population was made up of about 28,000 people and two years later the increase had been quite small, just a thousand more people. Instead in May 1960, with the increase in wealth and tourism, there was a demographic increase to over 41,000 inhabitants.

On June 29, 1976, after a long period of meetings and negotiations, Great Britain granted the Seychelles independence which thus became an Independent Republic, always a member of the Commonwealth.

Sanctioned, therefore, the agreement for independence, Great Britain had to return the islands of Aldabra, Farquhar and Desroches, already part of the British colonial territories since 1965, but rented to the United States.

In 1977 Renè, with a coup, deposed Mancham; he proclaimed himself president, dissolved the National Assembly and suspended the Constitution. The following year he founded the “Progressive Front of the People of Seychelles”, which conglobated the previous party, always chaired by him, then in 1979, with the promulgation of a new Constitution, he started a one-party socialist government. And with this structure, the new legislative and presidential elections of 1979 saw him as the only candidate, reconfirmed in the office.

Several attempts at coups took place in the country; some perpetrated by South African mercenaries, others by political exiles. Rene made a friendship pact with Tanzania that committed to collaborating to build a “peace zone” in the Indian Ocean. He was re-elected in both 1984 and 1989. Meanwhile, another opposition party was forming in London in 1991, which was called the “Movement of Democratic Unity”, led by M. Ferrari. And again in 1991, following strong pressure from Great Britain and France, Renè started a democratization project in the country and therefore began by allowing the opposition to organize freely. Then he allowed the escaped political dissidents to return home.

In July 1992 there were particular elections designed to form a Commission for the drafting of a new Constitution.

In addition to the president’s party, which had a majority, the Democratic Party, once led by Mancham, and another opposition party, the “Seselwa Party” (or Seychelles Party), led by the Anglican pastor, participated in these elections. W. Ramkalawal. But the sittings of the Commission were interrupted by the Democratic Party as it was not empowered to have a say in view given the large majority of the government party. The same Democratic Party then participated in the drafting of the Constitution which was ratified by the referendum of 18 June 1993 with the majority of 73.6% of the votes, but with the opposition of the Seselwa Party. With this new Constitution it was foreseen:
– a multi-party regime;
– a National Assembly composed of 33 deputies;
– a 5-year presidential term, renewable three times.

In the legislative and presidential elections, held in July 1993, the ruling party once again gained a majority and Renè was reconfirmed as President. 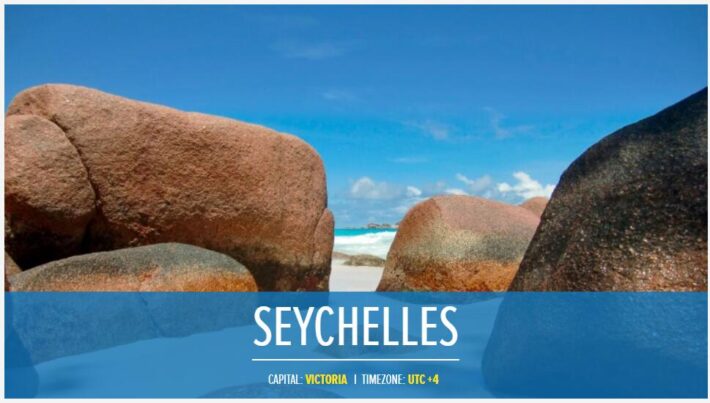 The new government immediately applied market liberalization in order, among other things, to attract more foreign investment. He then raised taxes on luxury goods and decreased them on basic necessities. This was followed by a limited privatization in the tourism, agriculture and fish fields, as well as the formation of a “free zone” to encourage international activities.

Then the closing date of the American space base, which had been entrusted for some time, was set for October 1996, and finally it guaranteed criminal immunity to all those who had invested in the country the sum of 10 million dollars. This alarmed not only internal oppositions but also many international bodies, in the expectation that this immunity would allow illegal activities, such as money laundering. At that point the government revisited the rules, too permissive, and put some more restrictive clauses, but always with a certain openness.

When the general elections were repeated in March 1998, President Renè was reconfirmed and, of course, his party.