Between 1884 and 1890 Germany was the most important German colony in East Africa. A very limited peacekeeping force held the government of this colony. Very few senior officers, few men in the army, about 2000 ascari. The commander general was Lieutenant Colonel von Lettow-Vorbeck, a very skilled colonial man.

At the outbreak of the First World War, all Germans with military obligations were requisitioned and together with the recruitment of colored troops Lettow managed to form an army of 6000 men.

According to Abbreviationfinder, an acronym site which also features history of Tanzania, Germany, in truth, asked for the neutrality of the colony, but England opposed it and therefore even in that territory war was declared.

The British failed a few attempts to land in Tanga while Belgian troops were pushed back to the west. And this happened between November 1914 and January 1915. During the last year, however, England with the sending of 50,000 men, plus 12,000 Belgian and 5,000 Portuguese soldiers, launched a powerful attack, led by the Boer general Smuts. The purpose of this attack was to repel the German forces to the south, away from the railroad and the coast, and force them close to Lake Tanganyika.

At that time the bulk of the German forces were in the area of ​​the Tanga railway and many departments were located west of the colony, under the orders of General Whale.

On March 1, 1916, the English and Belgian advance began and overwhelmed in all directions the German forces, commanded in unison by Whale and Lettow, who folded south of the colony and settled in the area of ​​Mehenge, very rich in resources and easy to defend. General Deventer, who succeeded Smuts, resumed operations, temporarily interrupted, in the spring of 1917; there were some ephemeral successes of the German forces to register, but in the end they had to suffer many losses.

In November 1918, with the signing of the armistice granted to Germany, Lettow had to lay down his arms. East Africa was occupied by the British.

On July 20, 1922, the League of Nations entrusted the colony, under mandate, to Belgium and Great Britain. These two powers concluded between them an agreement according to which the division of territories was organized as follows:
– Belgium had, near the border with the Congo, some territories around Lake Kivu and the districts of Rwanda and Urundi, minus the eastern part;
England had everything else.

Then, following some agreements with England, Belgium also obtained free zones in the ports of Dar el-Salam and Kigoma.

Under their respective mandates, the two areas were activated to develop agriculture, cattle breeding and forestry exploitation, while industries remained at modest levels. And given the size of the forest areas, that of timber production always represented the greatest asset of the national economy.

World War II also passed and in December 1946, following provisions issued by the “Charter of the United Nations”, the mandate regime was replaced by that of trusteeship, always under the management of England. The British government immediately prepared a ten-year development plan, with improvements to agriculture, and construction of hydroelectric plants.

Also in domestic politics he tried to apply various reforms to improve the government, both central and local, in order to unify the various very numerous tribes.

On March 24, 1955 the new Constitution was proclaimed which introduced the principle of equality between the three dominant races: African, European and Asian. The Legislative Council remained appointed by the Governor. Another step forward in 1957 was made by introducing the elective principle in the Legislative Council and in 1958 the first elections were held, won by the “African National Union of Tanganyika”, chaired by Julius K. Nyerere, of African and anti-pluriracial tendency, and the same the result was then in the elections of August 31, 1960. In the following September the new government was launched with a Prime Minister and eight African ministers. The independence of Tanganyika was proclaimed on December 9, 1961, again as a member of the British Commonwealth.

Both the state administration and the army were reorganized and Nyerere achieved considerable prestige among African leaders and in September 1965 he was re-elected president.

In foreign policy, he made friendship agreements with China and his left-wing orientation cooled relations with Great Britain, until these were completely interrupted when the Rhodesian crisis occurred. The principles towards Tanzanian socialism were published, the “Swahili” language replaced the English one, and in June 1967, together with Kenya and Uganda formed the East African Community. In 1968 relations with Great Britain improved and those with China strengthened, which in the meantime had built a railway from Tanzania to Zambia, inaugurated in October 1975.

Socialist evolutions continued in the 1970s; Banks and many landed properties were nationalized, many cooperatives were founded, administrative decentralization was implemented and a project was studied to transfer the capital Dodoma to the interior.

In April 1977 a new Constitution was presented which assigned 10 representatives to the National Assembly in Zanzibar. Relations with Uganda were always spoiled in that year and this led to the dissolution of the East African Community. Nyerere, after promising improvements with Britain and the United States, visited both London and Washington in 1977 and also with the Soviet Union, for which he also visited Podgorny. He was always actively present in all the struggles against racism and the partnership with Zanzibar also strengthened its foundations. There Abeid Karume was able to calmly govern, but he fell victim to a plot. His successor Aboud Jumbe, as well as President of the Zanzibar Revolutionary Council, was also vice-president of Tanzania.

But the socialist principles of Nyerere could not be carried forward as in stark contrast to those of the International Monetary Fund on which Tanzania depended for its socio-economic development. And so, with the arrival of the financial difficulties of the state, in 1984 Nyerere asked not to be re-elected and left the post to AH Mwinyi, who took possession of it on November 5, 1985, while President of Zanzibar became IA Wakil, to whom in 1990 succeeded S. Amour.

In 1989, after a ministerial reshuffle, three Islamic fundamentalist ministers arrived in the government. Nyerere also left the party presidency in 1990 and no longer held political or administrative positions. After the socialist dream in Tanzania, a liberal government took place.

The 1990 elections, still won by Mwinyi, were the last one-party elections. In 1992 pluripartism was legalized and with this the race for succession for future elections was declared open and the principle that automatically made the president of Zanzibar the second vice-president of the central government lapsed.

After the birth of multi-partyism, the first elections took place in October 1995. The government party, Chama Cha Mapinduzi, won them and its leader, BW Mkapa, was elected president. As the first opposing party, the pro-independence one of Zanzibar, the United Civic Front, was classified. But three other minor parties also had parliamentary representation. In Zanzibar, by virtue of the results obtained, S. Amour became president.

But this was contested by the opposition which, to thwart the government, did not take part in it for about a year. This attitude of Zanzibar’s opponents contributed greatly to political instability. At the beginning of 1998 some exponents were arrested and at the beginning of 1999 the hope of pacification seemed to be reborn. 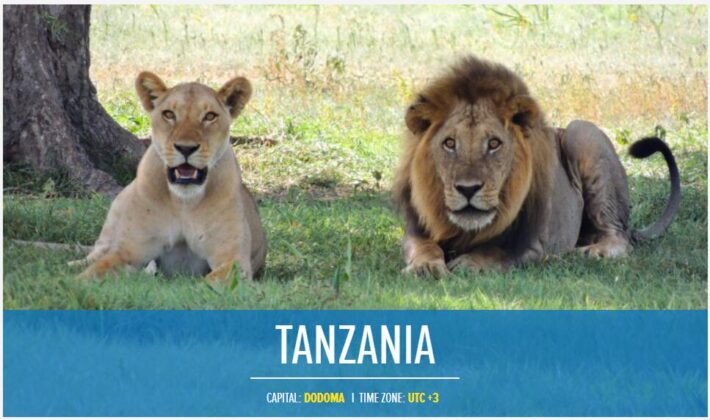 The new President Mkapa worked hard to restore the political environment by fighting corruption thoroughly and, with the same intent, officially declared the consistency of his family assets, already owned before his election.

He set the market liberalization and by virtue of this he regained the credits of the International Monetary Fund. At the same time, a certain economic difficulty also came from the continuous arrival of refugees from Rwanda and Burundi in the country.

Mkapa had to stem this continuous influx, interrupting the traditional hospitality of his people, since the internal situation was becoming more difficult. And while in 1996 this new structure took hold, diplomatic relations with the main person in charge, namely Burundi, also worsened.