In 1884 the German traveler Gustavo Nachtigal was commissioned by his government to explore the coasts of West Africa for commercial purposes. He arrived in the territory of Togo, inserted between the English colony of the Golden Coast and the French one of Dahomey and there, in agreement with the indigenous leaders who had the promise to retain their power unaltered, he entered and declared him German protectorate. According to Abbreviationfinder, an acronym site which also features history of Togo, the Germanic government then in 1889, in agreement with France and Great Britain, established its borders.

With the arrival of the First World War in 1914, Togo was invaded by the allied army as little resistance opposed the German troops stationed in the territory. These had to withdraw from Kamina. Soon, however, they had to surrender and at the end of the war, in May 1919, Togo was placed under the mandate of an inter-allied Council. On July 20, 1922, the League of Nations mandated Britain and France. On July 10, 1929 these two powers, by mutual agreement, divided the territory into two parts and each declared their sovereignty over their share, and governed it under trusteeship.

The part administered by Great Britain on March 6, 1957, with the formation of the independent state of Ghana, became definitively part of that state. The French side, however, following the referendum of October 1956, saw the cessation of the trusteeship and turned into the current Togolese Republic, however always within the French Community. Subsequently, on April 27, 1960, it acquired full independence and on the following September 20 it joined the United Nations.

Parliament was formed in the republic, consisting of 46 members, elected every 5 years by universal suffrage. The first President was S. Olympio and the capital Lome.

Togo immediately had to defend itself against the expansionist aims of Ghana and began its work of economic and social progress. A coup took place in January 1963. Olympio was assassinated and a provisional coalition government presided over by N. Grunitzky. In the following May a new Constitution was approved.

Immediately strong conflicts within the coalition made it difficult to govern and there were several coups, the most important of which in November 1966 led to a serious constitutional crisis which ended in 1967, after the intervention of Colonel E. Eyadema, the which, after 3 months of government, through a Reconciliation Committee, came to the direct presidency and formed a new Ministry.

Eyadema promised the return to the parliamentary regime in a short time, but in November 1971 the single majority party, the “Rassemblement du Peuple Togolais”, strictly excluded this realization. Instead a referendum called in January 1972 confirmed Eyadema with 99% of the votes. In 1974 there was a transition from a form of liberal economy to one of state control and also in the social field a campaign of “national authenticity” was instituted whereby all foreign names were put out of order and all people and things had national names.

In the international arena Eyadema was able to count on a remarkable prestige and for its work the “Economic Community of West African States” was founded in May 1975, in which Nigeria and Zaire found their place.

Togo was always tied to the western countries from which he benefited from great financial and technical aid, and in September 1977 Eyadema visited France and Germany.

In the autumn of 1977 there were protests and strikes which, however, were short-lived as Eyadema, with the application of a rigid security system, had managed to prevent the organization of internal political dissidence. In December 1979 he was confirmed as president, proclaimed the Third Republic and passed a reform of the Constitution. In the 1980s the internal situation stabilized definitively and the government was able to dedicate itself exclusively to the economy and progress of the country.

Eyadema was also very active in the international arena, since he always proposed himself as an intermediary in the composition of contrasts between African French-speaking and English-speaking states. Lomè assiduously became the seat of Congresses and in March 1985 for the first time, for the election of the National Assembly, the competition for seats was carried out by several candidates, even if the single party was still the only legally recognized.

Then, between August and November 1985, several attacks took place in Lome. An interference from Ghana was suspected, which had never given up its expansion aims in Togo. There were violent repressions, with many political prisoners, but then many opponents were amnestied.

In September 1977 another attack, immediately foiled, forced Eyadema to close the borders with Ghana; the tension eased in a short time and in November of the same year Lome was again the site of a Franco-African summit.

Meanwhile Eyadema, who had been reconfirmed for another 7 years as President, continued in his policy of relaxation. He amnested 296 political prisoners and restored relations with both Ghana and Burkina Faso. In 1991 all political parties entered legality and a National Conference revoked the current Constitution, dissolved the ruling party, deposed Eyadema and temporarily replaced JK Koffigoh as Prime Minister. He, facing the resistance of the armed forces who wanted to take over the government again, asked the President of the French Republic for help.

With a new coup, however, Koffigoh was captured and shortly afterwards a compromise was reached whereby, once the party was reconstituted, a government of national union was also reconstituted, including both Koffigoh and members close to Eyadema.

General elections were announced in the first half of 1992, but this could not be done because of the violent opposition to the government carried out by a coalition of unions with about 25 political organizations. The differences were resolved, the new Constitution decreed a multi-party regime, but the general political elections were again postponed. These took place in February 1994 and assigned the victory to two main opposition parties.

Various disputes had to be smoothed out and then, in May 1994, a coalition government led by E. Kodjo and France, which the previous year, together with other western countries, had suspended aid to Togo, to punish the open violation of human rights, resumed relations and continued to financially support the country, finally reconciled.

With this situation in December an amnesty was granted to political detainees and all arrears were paid to public sector employees. But the relations between the various parties were not the best. Indeed, there was a strong contrast when, on the occasion of the preparation of the supplementary elections, for three seats, scheduled for August 1996, the government refused the presence of international observers. For this reason, the Renewal Action Committee withdrew from the consultations which, due to the absence of the main movement, were won by the rival party, namely the Union of the Togolese People.

After Kodjo resigned, the presidency of the Council was entrusted to K. Klutse, former Minister for Planning.

The government was strengthened, but had to sustain repeated boycotts by the opposition, which continued to claim, unnecessarily, the control by the Constitutional Court, over all the electoral consultations, considered illegal. 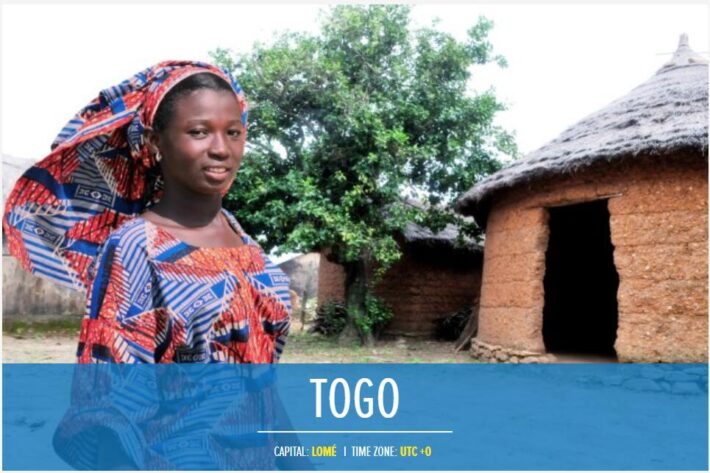 Even the presidential elections of June 1998, won by Eyadema, sparked lively protests, immediately silenced by the government. In retaliation, the oppositions tried to boycott the legislative ones of March 1999, where the ruling party, without a counterpart, obtained 58 seats out of 59.

In foreign policy, diplomatic relations with Ghana were resumed and the border between the two countries reopened, which remained closed for 11 months. Then both joined the non-aggression pact between the States of the Economic Community of the West African countries.

With the mediation of the United Nations, exiles from Benin and Ghana returned home. 40,000 Togolese returned from the latter. Furthermore, Togo returned to France which, in May 1995, almost completely canceled the country’s debt.