Millennium Development Goals (MDG) and sustainable development with the SDGs

For some development goals, such as For example, Uganda was able to achieve good results in access to free basic education, but the school dropout rates are still very high. Initially, Uganda was also successful in reducing the prevalence of HIV diseases, but the number of new infections is currently increasing again. In other sectors, particularly health, particularly maternal and child health, little progress has been made.

In September 2015, the 2030 Agenda for Sustainable Development was adopted at a United Nations summit. On the basis of 17 goals, the so-called Sustainable Development Goals (SDG) , poverty should be ended, health improved and inequality reduced, and climate change addressed by 2030. Uganda’s goals are based on the National Vision 2040, for example, the average income of Ugandans should rise to USD 9,500 per year.

A variety of initiatives are intended to help people out of poverty. At the moment, women in particular are benefiting from the numerous microfinance offers. Numerous government initiatives are also fighting poverty. There are diverse programs, especially in disadvantaged areas, such as the Northern Uganda Social Action Fund (NUSAF), or Alternative Basic Education for Karamoja (ABEK). Of course, these programs are also supported by international donors.

Uganda’s dependence on foreign aid has remained high over the past 20 years and this situation will hardly change in the foreseeable future. China’s commitment is growing ever stronger. B. with the financing of the express highway to Entebbe and several industrial parks in medium-sized cities such as Mbale, Tororo or Luwero. It is not always clear what effect foreign funds do for the elites, does it buy votes or implement government programs?

Uganda has been a cooperation country of German development cooperation since 2007 and the following priorities have currently been agreed:

The private sector is an important partner. Vocational training for young people, especially girls, is also promoted. Furthermore, Germany is committed to good governance, the fight against corruption and the protection of human rights in Uganda.

The nationwide goal is also to create opportunities for young people, especially girls, through vocational training.

At government negotiations in October 2016, the German government promised Uganda the amount of 74.6 million euros for the period 2016 and 2017. During his visit to Uganda in October 2017, Development Minister Müller praised the exemplary work with refugees and pledged further support. With a total of 11 million euros from the special initiative Combat the causes of flight – reintegrate refugees, the BMZ is supporting the work of the UN Refugee Agency (UNHCR) in Uganda. A further 13.9 million were raised as part of the special initiative ONE WORLD without hunger for responsible land policy and sustainable fishing and the expansion of potato production and processing made available to the Ugandan government.

However, like other donor countries, Germany suspended budget support at the end of 2012. This drastic measure was justified with corruption scandals, the accusation of Uganda to support the rebels in the DR Congo and the tightening of the laws against homosexuals. 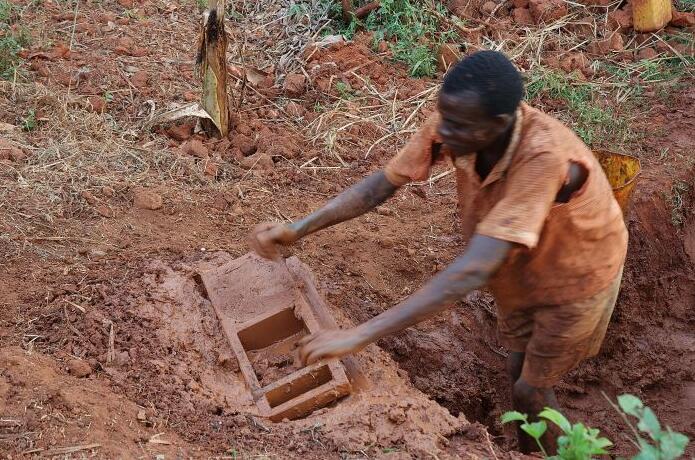