The East African landlocked country Uganda, with its national territory of 241038 km², is about as large as the old federal states. About 1/5 of the area consists of water. The landscape is characterized by a high basin with an average altitude of 1000 to 1300 m. This lies between the East and Central African Rifts. Uganda borders the Democratic Republic of the Congo to the west, the new state of South Sudan to the north, Kenya to the west, and Tanzania and Rwanda to the south. 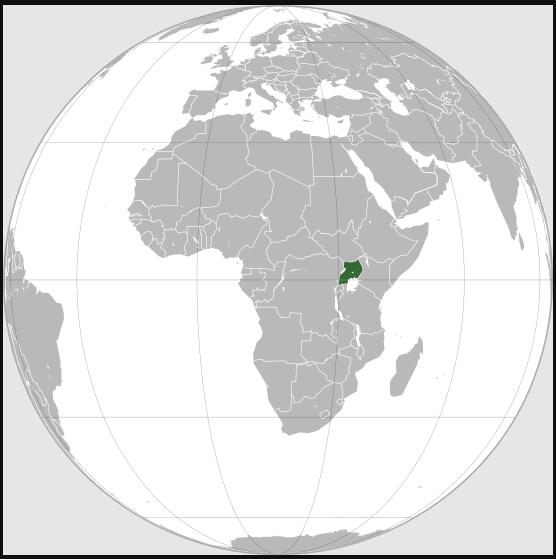 According to businesscarriers, Uganda’s over 43.3 million residents have an average life expectancy of around 68.2 years and live mainly in rural regions. Urbanization is still low at 25% but is increasing steadily. About 85% of the population are Christians, slightly more Catholics than Anglicans, about 14% belong to Islam.

In Uganda, the indigenous languages are spoken in everyday life, the national language is English and, since 2005, Kiswahili, which is not yet widely represented.

In the UNDP’s Human Development Index, Uganda ranks 163 out of 188 countries examined.

Inland Uganda was divided into 118 districts in July 2017; in October 2019 there are already 134. Since a constitutional amendment in 2005, the capital Kampala has a so-called special status. In June 2020, the parliament recognized 15 larger cities, including Jinja, Mbale, Masaka, Gulu, Arua and others, the status of the city. This is to be implemented within the next four years.

President Museveni has been in power since 1986. Following a constitutional amendment in 2005, Uganda has a multi-party system.

The Federal Foreign Office offers general basic information on the country. At the World Bank, in the CIA’s Word Factbook and at the UN Statistical Department you will find data and figures on many topics. The Uganda Bureau of Statistics also provides a comprehensive collection of data based on the last census from 2014.

The Ugandan government’s goal is universal power supply for the rural population by the year 2035. In 2006, only 10% of Ugandans had electricity, now 28%. Since 2018, the government has been promoting electricity connections in households by covering the costs up to the house, so the electricity customer only has to pay a fee to finance a power pole and the wiring in the house.

Uganda still covers most of its energy needs from firewood and charcoal. The consequence is a continuously decreasing tree population. Uganda participates in the so-called carbon offset programs for CO2 compensation measures. However, whether this benefits the population or rather harms it is controversial. In order to create plantations, land is needed that was previously used in different ways by the rural population, which often results in displacement. Predominantly monocultures are created, mostly pine trees, which in turn makes the use of herbicides necessary with all the disadvantages for the environment, the fields of the smallholders and the environment.

For a long time Uganda received its electricity only from the hydroelectric power station on the Owen Falls. A second dam, also on the Nile, at Bujagali Falls, went into operation in early 2012. The construction led to heated and controversial discussions between supporters and opponents. At the moment the Karuma Dam in the north of the country is under construction. The envisaged use of the well-known Murchison Falls, which is located in the national park, for energy generation is met with fierce opposition from the population and the national park authorities. Many hope that the project will not be implemented.

Uganda suffers from climate changes, among other things provoked by massive deforestation on the banks. Ugandans are clearly feeling the consequences: the electricity is mainly generated from hydropower, is scarce and is rationed. Internet cafés, small businesses and industrial plants cannot work or can only work to a limited extent. As an emergency solution, more and more diesel generators are rattling, which in turn causes fuel prices to rise. The high price of electricity also means that electricity is illegally diverted. At the moment Uganda’s electricity authority UMEME is complaining about a loss of 40% of the amount of electricity, mostly due to theft, a smaller proportion due to the broken power grid.

Solar energy is suitable for the predominantly decentralized population, but it remains unaffordable for many. A photovoltaic power plant in Soroti went into operation in 2016 and is designed to supply 40,000 households; another is under construction in Tororo. Both power plants and a good number of small hydropower plants are being built as part of the GET Fit Uganda program. Financed by, among others, the KFW, energy is to be produced in a climate-friendly manner with the involvement of the private sector, this is to promote growth but also contribute to poverty reduction.

The Federal Ministry for Economic Cooperation and Development, in cooperation with entrepreneurs, is working on further ideas for energy supply for rural areas.