Form of government and constitution

Uganda is a presidential republic. The President Yoweri Kaguta Museveni is the head of state and commander in chief of the armed forces. Patrick Amama Mbabazi headed the cabinet meetings as Prime Minister until September 2014, after his surprise dismissal, Ruhakana Rugunda, who has since been Minister of Health, took over the office.

Uganda’s first constitution to give the country independence was shaped by the British and favored the kingdoms of the south. Obote overruled this and centralized the state. The current constitution, which was adopted on October 8, 1995 and which was previously drawn up with broad participation by the population, contains a catalog of fundamental rights, including rights to be heard, freedom of religion and information and the protection of certain groups such as women, children, the disabled and ethnic religious minorities. In 2005 this was changed and supplemented. The transition to the multi-party system was thus possible, and a provision on the president’s term of office to two terms was repealed. In order for Mr. Museveni to run again in the next elections in 2021, a constitutional amendment was necessary, the age limit of 75 years for the office of president was lifted. However, this did not take place peacefully; even at the hearing in parliament, there were fights among the parliamentarians. Finally, the court upheld the lifting of the age limit as legal, but not the extension of the parliamentarians’ term of office from five to seven years.

The composition of the parliament was laid down in the 1995 constitution. The current tenth parliament was elected in February 2016 for the period May 2016 to 2021. Of the 426 seats, 289 were directly elected in the constituencies. According to the constitution, an additional woman is elected to parliament in each district. In the last election, there were 112 women parliamentarians and a further eight who were re-elected after the implementation of the new districts, which were elected by both women and men.

In the mid-1990’s Uganda was divided into four regions and 38 districts, now the regions still exist, but are hardly any longer significant. The number of districts is growing, at the end of 2018 there were already 127. Development partners, the media and even Ugandan politicians criticize this as a waste of money.

The decentralization is one of the main pillars of the Movement government. During the Bush War at the beginning of the 80’s, Museveni organized the areas in western Uganda occupied by his guerrilla group into so-called “Resistance Councils”, which were later renamed Local Councils. Until 2005 the activity of political parties was in favor of this movement – (quasi one-party) system limited. The movement system could be criticized as undemocratic in the traditional sense. There are, however, elections which, down to the lowest administrative level, allow citizens to participate in the formation of political will. The aim is to lead the citizen increasingly to political rights and duties, e.g. B. also through the decentralization of administration at the regional level. In a historically, ethnically or religiously very heterogeneous society, such a system may be more suitable to avoid a conflict-prone fragmentation of society.

This so-called local government is arranged in five levels:

Whether decentralization will bring more peace or conflict is a matter of debate. Likewise, it cannot be taken for granted that the population should fully participate in the implementation; after all, the people and their living environment, their expectations and perspectives are not homogeneous. A study examined the decentralization process in the Kibaale district.

According to computerannals, Uganda’s economic and democratic transformation process has been shaped by contradicting developments. The positive opening of the democratic space is offset by setbacks, partly caused by the government’s authoritarian leadership style.

The independence of the judiciary in Uganda is largely observed. However, it is precisely the people in poor and rural regions that have no or only insufficient access to the organs of the state administration of justice. Excessive pre-trial detention periods and insufficient infrastructure in the courts, police and prisons are the order of the day. Procedures take a long time and are not transparent. Prisons are quite crowded with an occupancy rate of 293%. 700 prisoners are currently living in the central prison in Lira, which is designed for 250 inmates. They sleep in shifts and some have been waiting for their trial for three to four years. The death penalty is still imposed, albeit rarely carried out on civilians. Furthermore, traditional institutions and customary law practice have some influence, even if this is not officially recognized by the government. For example, it is widely believed that before his brutal Bush War began, Joseph Kony obtained the blessings of the elders to overthrow the Museveni government.

The police are understaffed and poorly paid. In addition, there are often unreasonable living conditions for the police officers and their families, not to mention a lack of work equipment. No wonder that this professional group is one of the most corrupt in the country. 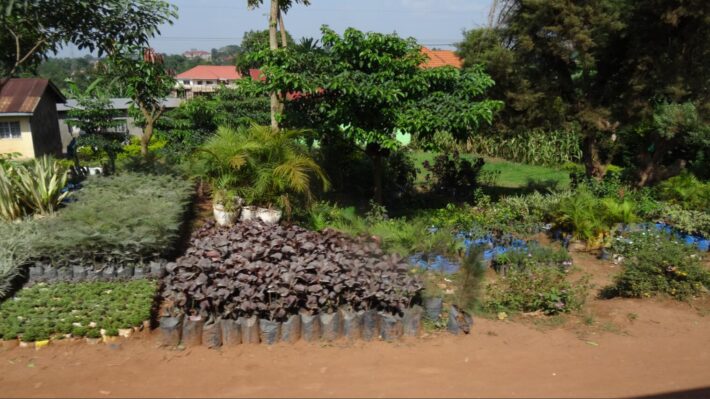