In 1888 the Imperial British East Africa Company took over the area as “Uganda Protective”. Five years later it became a British protectorate, i.e. a protected area, which was nothing more than the disguised description of an annexation. The British found four functioning kingdoms and massively intervened in the existing regional power structure, which at that time was characterized by Bugandi hegemonic aspirations.

Uganda, located in the heart of Africa, had remained unnoticed by the outside world for a long time in its history. This changed after the first explorers to search for the sources of the Nile in the Kingdom of Buganda.

According to commit4fitness, Uganda belongs to the region of East Africa, which is also known as the “cradle of mankind”. A new hypothesis says that the formation of the Ruwenzori Mountains led to the development of humans. A research team from the University of Mainz will try to obtain further information about the history of mankind by examining rocks.

Archaeological finds suggest that people lived in Uganda and East Africa as early as 150,000 years ago. Dense rainforests stretched across large parts of Uganda, and the region was populated by the small Bushmen (pygmies) who made their living as hunters and gatherers. Bantu peoples immigrated from the west from around 500 AD. Only around 1400 AD did several Luo tribes come from the north, the ancestors of the Lango, Alur and Acholi ethnic groups.

The first known kingdom, Kitara, came into being on 10/11. Century. The kingdom of Bunyoro, located on Lake Albert and founded by Nilotic shepherds, emerged in the 15th century. From the 17th century, Buganda, located on the north-west bank of Lake Victoria, gained influence. The kings (kabaka) strengthened their power through raids and trade in ivory and slaves with Arab traders. The north, populated by Nilots, was still underdeveloped at that time and was divided into small tribal districts that were subject to frequent migration. The King of Buganda hosted the first explorers, followed by missionaries and later the occupiers of the British Protectorate.

First, the Kingdom of Buganda came under British influence. In 1896 the entire area of what is now Uganda became a British protectorate. As part of the so-called indirect rule, many chiefs from Buganda were preferred and often deployed in non-Bugandan areas. Many of the country’s current problems still stem from this measure. The country’s development, especially in the areas of health and education, was largely confined to the south of the country, while the north was neglected. The British began planning the railway line as early as 1890 from Mombasa to Kisumu, then in Uganda, now in Kenya. In this way, not only goods but also troops could be transported from Lake Victoria to the coast in just 48 hours. The construction of the railway not only cost a lot of money, it also cost many lives.

At the end of the colonial era, three parties emerged, the Democratic Party (DP), Uganda Peoples Congress (UPC) and the Kabaka Yekka (KY) party. As a result, no unified national movement was formed as an opponent to colonial power, as was the case in other African states.

On October 9, 1962, the then King (Kabaka) of Buganda, Sir Edward Mutesa, became President of the independent federal republic of Uganda, and Milton Obote became Prime Minister. His party, the UPC (Uganda Peoples Congress), entered into a coalition with the KY (Kabaka Yekka) party in the May 1962 election, led by Obote. Buganda was given federal status, the other four traditional kingdoms semi-federal status, and ten provinces (east and north) were ruled by central government governors.

As early as 1966, Uganda’s president was driven out by Milton Obote, who subsequently appointed himself head of government. Buganda lost its special status, the kingdoms were dissolved and the royalists fled into exile. Under Milton Obote part of the economy was nationalized. Both of these resulted in bloody protests and massacres. Despite his attempt to create national unity, Obote became increasingly unpopular, especially in the south.

Idi Amin, who was the last commander of the army under Obote, took advantage of Obote’s absence in April 1971 for a coup. So he avoided his own deposition by Obote. The new President Idi Amin was cheered by most of Uganda’s residents. But that mood changed quickly. The mass murder, for which Amin’s regime would later become notorious, began immediately after the coup. The first murders were committed in the army, later on everyone who was critical of Amin: politicians and church officials, intellectuals. A total of around 250,000-300,000 people died violently during Amin’s eight-year rule. Many who felt threatened (especially the country’s intelligentsia) fled abroad. Approx. 60,000 Asians were expelled from the country as early as 1972, which in turn led to economic stagnation.

In June 1976, Idi Amin supported German and Palestinian terrorists and allowed an Air France plane they hijacked to land in Entebbe. The release of the hostages by Israeli elite soldiers became known as Operation Entebbe.

Ugandan rebels (including the current head of state Yoweri Museveni), led by Tanzanian troops, liberated Uganda from Amin’s reign of terror in April 1979.

The former Ugandan dictator died in exile in Saudi Arabia in August 2003. The Ugandan government ruled out a state funeral for Amin, who is notorious as the “butcher of Africa”.

The Amin regime was followed by several short transitional governments under Yusuf Lule, Godfrey Binaisa and, most recently, the Muwanga / Ojok military commission.

Elections took place in September 1980, which from today’s perspective can by no means be described as free and fair. Here was Milton Obote emerged victorious. Milton Obote’s despotism exceeded Idi Amin’s time in its brutality and readiness for violence. People from Buganda in particular were tortured to the worst and often murdered. Approximately one million people were killed between 1981 and 1985, many as a result of fighting between Obotes UNLA and various other military groups. Probably the most stubborn opponent of Obote was Yoweri Museveni, who in 1980 with 26 young men waged a guerrilla war in the southwest of the country with the National Resistance Army he founded(NRA) began. For a long time the skulls and bones of the dead lay in the so-called Luwerodreieck, where Obotes UNLA had ravaged the worst. The Milton Obote regime was ended on July 27, 1985 by a coup d’état by his own military chief, Tito Okello.

Like Amin, Milton Obote died in exile. Until his death on October 10, 2005 he was chairman of the UPC party he founded. 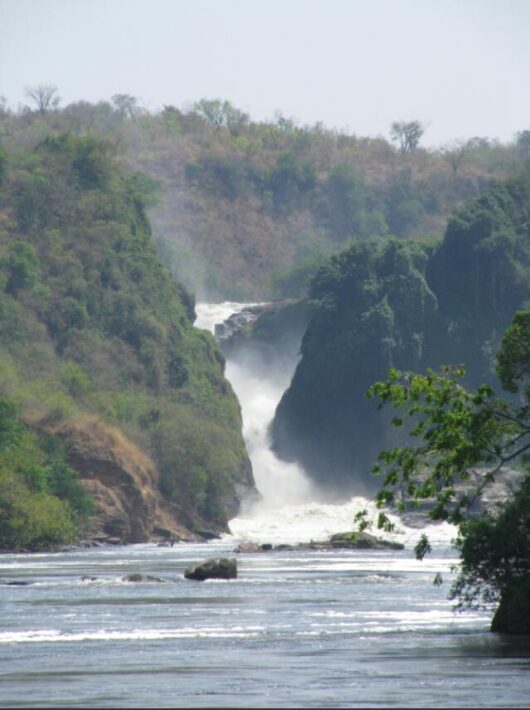