Winston Churchill once called Uganda the “Pearl of Africa”. Thanks to its varied and green landscape, this expression is still valid today. The country has seen many ups and downs in the last century. Today most crises have been overcome and people are striving to escape the ubiquitous poverty.

The East African landlocked country Uganda, with its national territory of 241038 km², is roughly the size of the old federal states. According to a2zgov, Uganda shares borders with Kenya, Tanzania, Rwanda, the Dem. Rep. Congo and South Sudan. The landscape is characterized by a high basin with an average altitude of 1000 to 1300 m.

Uganda’s President Yoweri Kaguta Museveni has been in government since 1986. In 2005 the multiparty system was introduced. A war that lasted more than 20 years in the north of the country was finally ended. The repatriation of internally displaced persons has largely been completed, but poverty is still rampant in the region. In February 2016, Museveni was re-elected President.

For years, Uganda recorded economic growth of around 6 to 7%. The previous dependency on coffee as an export good has largely been resolved through diversification. In recent years, unfavorable weather conditions, inflation and the persistent power shortage have hit Uganda’s economy and slowed growth.

Around 40 different ethnic groups live in Uganda. English is the common language, and Kiswahili since 2005, but this language is not yet widely used. According to the constitution, women have the same rights as men. However, women are still largely disadvantaged in everyday life. The most widespread religion is Christianity with around 85%.

Life in Kampala and in the country is very different. Kampala offers many supermarkets, hotels, restaurants with international cuisine. But now things for daily use are also available in rural areas. The traffic routes are gradually being expanded.

When Uganda gained independence on October 9, 1962, the national flag was introduced in the colors black, yellow and red. The black color represents the people, yellow the sun and savannah and red the brotherhood. The colors were based on the flag of the Uganda People’s Congress, founded in 1960, which emerged from the 1962 elections as the strongest party. The flag design comes from the then Justice Minister Grace Ibingira. In the middle of the flag is a crowned crane, a peaceful bird with one foot forward, it stands for a peaceful country that continues to develop. The colors of the Ugandan flag are represented in the crowned crane.

The national coat of arms

The national identity is represented in the national coat of arms: shield and spears stand for military readiness; Sun and water for the origin of all life (the Nile – Uganda is home to Lake Victoria, one of the many sources of the Nile for the longest river in the world); the crane as a national bird, as well as the springbok for wildlife; a drum for tradition; the vegetation for the agricultural potential. The slogan “For God And My Country” was certainly strongly influenced by the missionaries and the English colonial rulers.

The Ugandan national anthem was written and composed by George Wilberforce Kakomoa for the country’s independence in 1962. It describes the beauty and the country and promotes friendship and peace.

The Ugandan currency is called the Uganda Shilling. The euro is just as popular in the forex bureaus and banks as the USD. The exchange rates have long been relatively stable, was marked by the year 2011 from strong fluctuations. Since then, many prices have been set in dollars, but mostly payable in Ugandan shillings. For the first time, the exchange rate rose to just over 4000 UGX in September 2015 and continued to rise thereafter. The year 2019 was characterized by falling exchange rates, but in December 2020 you will get around 4,400 UGX for one euro.

The Ugandan banks have made a lot of progress in recent years, both in Kampala and in most of the larger cities, money can be withdrawn from ATMs with credit cards and sometimes also with EC cards. The payment is made in Uganda Shilling. However, it is possible to set up a euro or dollar account in a bank in order to transfer money to it. 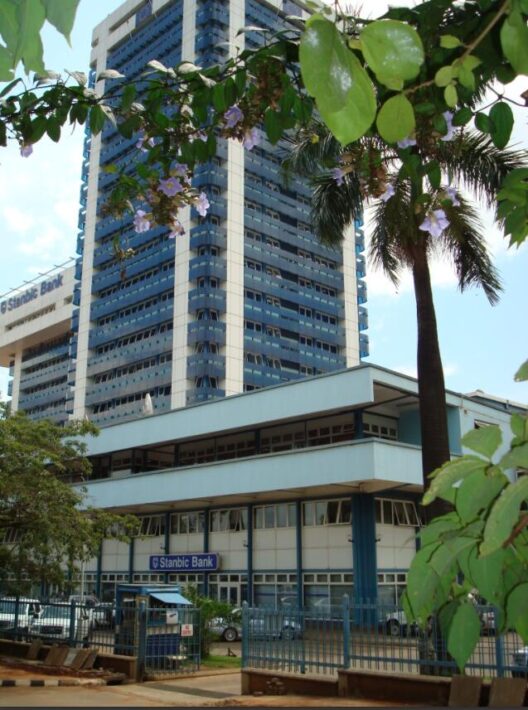