Uganda has a broad and diverse media landscape. You can find a large selection of daily updated articles from the most important Ugandan press organs at allAfrica.com. The EastAfrican and South African newspapers are also represented. In addition to the government-dependent daily New Vision, the independent daily Monitor and The Weekly Observer are also present on the Internet. The Red Pepper newspaper is currently gaining popularity; it offers a lot of pictures and rather explosive topics. The community of gays and lesbians, bisexuals and transgender (LGBT) tries its hand at the alternative multimedia platform Kuchu Times to be heard. In February 2015, the lesbian and gay magazine Bombastic came out. Not easy in a country where 90% of people believe homosexuality is morally disreputable and those affected are persecuted.

The radio is very popular and at the same time the most important source of information for the population in Uganda. Please visit the website of Radio Mama FM. But television is also becoming increasingly popular, especially in urban areas. The station NTV offers a lot of news but also a lot of articles on current topics online, it’s worth taking a look! Rap-style messages are especially popular with young people right now. Young musicians rap the daily events in the program NewzBeat. Internet and Ugandan newspapers and media, including Afrol, provide comprehensive information. The New Humanitarian, which was founded by the UN in 1995 after the genocide in Rwanda, offers quality and independent journalism on the crises.

The media play a major role in the fight against corruption. More and more offenses are made public. Furthermore, project plans are reported in advance so that the population can prevent or reduce corruption. However, the media themselves are susceptible to corruption and their reporting can be manipulated.

Freedom of the press

According to mathgeneral, Uganda has enjoyed a relatively free press, some of which is critical of the government, since Museveni came to power. There is a lively political discussion in a diverse independent media scene with over two dozen newspapers and around 200 radio and television stations. Nevertheless, there are increasing restrictions, such as the arrest of journalists, radio stations being closed or websites being blocked. Even after the elections, journalists who reported on the demonstrations sponsored by the opposition were classified as enemies by the government, some were verbally attacked or even injured. During Museveni’s swearing-in for his fifth official term in office, social media such as WhatsApp, Twitter and Facebook were switched off for the second time within three months. However, at least 15% of Ugandans managed to circumvent this using anonymization programs (e.g. VPN). In the ranking of press freedom from Reporters Without Borders from 2020, a deterioration of eight points to rank 125 out of 180 can be noted.

The country in an international context

In Uganda’s foreign policy, domestic policy is reflected in the international arena. The three most important areas of Ugandan foreign policy are coordinated by the Foreign Ministry

Uganda is also based on the USA. Above all, Uganda’s successes in the fight against AIDS are recognized by the USA.

Furthermore, due to its colonial past, Great Britain still plays an important role. Other European countries also enjoy good esteem and are involved in providing assistance.

A growing influence is coming from China, especially in the economic field.

Uganda’s relations with Germany are relevant and constructive. At the beginning of 2008, the then Federal President Köhler visited the country. The motto of the trip was “African Paths to Peace and Reconciliation”. In November 2015, the then Foreign Minister Steinmeier visited Uganda. He praised Uganda’s commitment to stability and peace in East Africa, especially the deployment of 5,000 soldiers in Somalia and the efforts to find a solution to the conflict in Burundi. Germany continues to see Uganda as a strong partner and is still interested in deeper political, economic and cultural cooperation, said Steinmeier. However, he also called for a stronger fight against corruption.

In July 2010, Guido Westerwelle visited the summit meeting of the African Union in Kampala and was the first German foreign minister to address the assembled African colleagues. He praised Africa as a “continent of opportunities” which should be used together. Both the business location and the AU’s ability to cope with increasingly international problems independently were meant. 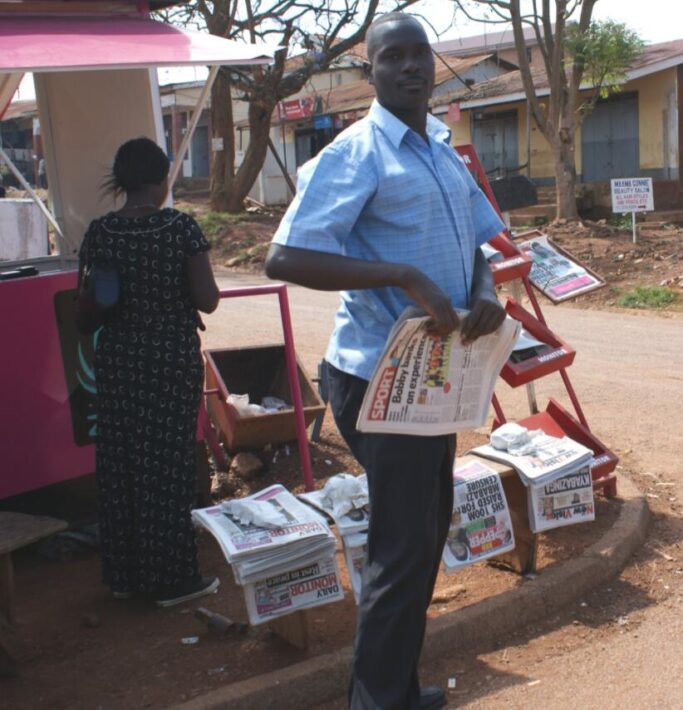