In July 2000, regional cooperation and integration efforts in East Africa started again. The EAC contract creates comprehensive rules for structuring the cooperation. Rwanda and Burundi became new members of the EAC on July 1, 2007.

A single market with almost 135 million residents is currently emerging on an area the size of Western Europe. At the beginning of 2004 the heads of state of Tanzania, Kenya and Uganda signed the protocol to further develop the East African Community (EAC) into a customs union. This came into force in January 2005 and was fully implemented in early 2010 after a transition period.

Since mid-2010 the five member states of the East African Community have had a common market. This should enable an exchange of goods, services, labor and capital in the future. Freedom of establishment is planned for workers and companies. New roads and railways should make trade easier. Implementation should take two to five years.

The implementation of the monetary union for all five EAC countries should take place within the next ten years. The plan for the rapid implementation of a federal union of states was reset once. So far there has been no majority among the affected population of the three original EAC states. On behalf of the Federal Government, GIZ supports the integration efforts of these states.

According to extrareference, Uganda is a member of various multilateral forums and organizations, including the African Union and Nepad. The African Union (AU) emerged from the Organization of African Unity (OAU) and was founded on July 9, 2002 in Durban (South Africa). The OAU had seen the dissolution of colonial structures as a priority in the four decades of its existence. In July 2001 the heads of state and government of the “Organization for African Unity” launched the “New Partnership for Africa’s Development” NEPAD initiative. In this way, the African states commit themselves to democracy, human rights, good governance and stable economic policy.

The negative trade balance that has existed for several years has continued in recent years. Expenditures for imports fell in 2015 and 2016, despite an increase in exports, no growth in income could be achieved. The main export good in 2019 was coffee with 22.8%, followed by gold with 9.4%. The fish industry recovered somewhat, the export figures rose from 2.4% in 2018 to 6.04% in 2019. Other export goods were tobacco with 4.56%, tea, cocoa, cement, plants, sugar, etc. The imports say refined Oil in first place with 16.5%, followed by drugs (4.16%), palm oil, cars, trucks, etc. Also the import of used clothes represents a considerable share of imports with 1.05%. However, the East African Economic Community would like to phase out these imports, at the moment they are subject to higher taxes, later a ban will follow.

The Ministry of Trade, Industry and Cooperatives offers a great deal of information on this subject.

According to the Federal Foreign Office, Germany is one of Uganda’s most important trading partners within the EU (trade volume in 2017: 210 million euros). Germany mainly purchases coffee, fish and other agricultural products. Uganda mainly imports machines and chemical products from Germany. Uganda achieved a slight surplus in trade with Germany.

Asia, especially China and to some extent India, is currently gaining in importance as a trading partner. Since 2006, Chinese imports, especially shoes, textiles, motorcycles, electrical appliances and medicines, have more than doubled and now amount to 41.8% of total imports. Uganda would also like to intensify its exports to China, agricultural products are popular in the People’s Republic and Ugandan oil will soon also be available.

Tropical timber is a critical export item. But this comes mainly from the Dem. Rep. Congo. The market is growing, especially in Uganda itself and in neighboring countries.

The Americans praise their AGOA (African Growth and Opportunity Act) trade initiative, which grants duty-free access to the American market for around 6000 products from Africa, as exemplary. The initiative fits the picture of an America acting unilaterally, which opposes multilateral approaches – in this case the World Trade Organization – its own agreements, the rules of which it can determine itself. Uganda was one of the first African countries to join AGOA, with high hopes that are more and more disappointed. 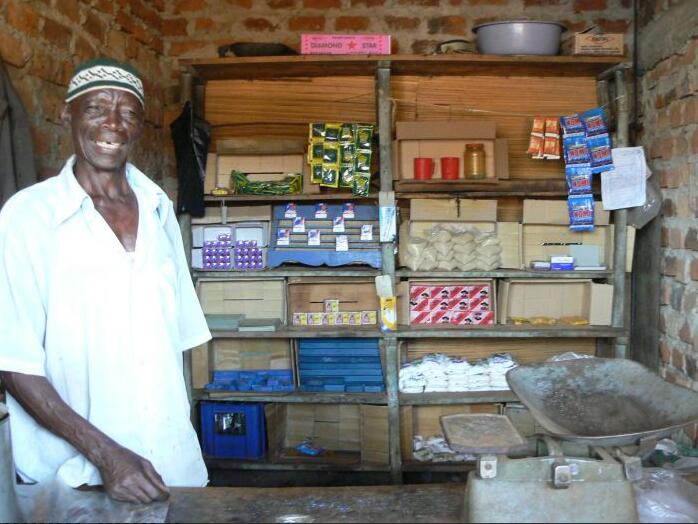