The current population of 43.25 million lives mainly in rural regions, even if urbanization continues to increase; for the first time it is estimated at 25% for 2020. Uganda’s population is currently growing by 3.34% annually and ranks 6th in the world after Syria, Angola, Malawi, Burundi and Chad. The highest population density can be found in the east and south-west of the country. Karamoja, with its arid climate, is the most sparsely populated.

Data and databases on the population of Uganda can be found at the World Bank or the Uganda Bureau of Statistics.

According to franciscogardening, Uganda’s population is young, the average age is only 15.7 years. On average, women bear 5.5 children. Only Niger, Angola, Burundi, Chad, Mali and Somalia top Uganda. Thirty-three babies out of 1,000 die before they are one year old. Around ten percent of children under five are underweight. The early marriage of underage girls is problematic: 40% are married before their 18th birthday and 10% before their 15th birthday. Uganda has exemplary laws to protect children, but implementation is often poor. NGOs such as the Uganda Child Rights NGO Network provide good help here.

The number of elderly people over 65 years of age in Uganda is extremely low at just under two percent of the population; in Germany this age group is over 22%. 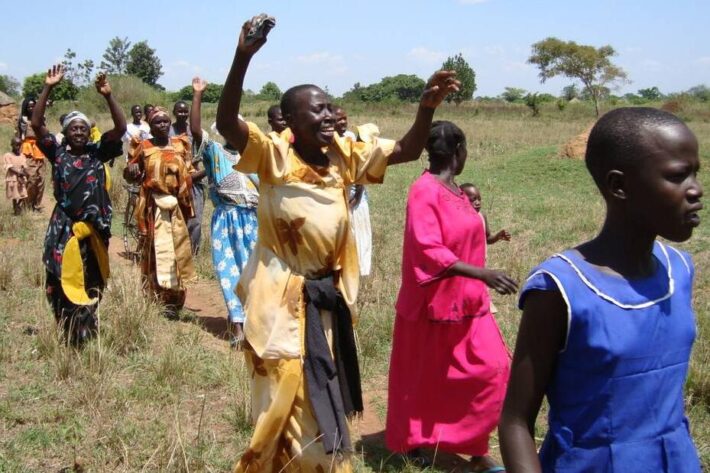 Like most African countries, Uganda is a multi-ethnic state. The population is ethnically, culturally, linguistically and religiously heterogeneous and complex. About 40 nationalities (ethnic groups) live in the country, which due to their culture and language form two main blocks: the Bantu people in the south and the Niloten and Nilohamites in the north.

In terms of numbers, the Bantu are the larger ethnic group. The Baganda make up the largest ethnic group in Uganda with 17%. The importance of the Kingdom of Buganda can still be felt today and has fatefully determined the history of Uganda. Before foreign explorers, conquerors and finally the English set foot on the soil of what is now Uganda, Bunyoro-Kitara was the most important kingdom in western Uganda.

A stark contrast to the relatively well-developed regions of the south can be found in Karamoja, in the north-east of the country. Here is apparently the poorest, driest and most underdeveloped region of Uganda. This part of the country is semi-arid, the landscape is characterized by savannah grassland and the climate is drier, hotter, more stormy and thus more difficult to inhabit than the rest of the country. The Karimajong are Nilots and live together as semi-nomads in a complicated clan system.

Livestock farming is existential and – for many non-Karimajong hardly understandable – apart from its economic value, it occupies an essential place in cultural and religious life. Especially during the dry season, the men with their herds often travel many kilometers a day in search of pastureland and live in temporary camps. Women, on the other hand, stay with the children and old people in the villages. But even the houses in the villages can be relocated to more fertile areas at any time due to the simple construction. Mobility is an essential part of the Karimajong way of life.

Communication in Uganda is very diverse. Over 40 languages are spoken in the country. The official language is English, and Swahili since 2005. This is primarily intended to promote East African integration and communication in the East African Community (EAC). So far, the spread of Swahili has been limited to the border regions and was considered the language of trade and especially of the military, especially notorious since the Amin regime. But today the most widespread lingua franca in East Africa is used by more and more people and is on the school curriculum, even if there is still a lack of competent teachers.

In the southern part of Uganda, Luganda is very widespread. Since 2007, the first three years of primary school have been taught in the local language of the region, and English is also offered as a subject. This offers many children, especially in rural areas, the advantage of understanding the subject matter. However, some parents fear that their children are at a disadvantage compared to the city children, who are often taught English straight away. In regions with ethnic diversity, some children have the misfortune of being taught in a local language that is unfamiliar to them, with devastating consequences for their future schooling.