About 75.6% of Uganda’s population live in rural areas, most of the people are involved in agriculture. But the rapid population growth and with it the need for land, education and jobs, living space and a better standard of living such as running water or electricity are causing more and more people to move to the cities. Not only are the big cities growing, but increasingly dense settlements are also emerging along the roads and at intersections. However, the necessary infrastructure, such as water and sanitation, electricity, roads and sanitation, are largely inadequate. By far the largest city in Uganda is Kampala with a population of around 1.7 million, however, the number of people is estimated at over two million. This means that five percent of the country’s population is concentrated in the capital region. Currently, the city extends on 24 hills surrounded by wetlands. Unplanned settlements, often slums, with predominantly poor populations are growing on the outskirts of Kampala. The government has tried to build adequate housing for the people living there, but this has tended to lead to a shift in the slum settlements led to even worse settlement areas – the new apartments are gladly used by a somewhat better-off segment of the population. Another aspect that encourages urban sprawl in Kampala is the settlement structure; the mostly single-storey houses consume a lot of land that is missing elsewhere. Despite the unsanitary conditions, the bad waste management, the ubiquitous poverty and generally unhealthy living situation, the slums are characterized by great busyness.

For a long time Jinja was considered the second largest city in Uganda (99,500 residents). Due to unrest and refugee flows in the north, however, Gulu (190,000 residents), followed by Lira (160,000 residents), tops the list of the most populous cities in Uganda. 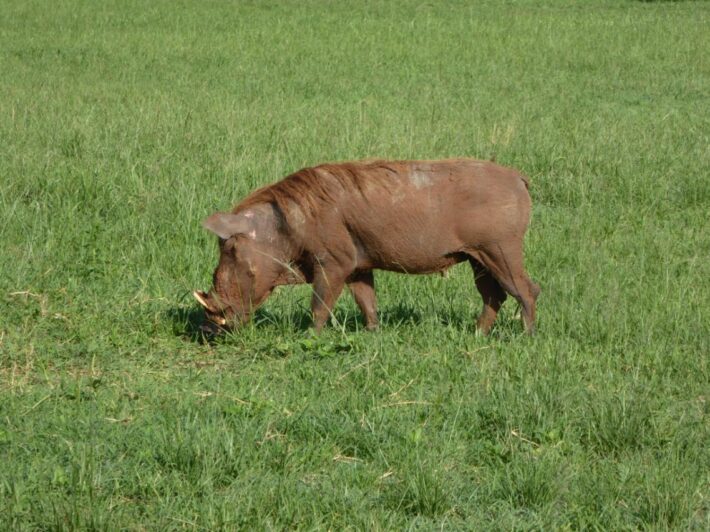 The existing main connection routes are now in relatively good condition, but there is often a lack of repairs. In rural areas in particular, there is a lack of easily accessible traffic routes. The Ugandan government is currently planning a long-term expansion program with international help, with China being one of the major donors. After more than 6 years of construction, the long-awaited Entebbe Express Highway was finally inaugurated in mid-2018, but the country’s first toll system is not yet ready for use. In addition, the number of accidents with pedestrians trying to cross the street is increasing, and Entebbe’s politicians are calling for safe crossings.

The first bridge over the Nile was built in Jinja in 1926, at that time for the railroad. But all traffic coming from the coast of Kenya to Kampala or to the west of the country, to Rwanda or the Congo, has to cross the Nile, most of the traffic used the Nalubaale Bridge in Jinja, built in 1954. The second option is the Karuma Bridge, about 285 km down the Nile in the north. At the end of 2018, the modern four-lane bridge over the Nile was completed. The $ 125 million structure was largely financed by a loan from the Japanese government.

Very few people in Uganda have their own vehicle. You are dependent on local public transport. Buses and minibuses, the so-called matatus, go to almost all destinations in the country. This is a challenge in Kampala, where traffic jams paralyze traffic for hours every day. One way out is the so-called Bodas, the motorcycle taxes, but not without the risk of accidents. The so-called Safe Bodas are an alternative. Your drivers are registered, have completed a first aid course and helmets are compulsory for both driver and passenger. In rural areas, bicycle taxes also offer an option for local public transport.

The railway, once built in colonial times, connected the Kenyan coastal city of Mombasa, but also Nairobi, Eldoret and Kisumu with east, west and north-west Uganda. the line is getting on in years and has hardly been in operation for many years.

The contracts for the joint expansion of the Ugandan and Kenyan route network were signed back in 2013, and there was talk of a connection to South Sudan, Burundi and Kisangani in the DRC. The Mombasa – Nairobi section has been in operation since May 2017. Since then, the construction of the railway has stalled. It is still unclear whether the last Kenyan section to the Ugandan border will ever be financed. Uganda is still hoping to join Kenya, but has started to rehabilitate the old route network in the medium term. So far, few trains have run between Kampala via Jinja to the Kenyan border. Around 1,500 passengers use the in 2015 train from the train station in Kampala to Namanve in the east of the city.

After a break of more than 10 years, cargo ships have been sailing on Lake Victoria again since 2018. The route runs from Mwanza in Tanzania to Port Bell in Uganda.

Uganda has an international airport in Entebbe, not far from the capital Kampala. In connection with the planned construction of an oil refinery in Hoima, in the west of the country, another international airport is under construction, and completion is expected in 2021. Another 45 airfields and runways are available for air traffic. The Flight School for East Africa is located in Soroti, Eastern Uganda. Uganda has its own airline again. After a break of 20 years, the airline founded by Idi Amin in 1977 was put back into operation in August 2019. So far, destinations are in East Africa such as Bujumbura, Juba, Mombasa, Nairobi, Kilimanjaro Airport, Dar-es-Salaam and Mogadishu, later long-haul aircraft are to be added.