The war in northern Uganda is over

In February 2008 there was finally a turning point in the 22-year conflict in northern Uganda. A first peace document has been signed which includes a permanent ceasefire agreement. At the beginning of April 2008, the peace treaty between Joseph Kony and President Museveni was supposed to be signed in South Sudan. More than 200 representatives from organizations, journalists and diplomats were gathered to attend the important ceremony. But the rebel leader did not come. “There are still details to be clarified,” was the reason. Nevertheless, the situation in northern Uganda changed completely afterwards. Since then there have been no more kidnappings or assaults. The people have left the camps, most of them have returned to their villages. But the rebels continued to terrorize villagers, but now in the triangle of the Congo, Central African Republic and South Sudan.

At the end of 2008, Congolese and Ugandan commandos jointly launched Operation Lightning Thunder against the LRA. The Senate in Washington also took on the conflict and sent 100 military instructors. In 2012 the African Union supported the fight against the LRA in cooperation with the UN with the African Union Regional Task Force (AU-RTF) under Ugandan leadership; unfortunately with little success. The USA tried with other military advisors and special aircraft of the type Osprey, which can take off and land like a helicopter and are therefore ideal for the inaccessible area in the primeval forests of Central Africa, to confront the allegedly weakened Kony and his entourage. In mid-2017, Uganda and the USA reached an agreement – Search for Kony to discontinue. According to the US, the LRA was no longer in great danger, the rebel groups in the region had no connection with Joseph Kony and the US now had other priorities. 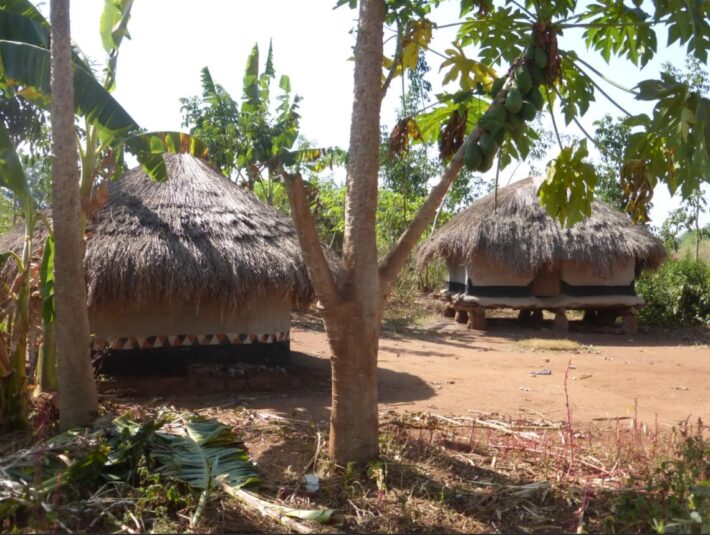 The rebels of the Lord Resistance Army (LRA) under their leader Joseph Kony raided villages and kidnapped mainly children between the ages of 9 and 16. In the years prior to 2008, an average of around 500 children per month were abducted, forced to fight for the LRA and subjected to sexual violence, physical and psychological torment.

According to ehealthfacts, peace efforts under the direction of Vice President of the Autonomous Region of South Sudan Riek Machar began in mid-2006 in Juba in southern Sudan, subject to a ceasefire. However, due to mutual allegations, the talks increasingly fizzled out. Both sides failed to meet the requirements. Apparently, the biggest obstacle to reaching a peace treaty was the International Criminal Court’s conviction of rebel leader Joseph Kony and three other LRA leaders. There is now movement on this point too. Rebels with serious allegations are to be tried by Uganda’s High Court, others by traditional courts, so-called Mato Oput.

Refugees in their own country

During the worst times in northern Uganda, up to two million people, especially the Acholi ethnic group, were housed in refugee camps in their own country. However, the situation in the camps was anything but good. Most of the deaths were caused by the poor conditions in the camp, not the LRA. In 2009 the camps were officially closed. Most of the refugees were able to return to their homeland. But life in the villages is not easy: a lack of infrastructure, hardly any schools and inadequate health care, not to mention a lack of houses and the laborious process of obtaining food. Some know their country not at all or find nothing there, in the worst case the land is owned by someone else. The cities in northern Uganda have grown massively, many of the former villagers are now traumatized after the war, others have no energy to return to their village or simply do not know where to go or what to live on in the village. They now live in the cities, often in slums in the suburbs. Nevertheless, a slow normalization and relaxation of the situation can be observed.

Grown men used to go to war, women and children stayed at home. This has changed in the last few decades. Children were recruited during the Bush War of Museveni’s NRA and his guerrillas – often orphans, of course, whose parents had perished. The author “China Keitetsi” describes in her book They took my mother and gave me a rifle as she was kidnapped by the followers of Museveni when she was eight years old and forced into the ranks of the rebels. The Ugandan government, however, presents the book as fictitious.

In the conflict of the Lord Resistance Army in northern Uganda, it is estimated that over 20,000 children between the ages of 10 and 15 were abducted and forced into fighting. Younger children were also kidnapped and forced to carry the loads. Few of the children were able to flee. The war is over, but many former child soldiers are suffering from the consequences of the war. Okot is one of them, after several suicide attempts he finds support with the psychologist and finally in the church, today he is a psychologist himself and helps others. The filmmakers Ali Samadi Ahadi and Oliver Stoltz documented the difficult reintegration of child soldiers into the community in their film Lost Children.

The Karamoja region in northeast Uganda was considered the last major trouble spot in the country until a few years ago. But the security situation has improved immensely.

The Karimajong have always carried out cattle raids, earlier with bows and arrows, later with rifles. But the automatic weapons led to an expansion of the violence. Not only were cows stolen, the raids extended to raids in neighboring regions, on families, and finally on the streets. For years the government tried to disarm the Karimajong. However, the use of the military only led to new violence. Then there is the inhospitable location. Especially in the dry season, the Karimajong hardly have enough to survive. The World Food Program has been supplying food for 40 years, and now sustainable farming methods are to be supported.

In order to interrupt the spiral of violence, GIZ is involved in the civil peace service in Teso and Karamoja. The aim is to promote efforts to harmonize relations between the conflicting parties. Land conflicts are now more and more in the foreground.

The causes for the outbreak of the so-called First African World War (1994) are complex. Years of instability in the former Zaire (now Dem. Rep. Of Congo) under Mobutu led to more and more chaos, which in turn provided the ideal refuge for rebels in neighboring countries, as well as for the so-called. ADF (Allied Democratic Force) of Uganda, the terror in western Uganda widespread and their rebels hid in Congo’s mountains and forests. To this day, the terror group perpetrates acts of violence in eastern Congo almost every day.

The genocide in Rwanda triggered a wave of refugees to neighboring countries, which in turn created an inestimable source of danger for the surrounding region. Uganda and Rwanda may still have had a good reason to invade the Congo, but the subsequent exploitation of Congolese mineral resources was certainly no longer legitimate. In 1998 the second phase of the dispute occurred. The former supporters of Kabila, especially Uganda and Rwanda, allied themselves with Congolese rebels and turned against him, Kabila in turn received support from Angola, Zimbabwe and Namibia. In July / August 1999 the parties to the conflict signed the so-called Lusaka Agreement. All the states involved in the conflict, including Uganda, then officially withdrew their troops.

The genocide and its aftermath may have been a long time ago. But unrest persists to this day, especially in the east of the Congo. This means a tense situation for Uganda. On the one hand, Congolese refugees keep coming to Uganda; on the other hand, there have been deaths on the Ugandan side in recent times. The oil deposits at Lake Albert play a role here.

In the West Nile region there is also a positive example of how peace could be achieved through the reintegration of the rebels with the support of the population.