Djibouti has maintained a close relationship with France since independence in 1977. Among other things, the former colonial power has its largest military base in Africa in Djibouti. France used this base during both the 1991 Gulf War and the intervention in Somalia the following year.

Relations with France were strengthened when Djibouti joined the coalition against Iraq in 1991. With the US- led fight against international terror from 2001, Djibouti, with its important strategic location, gained more importance. From June 2002, the United States has also established a military base in the country. Soldiers from Spain and Germany were also deployed in Djibouti – essentially to lead naval operations, and several countries use the country’s port for military purposes.

Due to its location in an unstable region, Djibouti has depended on good relations with neighboring countries Ethiopia, Eritrea and Somalia, and in the 1980s managed to assume a broker role between the two enemies Ethiopia and Somalia, and in the late 1990s between Ethiopia and Eritrea. In 1988, Djibouti was drawn into the conflict in northern Somalia, partly by sending supplies to the government via Djibouti. The relationship with the outbreak Republic of Somaliland was tense in the 1990s, but Djibouti acknowledged the country in 1997. 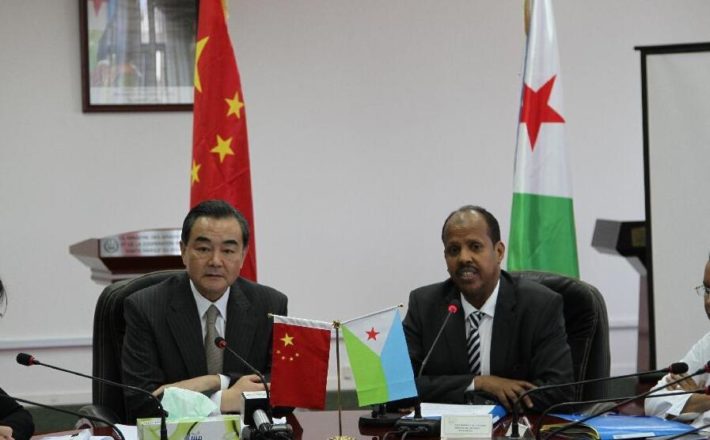 As President of the Inter-Governmental Authority on Development, the regional cooperation organization, President Guelleh presented new proposals for peace resolution in Somalia in the fall of 1999. The Somaliland Republic then accused Djibouti of interfering in its affairs, closing the border between the two countries. In May 2000, Djibouti hosted a peace conference between the parties in Somalia. Djibouti also tried to mediate between Eritrea and Ethiopia when the border war between them broke out in 1998, but the efforts did not go ahead. Eventually Djibouti took Ethiopia’s party, and Eritrea accused Djibouti of being impartial in the mediation attempt. Djibouti accused Eritrea of ​​supporting FRUD, and severed diplomatic relations with Eritrea in 1998 (restored in 2000).

As a result of the war between Ethiopia and Eritrea, Ethiopia was suspended from the Eritrean ports and only the port of Djibouti remained, further strengthening relations between Djibouti and Ethiopia. In 1998, Djibouti and Iran entered into an economic cooperation agreement, and agreements with Libya and Yemen were signed in 2000. Due to its geographical location on the conflict- ridden Horn of Africa, Djibouti has for many years been the recipient of a significant number of refugees.