Nearly half of the population is estimated to be followers of traditional African religions. These beliefs are characterized by faith and ancestral worship and are often called voodoo by the phonograph’s word for spirit, vodun. The Voodoo cult has been passed on by slaves from Benin to the Caribbean and Brazil, among others. Christianity is the country’s second largest religion.

Of the Beninis, 30 – 40 percent are estimated to be Christian. Most of these are Catholics and live mainly in the South. The number of Catholics has steadily increased, and Benin’s importance to the Catholic Church was manifested in 2011 in a visit to the country by the Pope. About a quarter of the population professes to Islam, which was introduced mainly in the north and among the Yoruba people by Arab merchants, while Christianity came with European missionaries. Many Christians and Muslims, however, have elements of animism in their practice of faith.

During the Marxist military regime in the 1970s and 1980s, religion was opposed, not least the traditional andro. Since 1990, however, religious freedom has been guaranteed in the constitution and is also respected in practice. No serious religious contradictions have arisen in Benin unlike in many of the neighboring countries.

The annual voodoo festival has just begun to attract visitors from abroad to Benin, not least African Americans from the US who want to know more about their background (many slaves on the American continent were just shipped from Benin, see Older History). 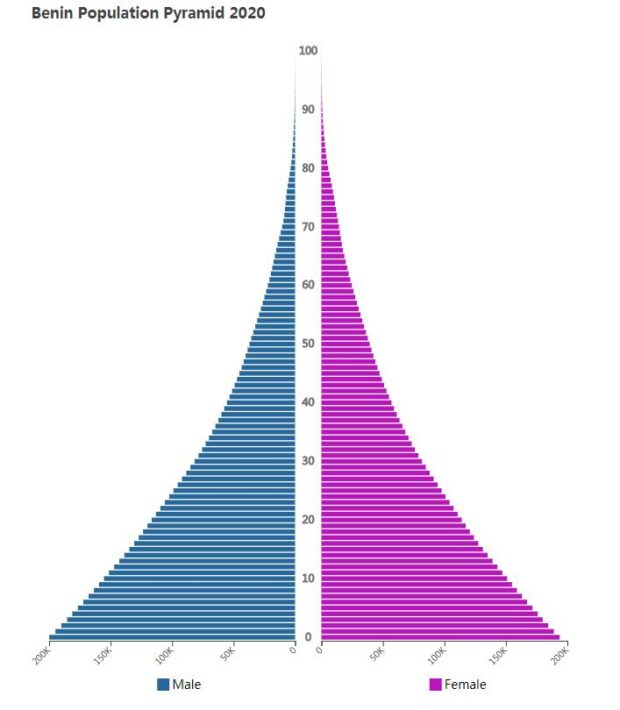 The FCBE government appoints Prime Minister Lionel Zinsou as its candidate in the February 2016 presidential election.

Former President Mathieu Kérékou dies at the age of 82. He was nicknamed the Chameleon for his ability to “change color”. He took power in a military coup in 1972 and transformed Benin into a Marxist-Leninist one-party state, but resigned in 1991 in the wave of democratization that swept across Africa after the end of the Cold War. In 1996 he became president again in a democratic election and ruled the country for another ten years.

President Yayi decides to send 800 soldiers to the regional military force that is being formed to fight the Islamist extremist movement Boko Haram.

After almost two years without a head of government, Benin gets a new prime minister. French-born banker Lionel Zinsou is appointed prime minister by President Yayi, less than a year before he has to step down. At the same time, a new post is created as Deputy Prime Minister. Three new ministers are appointed, all of whom are given responsibility for government work.

Benin and Nigeria, Niger, Cameroon and Chad agree to form a joint military force to fight the Islamist terror group Boko Haram, which originated in Nigeria but is increasingly moving across borders. Nigeria will lead the force, which however will get its base in Chad’s capital N’Djamena.

President Yayi’s party The Cauri forces for a prominent Benin (FCBE) receive 33 out of 83 seats in the parliamentary elections, which is a decline from 41 seats in the last election. The Union makes the nation receive 13 seats while Democratic renewal receives 10. According to analysts, opposition parties are so fragmented and unstructured that they pose no threat to the government, despite FCBE’s backing. The turnout is almost 66 percent according to the Election Commission.

Parliament adopts a law which establishes the freedom of the media to search sources and abolishes, among other things, imprisonment for reporting which may be considered to offend the head of state; Benin has long been considered to have a relatively good media freedom, but in recent years several reporters have been suspended or sentenced to conditional prison sentences for statements that annoyed the president.