The pyramids of Egypt are tombs built of stone to house the bodies of the pharaohs. There are 123 cataloged pyramids, however, the three best known are Cheops, Chefren and Miquerinos on the Giza peninsula. This architectural ensemble is guarded by the Sphinx, a mythological being with a lion’s body and the head of a pharaoh. 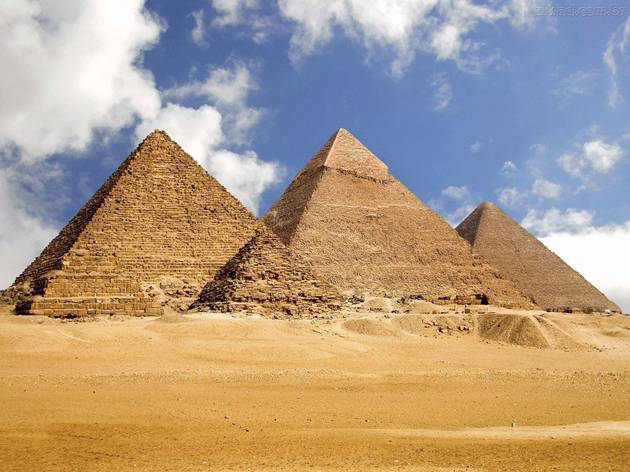 The pyramids were built at a time when a rich and powerful civilization was flourishing in Egypt.

Its construction began in the Old Empire (around 2686 to 2181 BC) and lasted until the fourth century AD, but the peak of construction is recorded between the Third and Sixth Dynasty around 2325 BC.

In this period, Egypt lived under political stability and economic prosperity. In turn, the pharaohs believed to be a kind of deity chosen to be the mediators between gods and humans.

Therefore, after physical death, the Egyptians believed that the king’s spirit, which was known as Ka , remained in the body and needed special care. Thus, their corpses were mummified.

In the process of mummification, Pharaoh’s body was carefully treated with oils and wrapped in strips so that it did not suffer from weathering. Some organs, such as the intestine and liver, were removed but placed in special urns next to the sarcophagus.

In addition, the pharaoh was buried with everything he would need after death, such as his treasures, food and even furniture. Relatives, priests, and staff were also buried with Pharaoh.

Until the beginning of the First Dynasty, 2950 BC, tombs were carved from rock or structures called “mastabas” were built. These were pyramidal in shape, but they looked like squares stacked on top of each other and were not so tall.

The first pyramid used as a model of mastaba and was made around 2630 BC by King Djoser, who belonged to the Third Dynasty.

The Egyptians chose the pyramid shape to facilitate Pharaoh’s ascension to heaven, where he would be welcomed by Ra, the most powerful deity in Egyptian mythology.

This pyramid displays six stone steps that together add up to 62 meters in height. It was the tallest tomb of the time and was surrounded by shrines and temples for sovereign Djoser to enjoy in his afterlife.

The Djoser pyramid set a standard for royal burials. Among the monarchs who lived long enough to coordinate the construction of their own tomb of the same size was Sneferu, who lived between 2631 BC and 2589 BC.

Characteristics of the Egyptian Pyramids

The pyramids are named after the pharaohs whose bodies are buried inside. Each represents the greatness of the mandate to the people and to the gods.

These buildings are part of a burial complex that was used by pharaohs and senior officials. The three most famous pyramids are Queóps, Chefren and Miquerinos.

Shall we meet them? 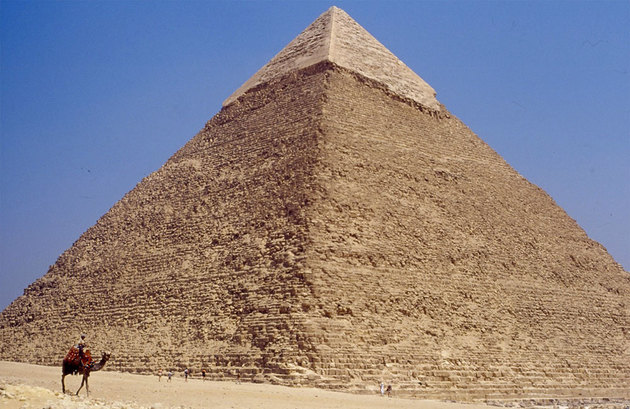 The Cheops pyramid is the largest tomb in the world with 230 meters wide at the base and its height is 174 meters.

Three small pyramids were built in alignment with the Cheops tomb and served to house the bodies of the queens. There is also a tomb with the sarcophagus of Queen Hetepheres, mother of Cheops, and other smaller pyramids and mastabas to house the king’s officials.

The Cheops pyramid consists of 2.3 million stone blocks weighing about 2.5 to 60 tons each. The construction work would have lasted 20 years and had the strength of 100,000 men.

The second largest pyramid on the Giza Peninsula was built to house the body of Pharaoh Quéfren, 143 meters high. Quefrén was the son of Pharaoh Queóps and, out of respect for his father, made his pyramid 10 meters lower.

Next to it is the Giza Sphinx, the largest in the ancient world, 200 meters long and 74 meters high. 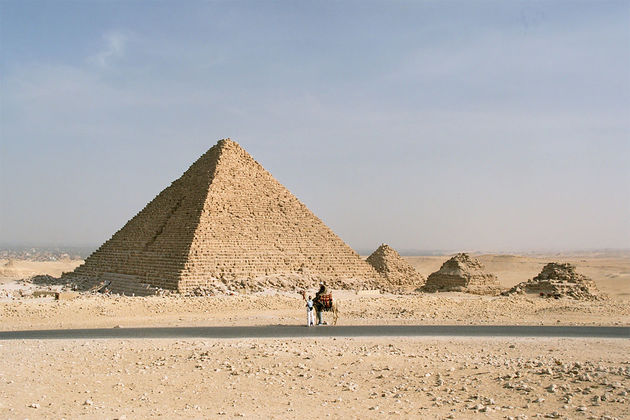 Already the smallest of this group of three pyramids was built for the body of Miquerinos, who reigned between 2532 and 2503 BC, son of Chefren and, therefore, grandson of Queops. It is 65 meters high and has a base of 105 meters.

Inside it repeats the same architecture of chambers, steep corridors, and false passages in order to evade the grave thieves.

Unfortunately, this did not do much good, as virtually all the treasures of the pyramids were plundered.

End of the Age of Pyramid Building

As the power and wealth of the kings of Egypt diminished, the pace of pyramid building fell. Throughout the fifth and sixth dynasties, buildings became smaller and smaller.

On the tomb of King Unas, who lived between 2375 and 2345 BC, it is possible to contemplate paintings relating to his reign. These are the first compositions that allow the knowledge of ancient Egypt.

The last of the great builders was Pharaoh Pepi II, second ruler of the Sixth Dynasty, who lived between 2278 and 2184 BC. After his death, Egypt collapsed and, in the 12th Dynasty alone, the building of pyramids was resumed, but without the former grandeur.

How Did the Pyramids of Egypt Build?

The construction of the pyramids is among the greatest mysteries of engineering. The Egyptians are known to perform mathematical calculations based on their religious beliefs and this eventually determined the height and width of these buildings.

The workforce consisted of both slaves and free laborers. These are everything from enslaved foreigners to Egyptian peasants working under the Nile flood regime .

Likewise, numerous artisans and painters were employed who made the objects that would be placed to serve Pharaoh in the afterlife.

To carry the limestones that made up the pyramids, there are several theories. There are even those who believe they were erected with the help of extraterrestrials.

However, at the end of 2014, Dutch scientists presented the last of the accepted hypotheses that would involve the use of water to move the stone blocks.

The theory came from observing images of a person splashing water in front of what would be a sled where a rock pulled by at least 150 workers was sitting.

The Egyptians also took advantage of the floods of the Nile River to transport the stones through its bed.

Curiosities about the Egyptian Pyramids