Animism (religious belief and ancestral worship) is widespread among the Malawians. Even those who are pronounced Christians or Muslims often have elements of animism in their faith.

More than four-fifths of Malawians profess Christianity. Nearly one-seventh of the population is considered Muslims. The latter live mainly in the southern parts of the country and along Lake Malawi.

The relationship between Christians and Muslims is generally good, but Muslims testify to discrimination in government employment. There has also been negative rhetoric against Muslims and Islam in connection with election campaigns. 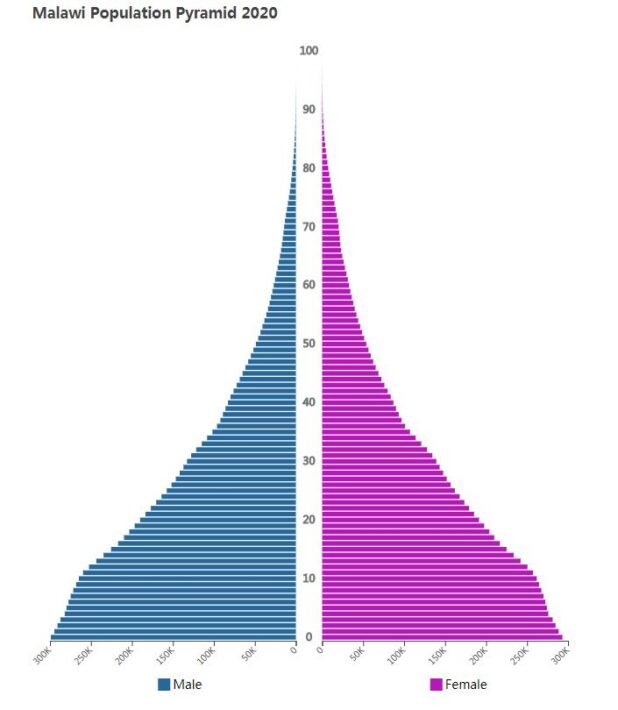 The police are accused of executing criminals

A human rights organization accuses the police of systematically carrying out extrajudicial executions of former prisoners and persons convicted of serious crimes. According to the report released by the Center for Human Rights Education, Advice and Assistance (CHREAA), 28 heavy criminally charged people have been shot by police or died under mysterious circumstances in recent years. The report shall be submitted to the Ombudsman for Justice.

Violence between Christians and Muslims after banning the veil

A school in south-east Malawi is shutting down Muslim students wearing hijabs to cover their hair. The ban leads to violent quarrels between Christians and Muslims. Two people are injured. Several private homes and buildings are destroyed, including a church and a mosque. A large majority of the country’s population is Christian, while about 13 percent are Muslims.

A protester who was in police custody dies. The man was arrested during a brutal police intervention last week after taking part in a protest march against the outcome of the May presidential election. The cause of death has not been determined, but the man’s lawyer and family claim he was beaten by the military. The demonstrations that swept across the country for months have often led to violent attempts by police and security forces to disperse participants with tear gas and water cannons.

Banning of demonstrations at borders

A court faces a demonstration ban at the country’s border crossings and airports. The ban is seen as an attempt by the government to stop the wave of demonstrations staged since Peter Mutharika was re-elected president in May 2019. Opposition parties and the human rights organization Human Rights Defenders Coalition, which have called for the demonstrations and demand the resignation of the electoral commission, say they will respect the ban.

Several fire bombs are being thrown at the property where the Human Rights Defenders Coalition chairman, Timothy Mtambo, lives. He escapes without injury. The Human Rights Devenders Coalition is behind several of the protest actions that have characterized the country since the May elections. This is the latest in a series of attacks against government-critical activists. At the end of July, the largest opposition party Malawi Congress Party office was burned down. Two leaders in the party have also had their houses burnt by bombs.

The Supreme Court states that disposable plastic should be banned. Already in 2015, the government banned the manufacture, distribution and import of plastics used for packaging and packaging. Several companies appealed the decision. The court upholds the government ban and points to the negative environmental impact of plastic. Malawi produces about 75,000 tonnes of plastic annually, of which 80 percent is disposable plastic.

Protests against the election result continue

Demonstrations against the election results are spreading across the country. Police use tear gas to disperse protesters in the country’s economic hub, Blantyre. In the capital Lilongwe and in the country’s third largest city Mzuzu, thousands demand the resignation of the head of the electoral authority. Leaders from several different opposition parties participate in the protests. Two parties have applied to the court to have the election results tested. Since the Election Authority announced in May that incumbent President Peter Mutharika won a scarce election victory, several cities have been shaken by protests. In early June, protesters stormed government buildings in Lilongwe.

The opposition does not accept the election result

Opposition leader Lazarus Chakwera demands that the election results be canceled because of cheating and submit an appeal to the country’s court. In the presidential election held May 21, Chakwera lost by just under 160,000 votes. The opposition claims widespread electoral fraud and says that several result lists appear to have been corrected afterwards. The incumbent President Peter Mutharika has already been sworn in for a new presidential term.

The election victory goes to President Mutharika and the DPP

The Election Commission announces that President Mutharika has been re-elected with 38.6 percent of the vote. Lazarus Chakwera, leader of the opposition party MCP, came in second place with 35.4 percent. The vote was temporarily suspended and one third of the votes were recalculated after the opposition filed 147 complaints about irregularities and cheating during the process. Mutharika’s party DPP also won the parliamentary elections held at the same time as the presidential election. The DPP and the largest opposition party MCP both strengthened their position in parliament. For ex-President Joyce Bandas PP, the election was a major setback. The PP lost four-fifths of its seats and now belongs to Parliament’s smallest parties. The third largest party was UDF, which also went backwards but not as much as PP.

Tough opposition for President Mutharika in the elections

Malawi holds presidential, parliamentary and local elections. President Mutharika, 78, is challenged primarily by Vice President Saulos Chilima, 46, and the leader of the largest opposition party, Malawi’s Congress Party (MCP), Lazarus Chakwera, 64. In March, the MCP entered into an election alliance with the second largest opposition party, the People’s Party (PP), which increased Chakwera’s chances are considerable. In the 2014 presidential election, Chakwera and People’s Party leader Joyce Banda together received 48 percent of the vote, while Mutharika received 36 percent. Banda does not stand up this time but supports Chakwera.

Crimes against albinos are being investigated

President Mutharika sets up a commission to investigate violence against people with albinism (lack of pigment), also called albinos. Over the past four years there has been an increase in the number of attacks against people with albinism who have been kidnapped, mutilated and in some cases murdered. Body parts from albinos are used in ceremonies by superstitious people who believe that they bring prosperity and happiness. Malawi is among the countries on the continent people with albinism are the most vulnerable. Amnesty Internationalin the summer of 2018, there were 148 crimes against albinos in Malawi since 2014 and at least 21 people were killed. Mutharika has come under increasing pressure to do something about it. A few days before the appointment of the Commission, around 700 people are demonstrating outside the presidential palace and demand a halt to the violence.

The country’s two largest opposition parties Malawi’s Congress Party (MCP) and the People’s Party (PP) form an alliance ahead of the upcoming elections in May. Ex-president Joyce Banda, leader of the People’s Party, is thus withdrawing as presidential candidate and is backing MCP leader Lazarus Chakwera.