In the century before last, the European missionaries had made Uganda the scene of European differences. During proselytizing they fought a race along tribal borders, which led to a further deepening of the differences. In Africa, too, the same rule of thumb was true: like the Lord, so’s the riot. For example, King Mutesa of Buganda became a Catholic, so his subjects became too. For decades, traditional and world religions mixed, mostly without any major problems.

In Uganda, freedom of religion is guaranteed by the constitution and laws. However, there have recently been individual arrests of sheikhs and members of religious minorities, mainly out of fear of recruiting terrorist members.

According to naturegnosis, the most common religion is Christianity with over 85%. Estimates are: Roman Catholic 39.3%, Anglicans 32%, Pentecostal followers 11%, Sunni Muslims 13.7%, followers of traditional religions 0.1%.

The evangelical Pentecostal movements are currently gaining popularity through American influence. The anti-gay campaign is mainly supported and financed from these circles.

The most diverse sects are getting more and more followers in Uganda. In March 2000, almost a thousand people who belonged to the doomsday sect of restoring the ten commandments of God died in the small town of Kanungu.

Uganda is considered a relatively safe country. Nevertheless, the Federal Foreign Office advises avoiding any approach to the Congolese border because of the unrest there. The outbreak of violence in South Sudan can repeatedly affect the neighboring region. It is also pointed out that demonstrations can develop and escalate spontaneously. In April 2019, an American tourist was kidnapped in Queen Elizabeth Park. Travelers to this park should be careful and follow the directions given by local authorities. After the terrorist attacks in the Westgate shopping center in Kenya in September 2013, in the coastal region in June 2014 and November 2015, in Uganda, too, there are repeated warnings of possible attacks. Crowds are generally to be avoided. A terrible act of terrorism with over 70 dead was committed at the final of the 2010 World Cup in Kampala.

The US State Department provides safety and travel warnings specifically for American citizens.

In Uganda over 3000 people die on the streets every year, 40% of them are pedestrians. The main causes are human error, driving too fast, risky overtaking maneuvers, overloaded trucks, dropped cargo, driving with alcohol or drugs and often without a driver’s license. Many accidents with fatalities or serious injuries occur when using the motorcycle taxis, which are usually called Boda bodas. People usually ride without a helmet, often with sparse clothing and often three or more people sit on the motorcycle, plus luggage. The government tries to intensify controls of the often fatal accidents to prevent. Buckling up and wearing a helmet should also be a matter of course in Uganda.

The use of the Internet is also becoming increasingly popular in Uganda. According to a survey, 42% of the population were already using the Internet at the end of 2019, and the number of users of so-called mobile money, i.e. money transfers via cell phones, is also increasing. The use of internet cafés is also very popular. There are WiFi hotspots in many cities, for example in shopping malls or cafes. The introduction of the tax on social media such as WhatsApp, Facebook, Twitter, etc. sparked heated discussions. 200 UGX must be paid for daily use.

There are several internet providers in Uganda. The reliability of the Internet connection varies depending on the location and network operator, but is usually very good. There are often well-developed LTE networks in large cities. Wired internet connections and real flat rates are uncommon. So-called “bundles” are common, which means that you buy a certain data volume, valid for a certain period of time (eg 10 GB for 30 days).

Communication is very important to the people of Uganda. The installation of a landline connection may still be possible in Kampala or the smaller cities with a bit of further investigation, but for the rural population this is often an impossibility. Thanks to cell phones, almost everyone can now be reached somehow. The network covers almost the whole area, there are still gaps in the national parks and in remote regions. There are many public telephones on the way, at small booths with one person as the service provider. Since the beginning of 2018, all SIM cards have to be registered personally, this is to prevent crime in the country.

Are you leaving soon and are you therefore interested in the latest weather data? Thanks to the altitude (on average 1000 – 1300 m above sea level) Uganda has a very pleasant climate.

The temperatures are on average 21-25 °C. However, it is quite cool in the mountain regions. It is warmer in the northern parts of the country, especially in the northeast, in Karamoja. The rainy season lasts from March to May, but rains can also be expected from October to November. 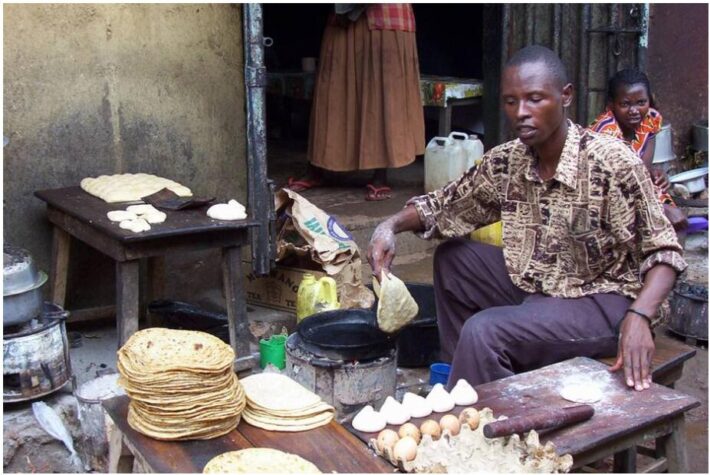